HAWAII VOLCANOES NATIONAL PARK - There has been no significant advancement of the surface flow front since July 8, and it is still 1.4 miles from the road, scientists report.

(BIVN) – The surface flows on the coastal plain near the Komokuna ocean entry have stalled, although the ocean entry itself continues.

Geologists visiting the 61g lava flow Thursday found the front of the June 26 breakout stalled with no active lava visible.

There has been no significant advancement of the flow front since July 8, scientists say, and lava still 1.4 miles from the road. The closest active surface flows were a mile and a half from the road, and consisted of sluggish pāhoehoe breakouts in a small area.

At the ocean entry, scientists report several small collapses of the leading edge of the delta occured Tuesday evening. “However, no major changes in the size or shape of the delta have been observed,” USGS reported. “Several large cracks have developed in the lava delta, running parallel to the coastline and spanning the width of the delta. These cracks increase the likelihood of a large delta collapse.” 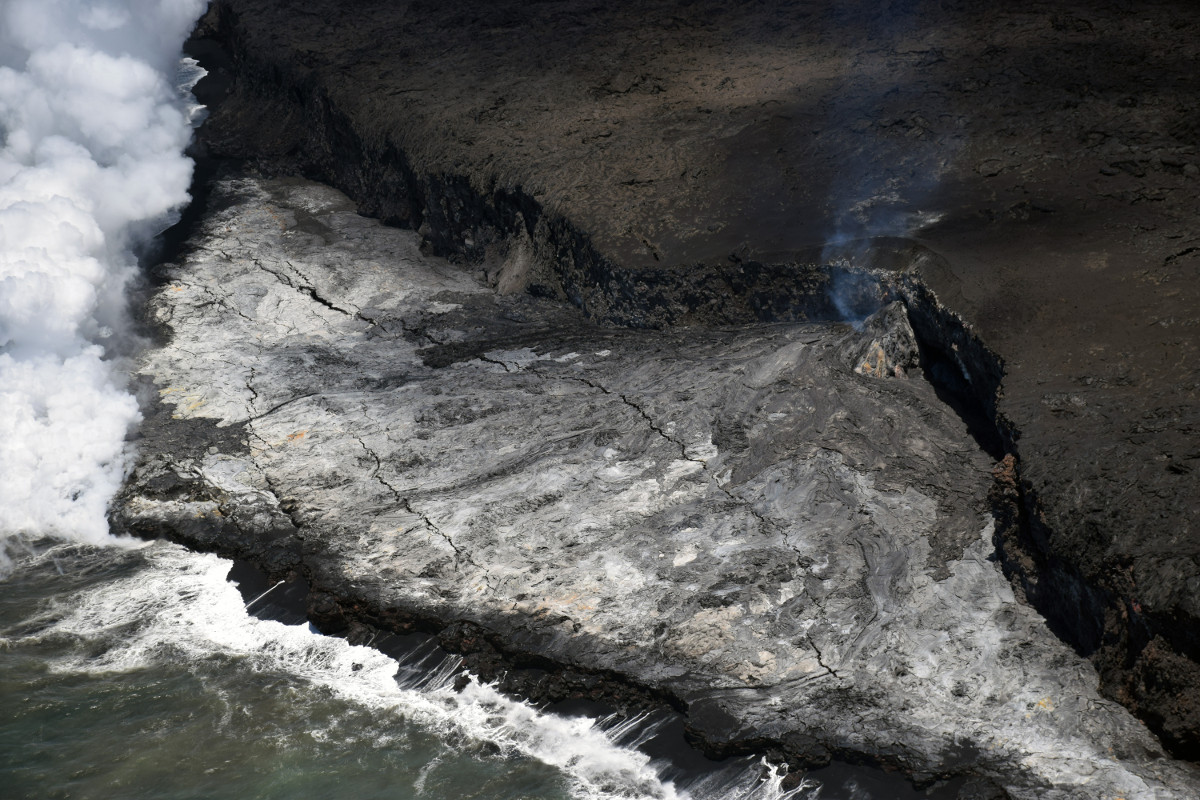 (USGS photo) A zoomed in view of the Kamokuna lava delta reveals several crack systems parallel to the sea cliff which suggests instability of the delta. Over the past few weeks, flows on the delta have built up the surface near the base of the cliff creating a slope seaward.