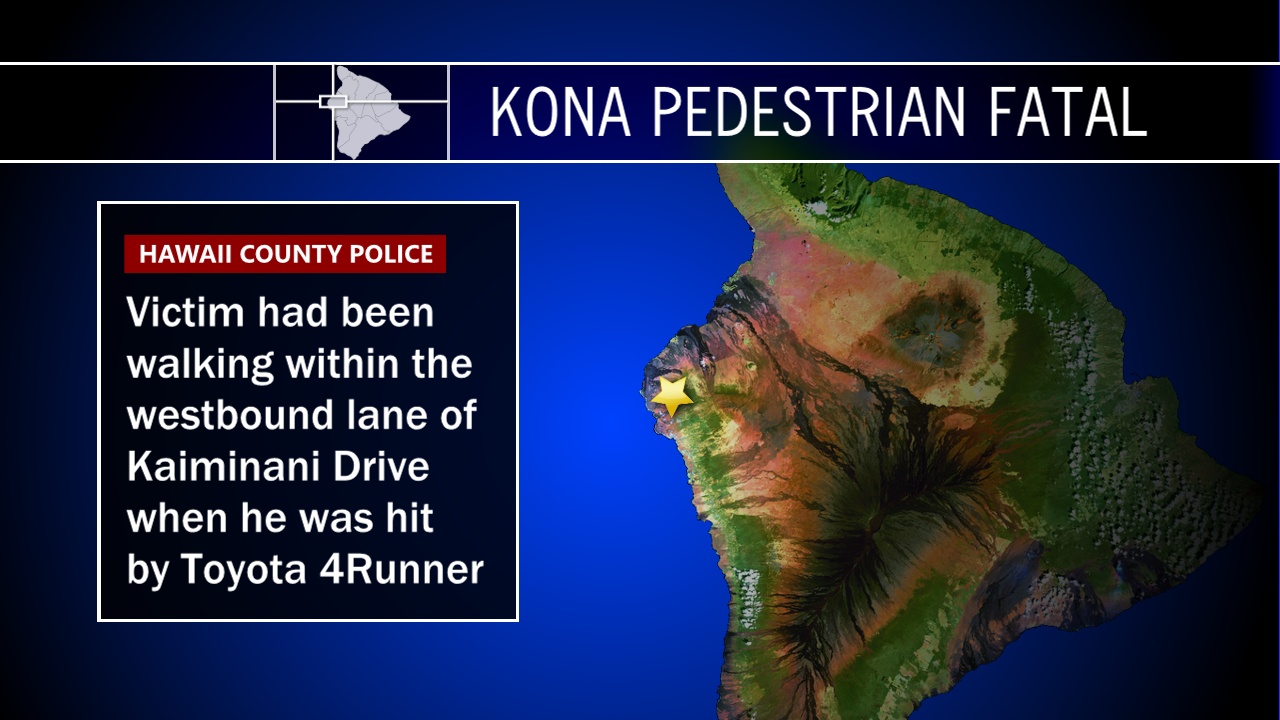 Pedestrian Killed By Car In Kona Identified By Police

(BIVN) – Police have identified the 25-year-old Captain Cook man who died after being hit by a vehicle while walking on Kaiminani Drive Sunday evening.

Police say Nelsin Santos of Oceanview had been walking within the westbound lane of Kaiminani Drive before 8:30 p.m. when he was struck at the intersection of Ane Keohokalole by a 2016 Toyota 4Runner operated by a 24-year-old Kailua-Kona man. The vehicle had been traveling west on Kaiminani Drive, police say.

Mr. Santos sustained critical injuries from the collision, police report, and was transported to the Kona Community Hospital where he was later pronounced dead that same evening – Sunday, August 13, at 9:27 p.m.

The incident closed the road for hours as police conducted their investigation.

An autopsy has been ordered to determine the exact cause of death. Officers from the Traffic Enforcement Unit have initiated a Negligent Homicide investigation and are asking anyone who may have witnessed the crash to call Officer Justin Hooser at (808) 326-4646, ext. 229. Tipsters who prefer to remain anonymous may call the island-wide Crime Stoppers at (808) 961-8300.

This is the twenty-second traffic fatality this year compared with fifteen at this time last year, according to police.