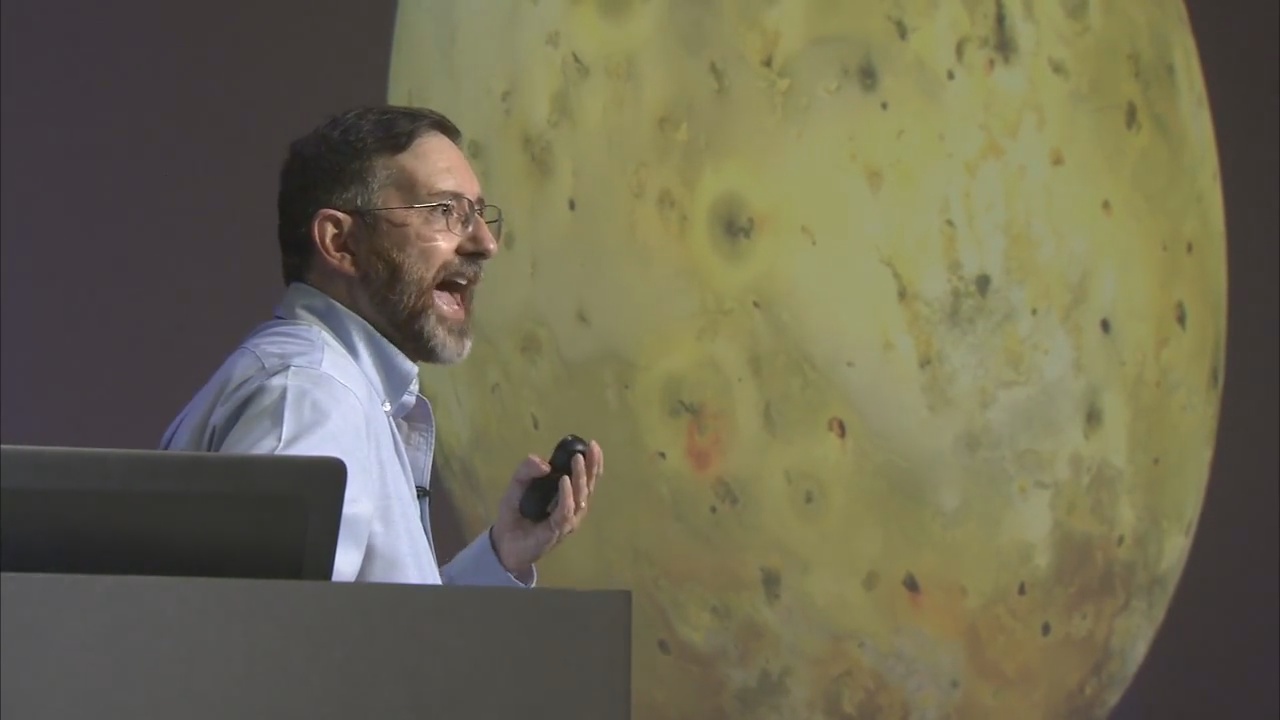 That distinction goes to Jupiter’s volcanic moon, Io, the subject of a recent talk given by NASA Jet Propulsion Laboratory vulcanologist Ashley Davies.

Davies used studies conducted on Hawaii Island – from the geology of Kilauea to the astronomy on Mauna Kea – to help explain what is known about the Jovian Satellite.

Volcanoes helped to transform the surface of the Earth, the other terrestrial planets, and the Moon. However, the biggest volcanic eruptions in the solar system are taking place not on Earth, but on Io, a moon of Jupiter. Powerful volcanic eruptions result from tidal heating, a process that also affects Jupiter’s ice-covered moon Europa. Despite multiple spacecraft visits and spectacular new observations of Io with large Earth-based telescopes, some of the biggest questions about Io’s volcanism remain unanswered. Getting the answers requires an understanding of the difficulties of remote sensing of volcanic activity; a new, innovative approach to instrument design; and ultimately a return to Io. Ashley Davies, a volcanologist at JPL, will describe how studying volcanoes on Earth leads to a clearer understanding of how Io’s volcanoes work and how best to study them from spacecraft.

As Davies’ presentation shows, the Keck telescopes on Mauna Kea assisted NASA in cataloging all of the active volcanoes on Io. 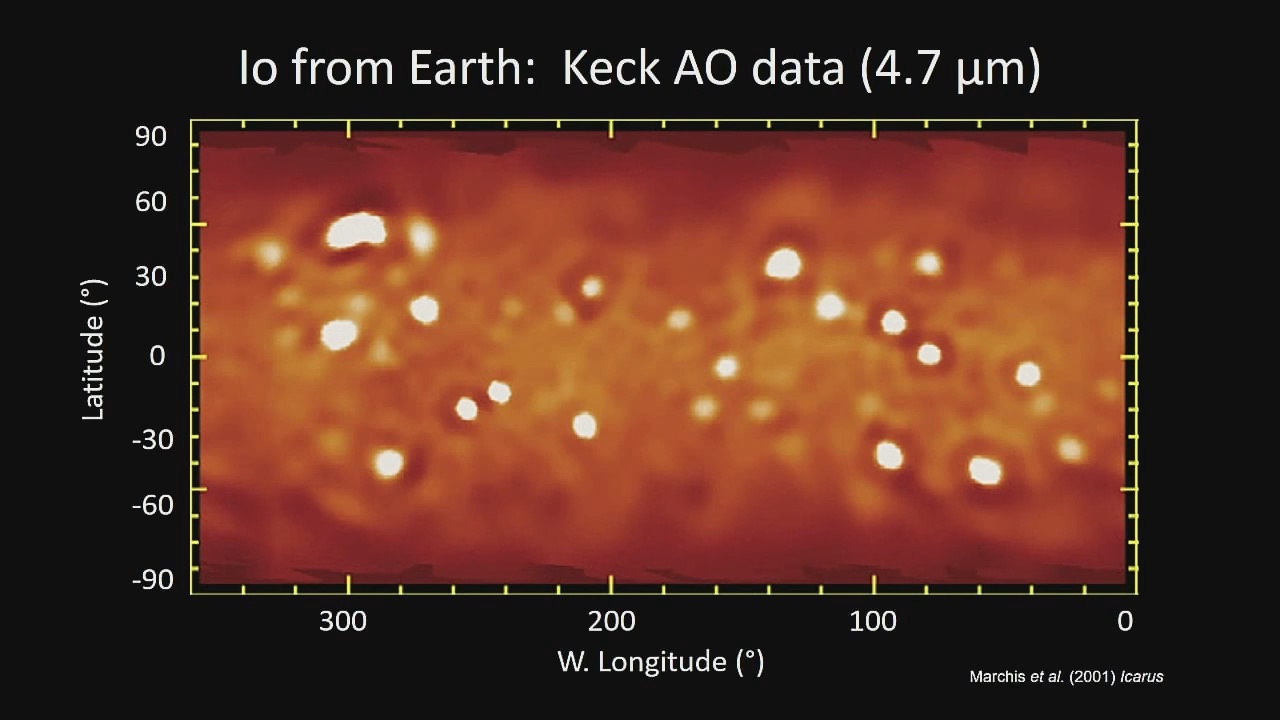