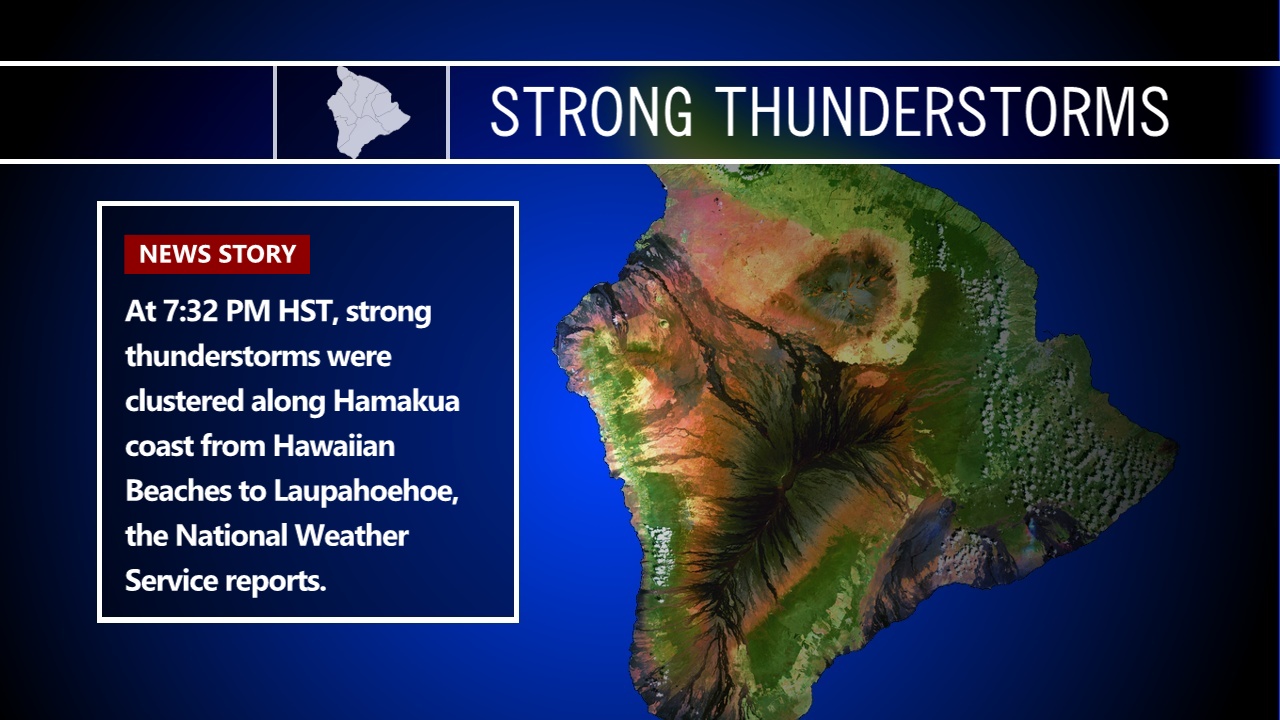 HAWAII ISLAND - Frequent cloud to ground lightning and heavy rain are occurring with these storms, the National Weather Service in Honolulu reports.

At 8:04 p.m. HST, radar indicated heavy rain over portions of the windward side of the Big Island from Hilo to South Point, the National Weather Service reported. Rainfall rates up to 1 to 2 inches per hour are expected in the heaviest showers. Periods of heavy rainfall will continue for a few more hours.

Police report all roads are open at this time, but advise that driving conditions are poor because of occasionally heavy downpours. This is a good night to stay off the highways and be safe. Remember, if lightning does threaten your area, the safest place to be is indoors.

Also be advised that due to the thunderstorm, your utilities of power and phones may be interrupted. Should power outages occur, be on the alert for non-operable traffic signals. Please treat flashing traffic lights as a four-way stop.

(ORIGINAL STORY) – At 7:32 p.m. HST, the National Weather Service in Honolulu reported strong thunderstorms were clustered along the Hamakua coast from Hawaiian Beaches to Laupahoehoe. The thunderstorms were moving northwest at 5 TO 10 mph.

“Frequent cloud to ground lightning and heavy rain are occurring with these storms,” the National Weather Service said. “Lightning can strike 10 miles away from a thunderstorm. Seek a safe shelter inside a building or vehicle.”

“Stay away from streams, drainage ditches and low lying areas prone to flooding,” forecasters warned. “Rainfall and runoff will also cause hazardous driving conditions due to ponding, reduced visibility and poor braking action. Do not cross fast flowing or rising water in your vehicle, or on foot. Turn around, don`t drown.”

Main short term concern over the next couple of days revolves around the potential for thunderstorms and heavy rainfall, the NWS reported in a Thursday afternoon discussion.