VIDEO: Lava Breakouts Light Up The Night On Hawaii Island

HAWAII VOLCANOES NATIONAL PARK - Lava breakouts on the pali and lava falls on the ocean entry delta have been the Kilauea activity highlights so far in October. 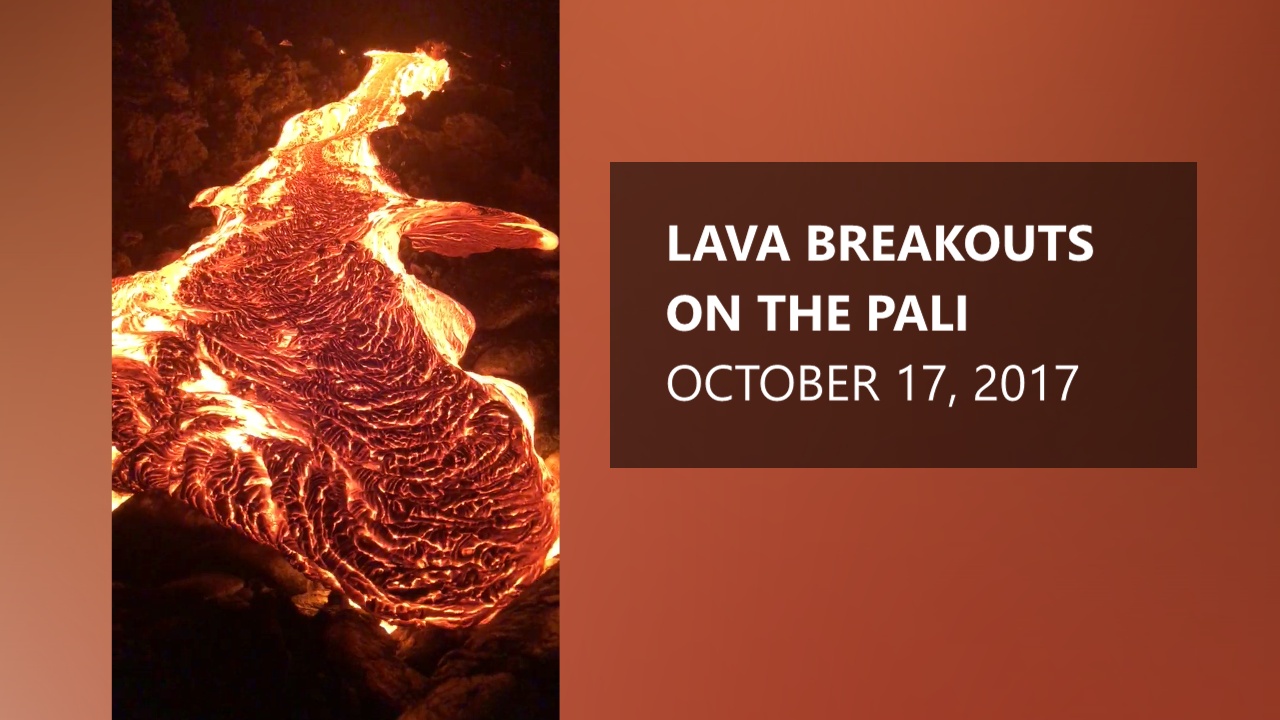 (BIVN) – A series of impressive breakouts have been recorded below the Pulama pali on Kilauea volcano’s 61g lava flow in the month of October.

To start the month, “lava falls” were observed on the Kamokuna delta, where the lava flow meets the sea, miles downhill from its source at the Puʻu ʻŌʻō vent.

The USGS Hawaiian Volcano Observatory recently recorded a time-lapse movie of the activity. The video, posted to the HVO website (and included in the video seen above this article) shows 2.5 days of lava falls onto the western side of the delta. “The movie starts just before sunset on Monday Oct 2nd, 2017,” scientists reported, “and ends in the morning of Oct 5th, 2017. The breakout feeding these lava falls is above the delta on the sea cliff, and this activity may be a continuation of a previous breakout on Sept 23. Lava falls occurred repetitively throughout the whole week, thickening the western edge along the sea cliff.” 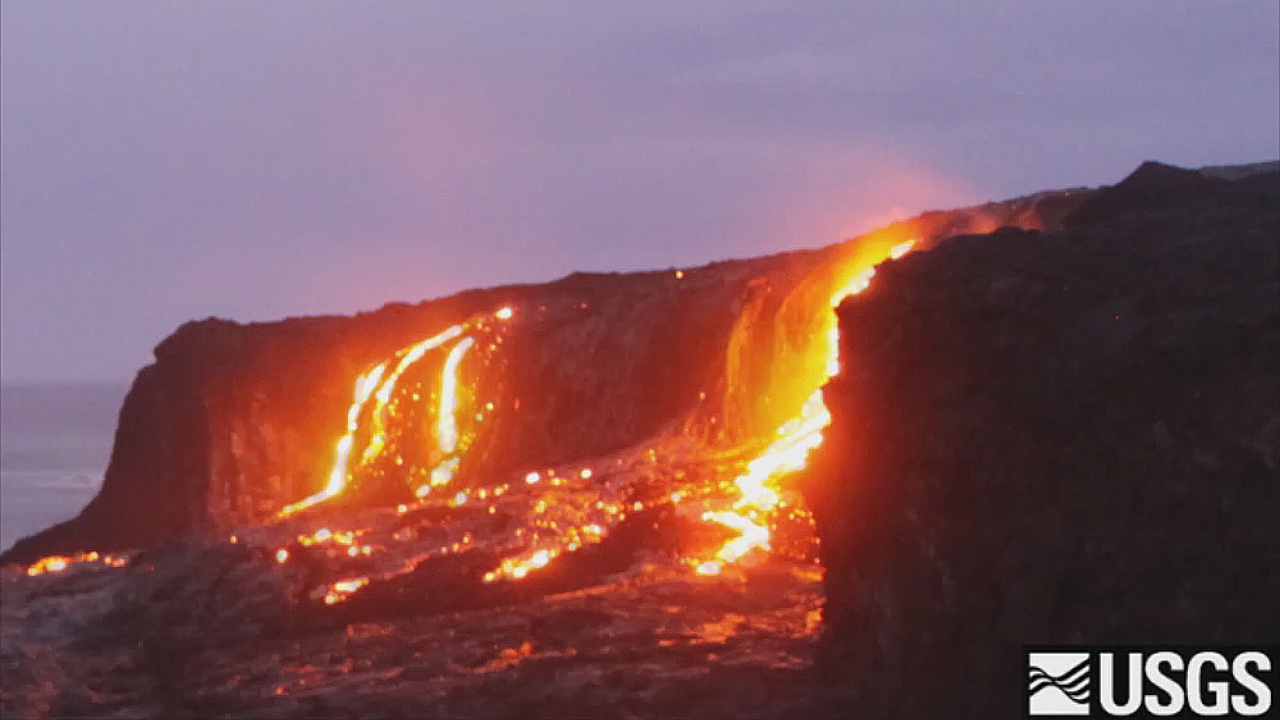 Closer to the pali, John Tarson of Epic Lava Tours captured video of a lava breakout during the evening hours. Tarson said a lava tour boat captain alerted him to the breakout on the middle of the pali. Tarson hiked out at 9 p.m. and came across a fluid cascade of glowing lava.

Scientists confirm there has been persistent surface flow activity on the upper portion of the flow field and on the coastal plain, and say the episode 61g flows do not pose a threat to nearby communities at this time. 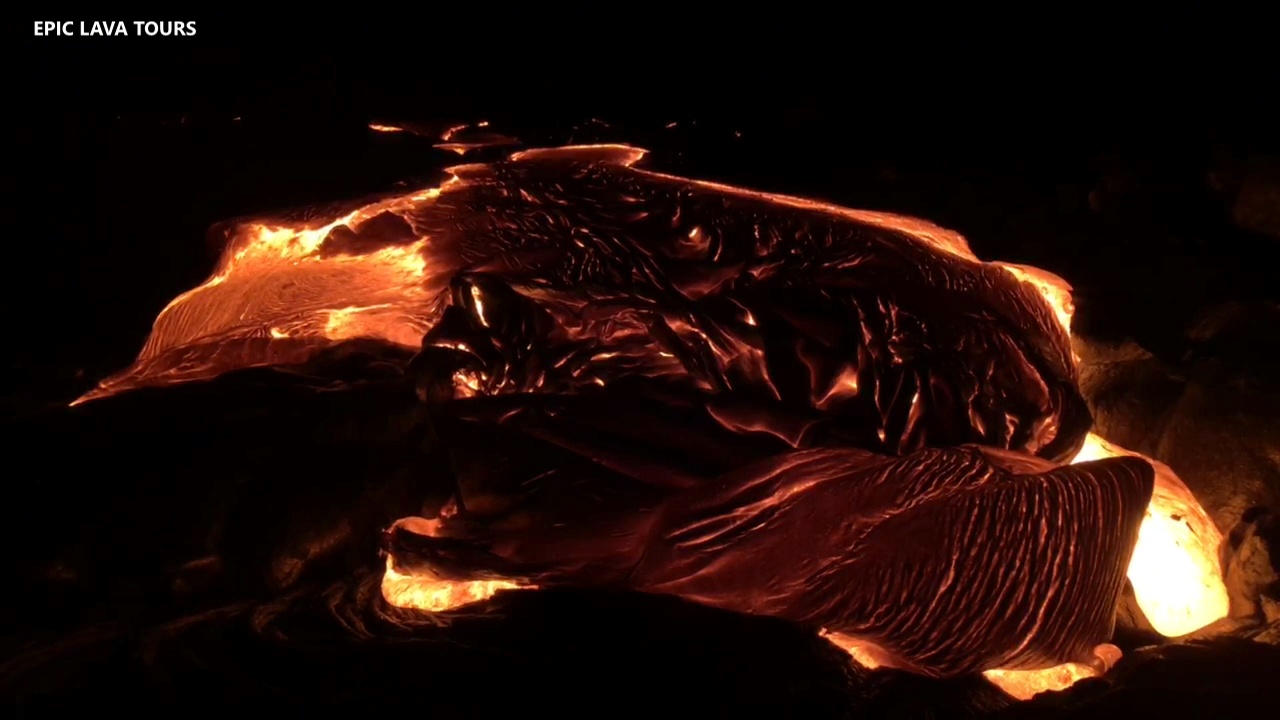