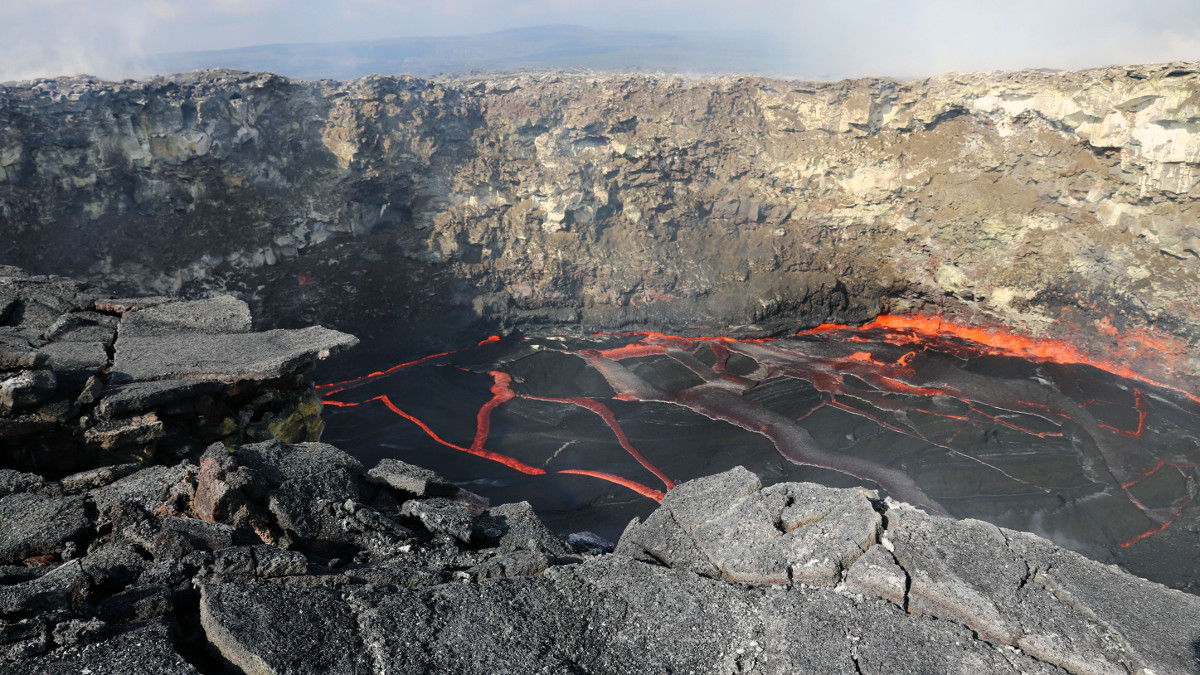 (BIVN) – Kīlauea Volcano continues to erupt at its summit and from the Puʻu ʻŌʻō vent on its East Rift Zone, scientist say, while the episode 61g lava flow is still entering the ocean at Kamokuna and producing scattered surface flow activity.

While at Pu‘u ‘Ō‘ō making observations, HVO geologists say they witnessed a small rockfall from the western wall. 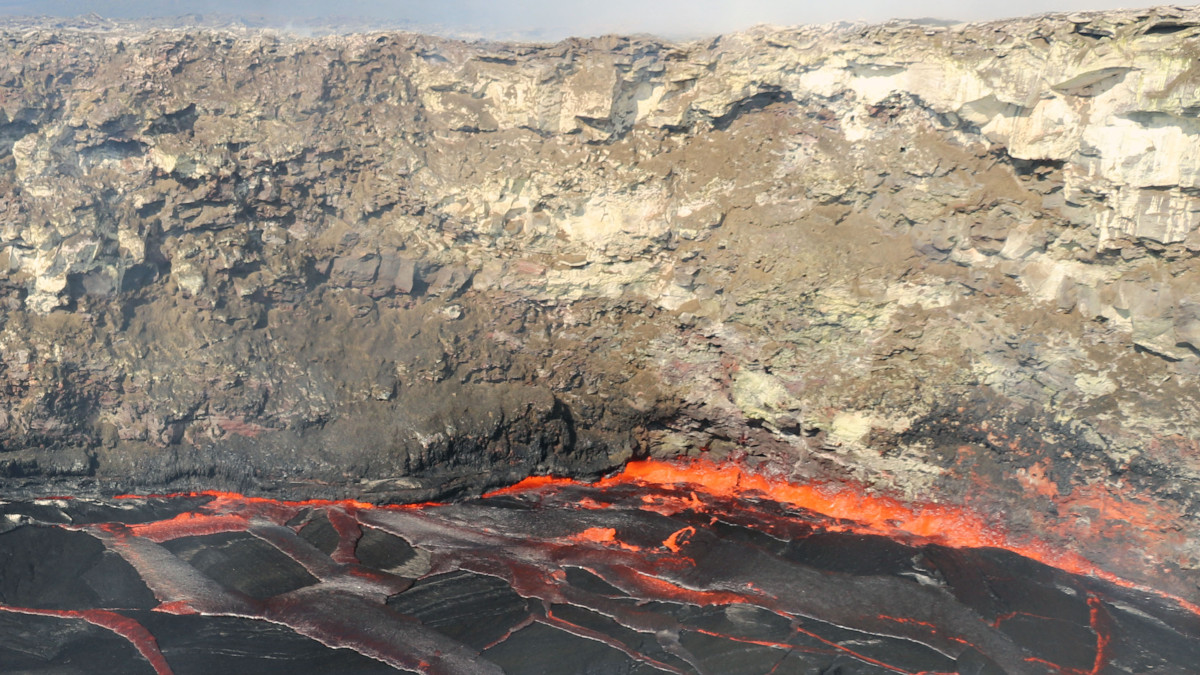 “Rockfalls into the lava pond are fairly common because the unstable west pit rim and walls have many loose altered rocks, overhung ledges, and cracks,” the USGS says.

The ocean entry at the Kamokuna lava delta was active Wednesday, with a small and wispy steam plume, HVO says. This image comparison was posted to the USGS website.

(USGS) The ocean entry was being fed by a surface flow on the delta, which is clearly seen in the thermal image (right) as a bright yellow color. The thermal image also shows heat signatures from parallel cracks in the delta that were covered by lava flows during the past several months. Based on today’s overflight, the delta is roughly 4 ha (10 acres) in size.

The nearest surface flows on the coastal plain are about 0.9 miles from the emergency road.

These flows pose no threat to nearby communities at this time, scientists say.