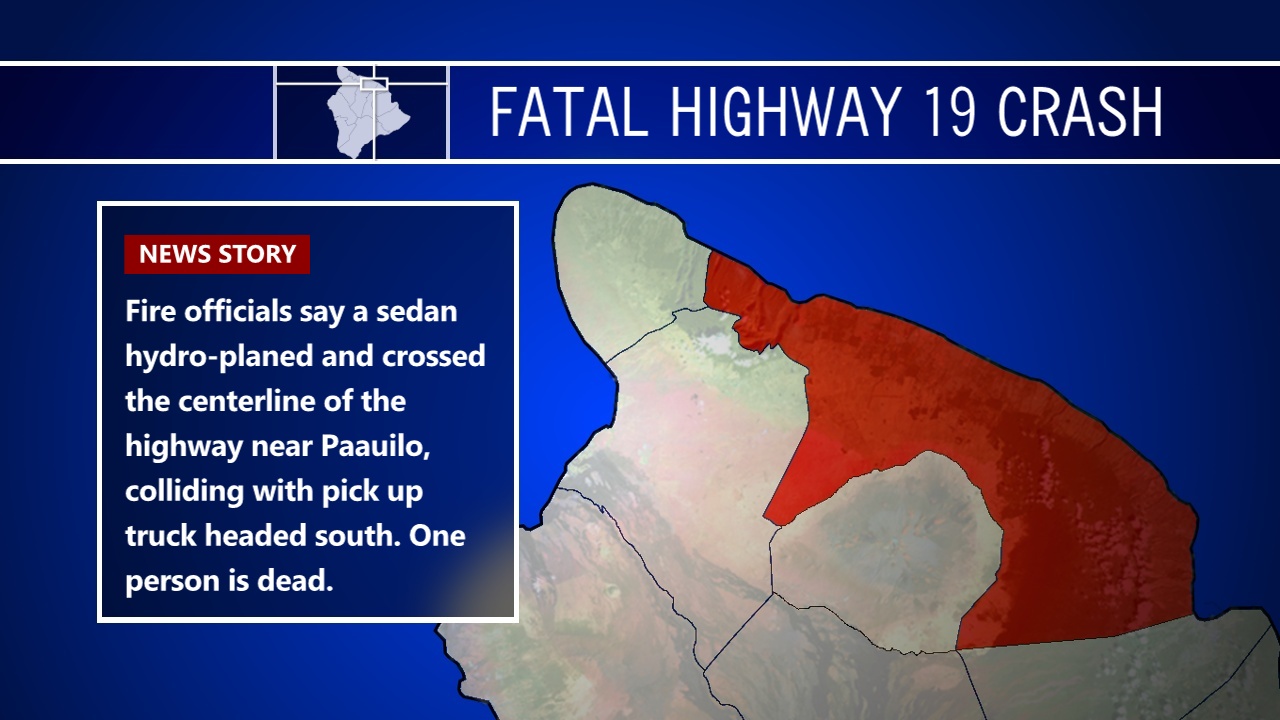 Deadly Crash On Highway 19 Near Paauilo

PAAUILO, Hawaii - First responders say a sedan hydro-planed and crossed the centerline of the highway, colliding with pick up truck headed south.

(BIVN) – One person was killed and two others injured in a Highway 19 car collision near Paauilo on Saturday afternoon.

Firefighters report the crash occurred just before 4 p.m. at about the 34 mile marker on the Hawaii Belt Road in Hamakua.

The fire department says a 4-door sedan was heading north when it hydro-planed and crossed the centerline of the highway. The sedan collided with a pick up truck headed south.

The occupant of the sedan was ejected from vehicle, and found dead about 25 feet away from the car.

2 occupants from the pick up truck had minor injuries, firefighters say. One man was treated and transported and the other was released at the scene.