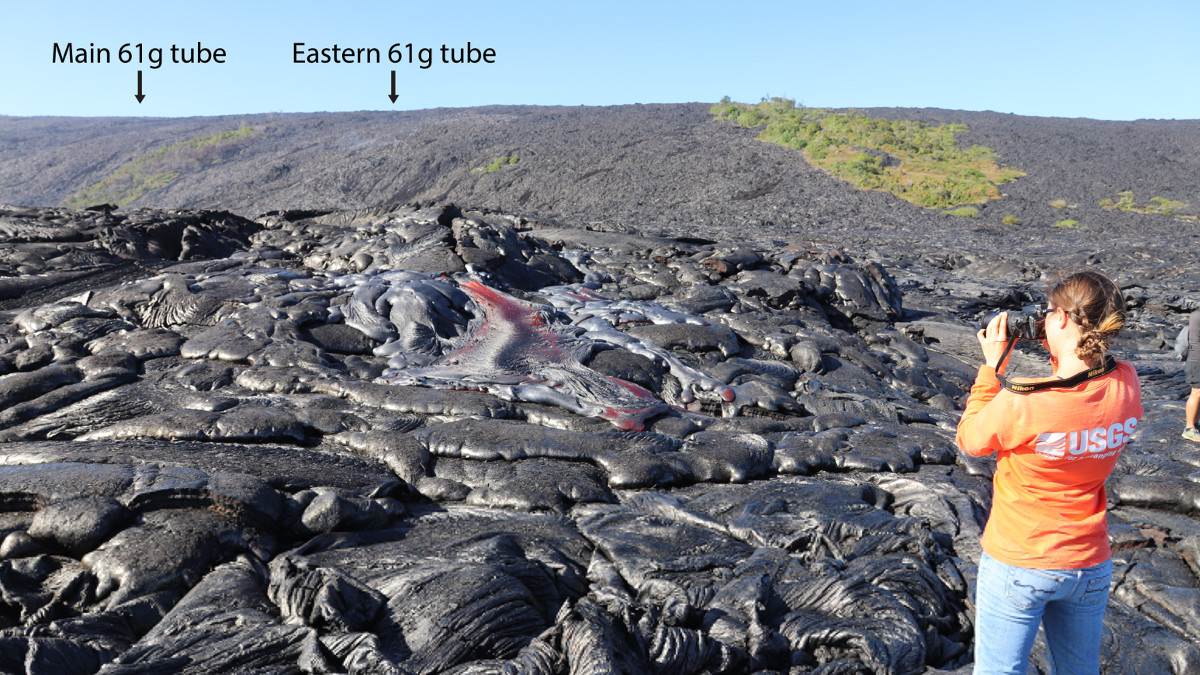 HAWAII VOLCANOES NATIONAL PARK - The episode 61g flow is still active, and surface lava flow activity persists on the upper portion of the flow field, on the pali and in scattered areas along the coastal plain. 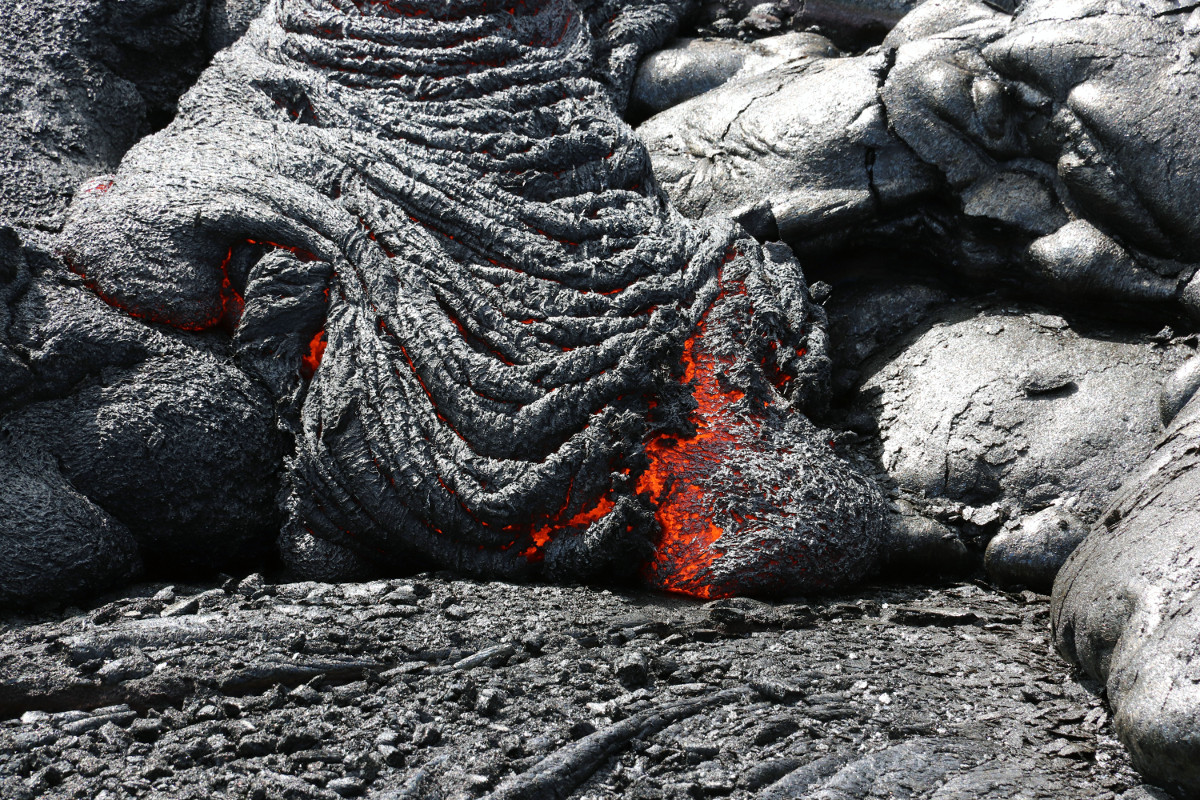 USGS: This spiny pāhoehoe breakout was small, about one meter (yard) in size, and weak.

(BIVN) – Kīlauea Volcano continues to erupt at its summit and from the Puʻu ʻŌʻō vent on its East Rift Zone, where the episode 61g lava flow is still producing scattered surface flow activity.

USGS Hawaiian Volcano Observatory geologists set out to map the flow on Tuesday, December 5, and found that the active breakouts closest to the emergency route were 1.1 miles from the gravel road. 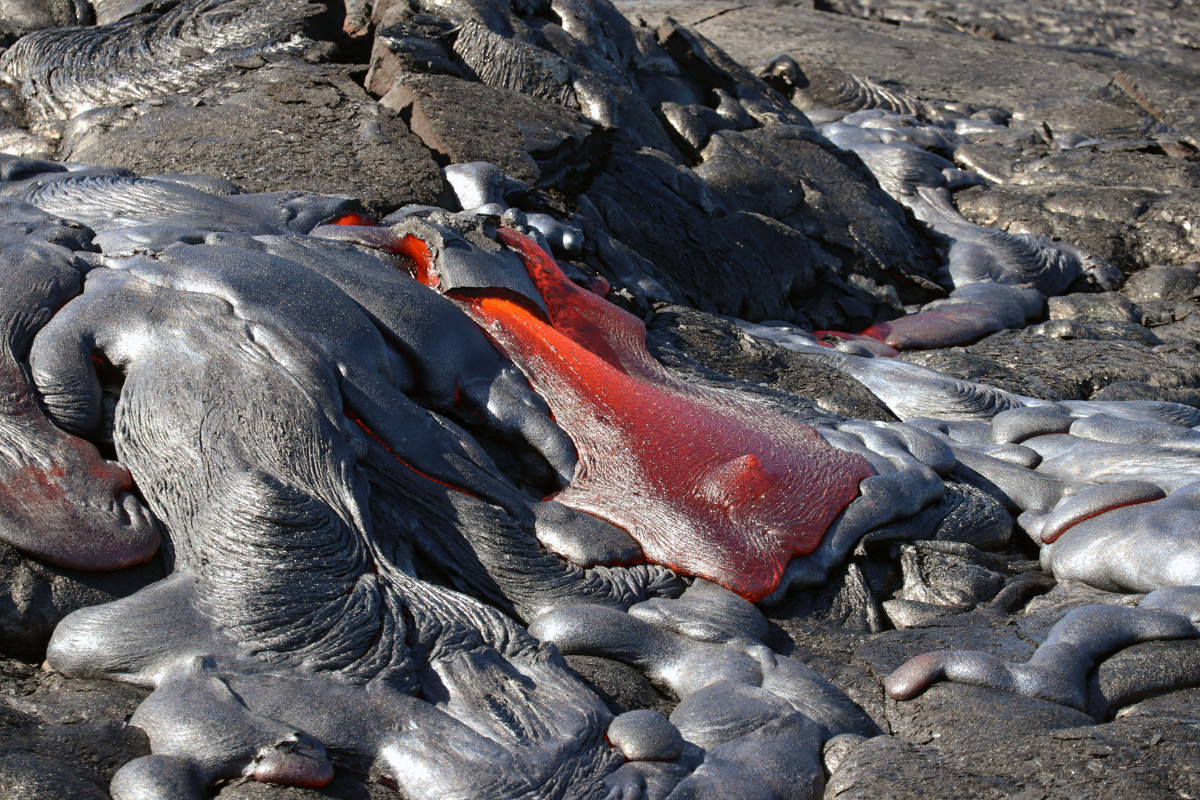 USGS: Near the base of the pali and eastern 61g flow margin, HVO geologists observed a breakout from an inflating tumulus (upper left). As pāhoehoe lava flowed from the tumulus, it cooled and crusted over. But this crust could not contain the amount of lava being supplied to the flow, and molten lava subsequently broke through it.

Scientists say the active breakouts observed Tuesday on the coastal plain were all being fed by the eastern tube (labeled in photo at the top) from the June 26 breakout. The main 61g lava tube has also been supplying some coastal plain breakouts, but within a smaller area at the base of Pūlama Pali, USGS reports.

These lava flows pose no threat to nearby communities at this time. The Kamokuna ocean entry is still inactive, as scientists reported a plume from the ocean entry area is not evident. 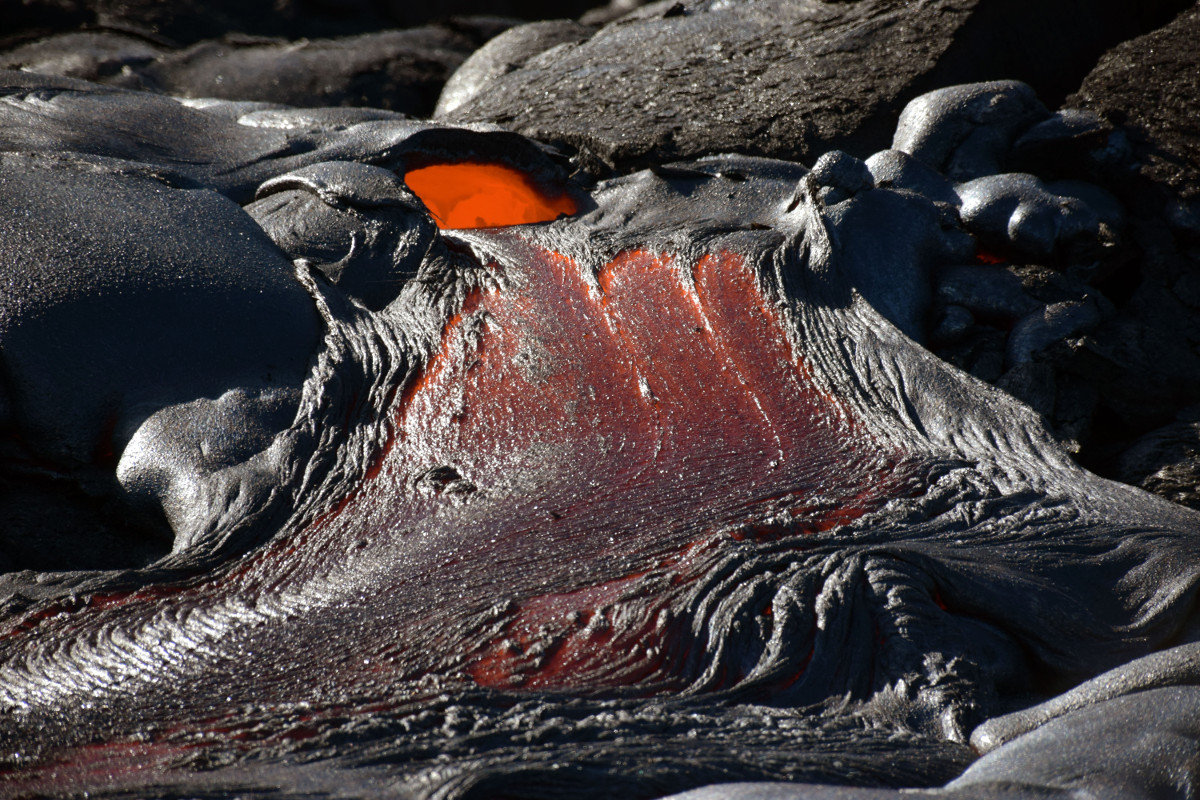 USGS: A telephoto view of the small river of lava that formed after the flows’ internal pressure fractured the pāhoehoe crust. This river is fed by the evacuation of lava from the molten interior of the flow, which created a cavity beneath the crust (top center).