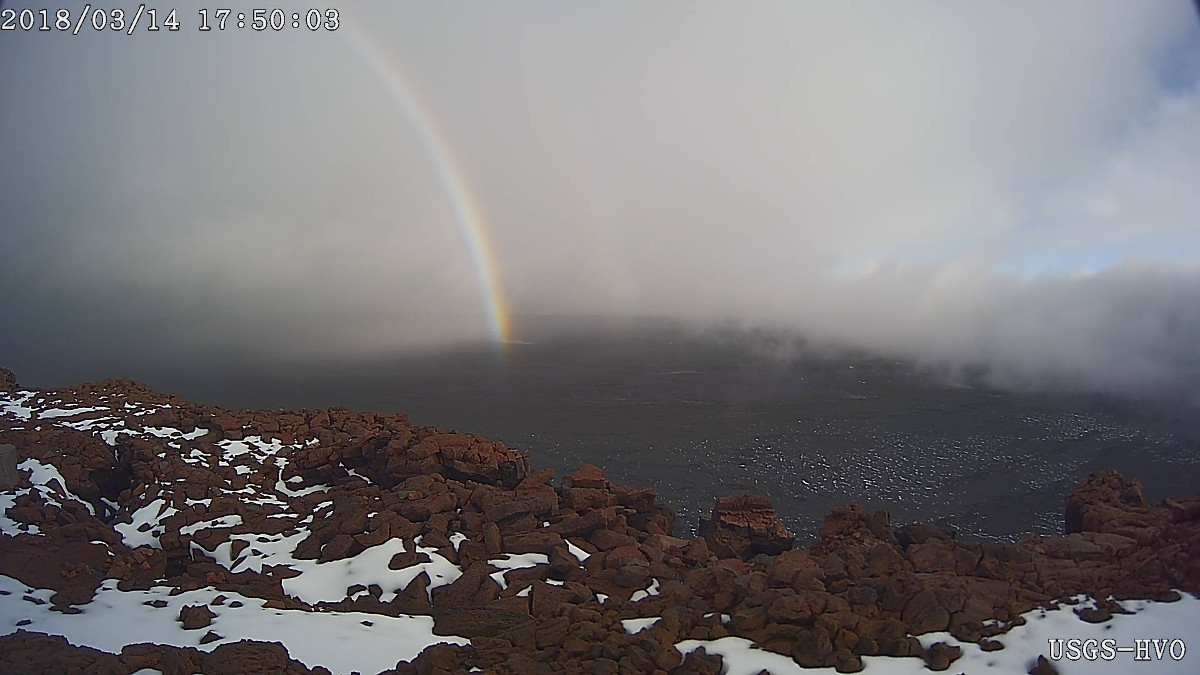 MAUNA LOA, Hawai‘i - Mauna Loa Volcano is not erupting, and rates of deformation and seismicity have not changed significantly in the past week.

(BIVN) – On March 14, the USGS Hawaiian Volcano Observatory’s webcam captured an image (above) of a double rainbow, which they say “seems to end in Moku‘āweoweo, the caldera at the summit of Mauna Loa.”

“No pots of gold were observed—only patches of snow from recent winter storms,” the scientists wrote as they posted the image to the HVO website, the first photo in the Mauna Loa section of the website to added since December 3, 2017.

Mauna Loa Volcano is not erupting. USGS reported on Thursday that rates of deformation and seismicity have not changed significantly in the past week, persisting at above-long-term background levels.