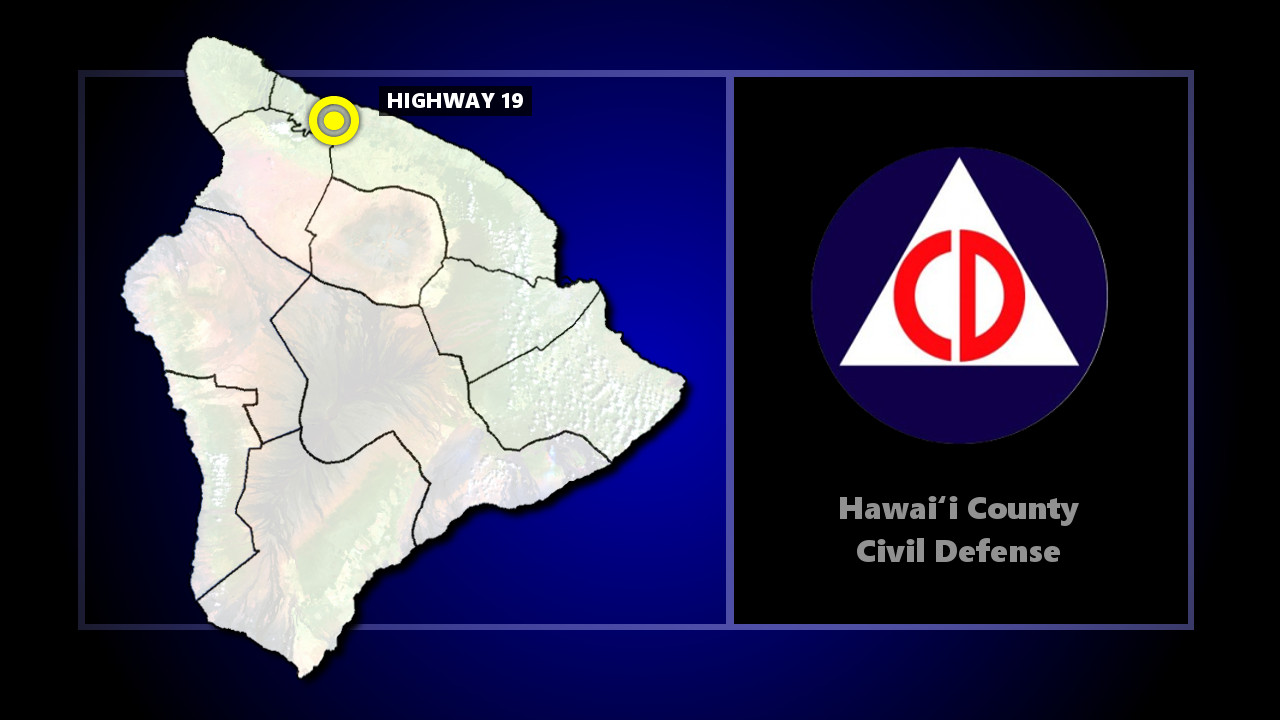 HONOKAA, Hawaii - Downed trees have been blocking the highway, off and on, since late last night.

(BIVN) – For the second time in a 24 hour period, Hawai‘i County Civil Defense reports a fallen tree has forced the closure of Highway 19 north of Honoka‘a.

Early Monday afternoon, the Hawai‘i Police Department reported Highway 19 was closed near mile marker 44 due to a fallen tree.

“Kapuna Road to Old Mamalahoa Highway is available as an alternate route,” a civil defense message said. “Motorists are advised to use caution in the area as State Highways Crews are on scene clearing the highway.”

Shortly after 1 p.m., one lane on the highway was re-opened.

Late Sunday evening, police reported a downed tree was blocking both lanes of Highway 19 between mile marker 45 and 46. Motorists were reportedly re-routed to Old Mamalahoa Highway.

There are currently no weather alerts in effect for Hawai‘i Island, aside from a High Surf Advisory for east-facing shores, and a Small Craft Advisory for the waters surrounding the Big Island.