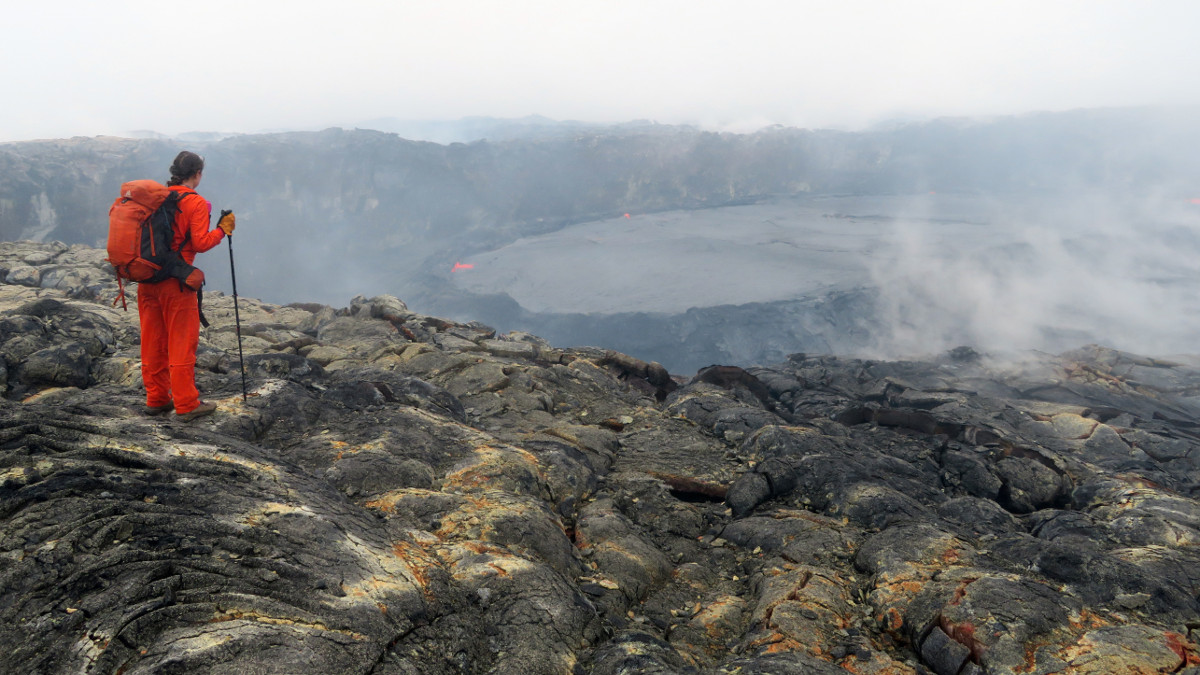 HAWAII VOLCANOES NATIONAL PARK - The day after issuing a New Volcanic Activity Notice for Kilauea, the USGS released photos of the Ongoing changes at on the East Rift Zone vent. 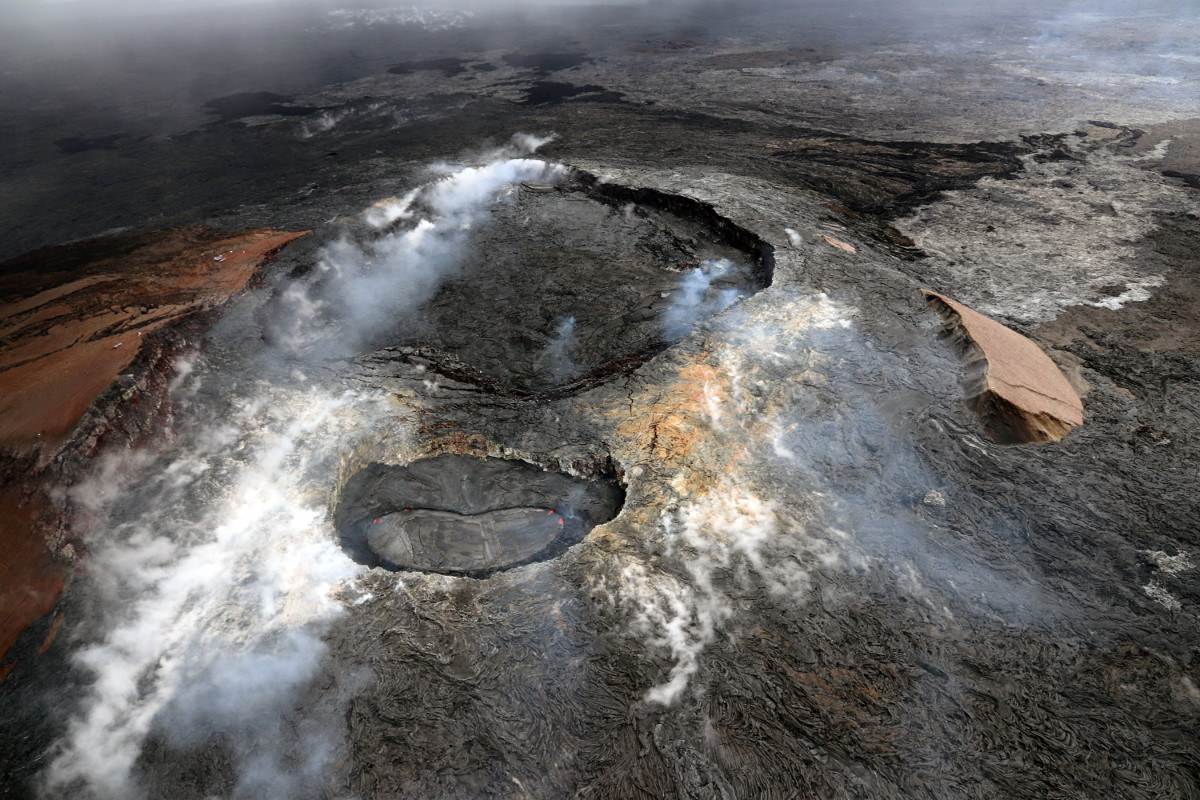 USGS: A brief break in the rain allowed for some clear views of Pu‘u ‘Ō‘ō on Kīlauea Volcano’s East Rift Zone. Since mid-March, Pu‘u ‘Ō‘ō tiltmeters have been recording inflation, and uplift of the crater floor is visible in HVO webcams. The lava pond within the west pit (foreground) has also risen several meters (yards) and has overflowed onto the floor of the west pit numerous times.

(BIVN) – Inflationary tilt continues to be recorded by a tiltmeter at Puʻu ʻŌʻō on the East Rift Zone of Kīlauea Volcano, continuing the inflationary trend of the past several weeks.

On April 17, the USGS Hawaiian Volcano Observatory issued a new Volcanic Activity Notice, reporting that the recent observations and measurements of the Puʻu ʻŌʻō suggest that the magma system beneath the vent has become increasingly pressurized.

“If this activity continues, a new vent could form at any time, either on the Pu’u ‘Ō’ō cone or along adjacent areas of the East Rift Zone,” the scientists reported.

This hazard analysis was a part of the notice:

A new vent located on the cone of Pu’u ‘Ō’ō would erupt lava flows onto one or more sides of the cone that would initially advance downslope rapidly within a few kilometers (miles) from the vent. Because of the potential for a sudden breakout anywhere on Pu’u ‘Ō’ō, the cone is extremely hazardous. The location of a new vent or potential lava-flow paths cannot be estimated until such time that a new vent forms and stabilizes.

“Similar episodes of inflation and crater floor uplift in June 2014 and May 2016 resulted in lava erupting from new vents on Pu‘u ‘Ō‘ō,” USGS wrote a few days earlier. “The current activity is similar to these previous patterns, indicating an increased likelihood — but not a guarantee — of possible vent changes at Pu‘u ‘Ō‘ō.” 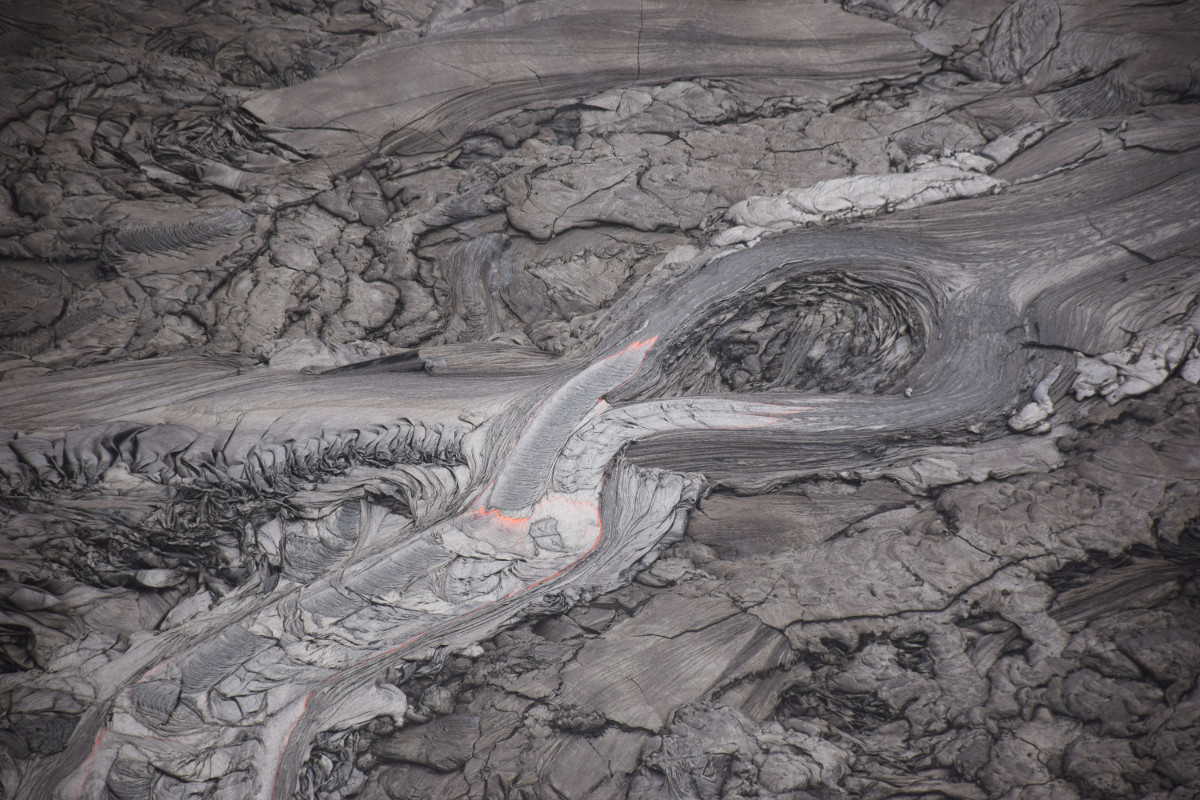 USGS:
Surface flows on the 61g flow field remain active. Most breakouts are within 2 km (1.2 miles) of the 61g vent on the flank of Pu‘u ‘Ō‘ō, but a few small surface flows are active on the upper flow field (above the pali) roughly 6 km (3.7 miles) from the vent.