HAWAII VOLCANOES NATIONAL PARK - Lava from the Overlook crater is flowing over the rim and covering the floor of Halema‘uma‘u. 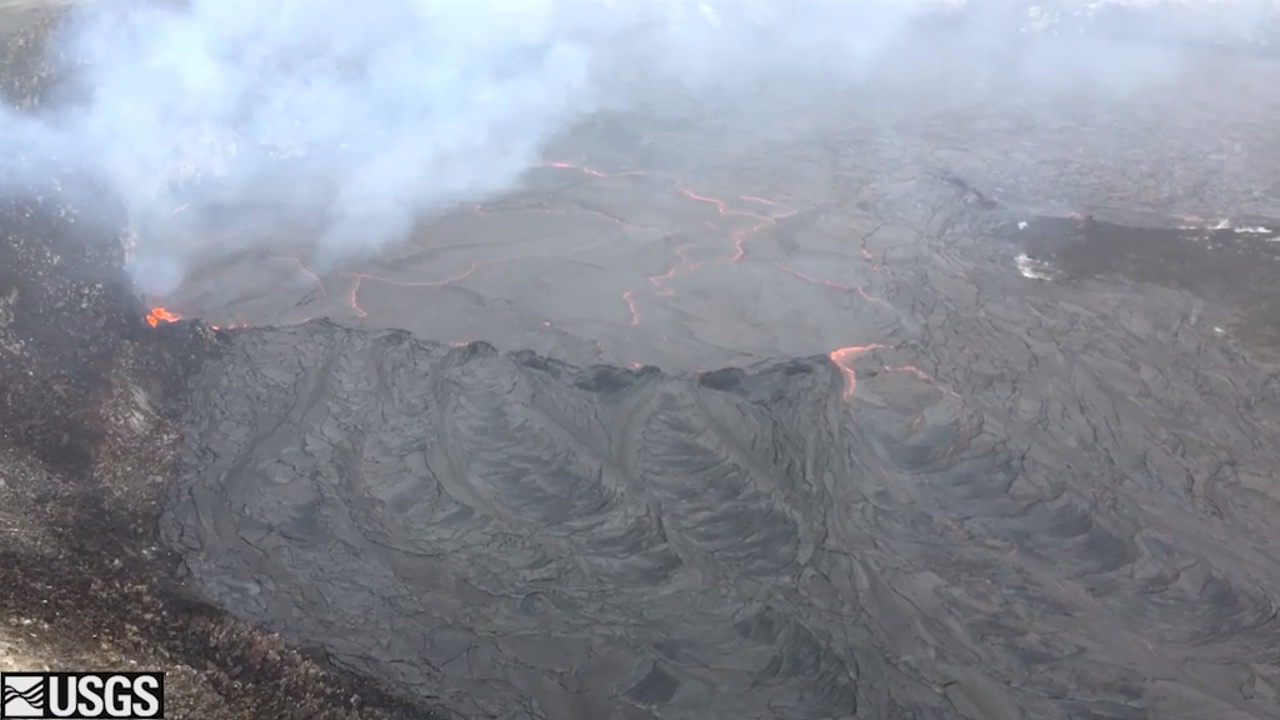 (BIVN) – Vigorous overflows from Kīlauea’s summit lava lake covered a large portion of the floor of Halema‘uma‘u this morning, and scientists with the USGS Hawaiian Volcano Observatory were able to capture the event on video during an overflight.

“In this video, the view starts from the north and heads south, showing the north and east sides of Halema‘uma‘u crater,” the USGS wrote about the footage. “During the overflight, a large overflow was active on the north margin of the lava lake, sending a cascade of lava down the elevated lake rim.”

The week of remarkable activity was summarized in this Volcano Activity Update issued on Thursday evening.

This past week, Kīlauea Volcano’s summit lava lake level fluctuated with summit inflation and deflation, eventually rising high enough to overflow onto the floor of Halemaʻumaʻu multiple times beginning Saturday April 21. On the East Rift Zone, the 61g lava flow remained active with breakouts on the upper part of the flow field. There were no active lava flows on the pali, coastal plain, or entering the ocean. The 61g flows do not pose an immediate threat to nearby communities. Two earthquakes with three or more felt reports occurred in Hawaii this past week: a magnitude-2.7 earthquake 3 km (2 mi) northwest of Keokea at 28.0 km (17.4 mi) depth on April 21 at 3:34 p.m. HST and a magnitude-3.2 earthquake 5 km (3 mi) south of Volcano at 1.8 km (1.1mi) depth inside Hawai`i Volcanoes National Park on April 26 at 1:08 p.m. HST. 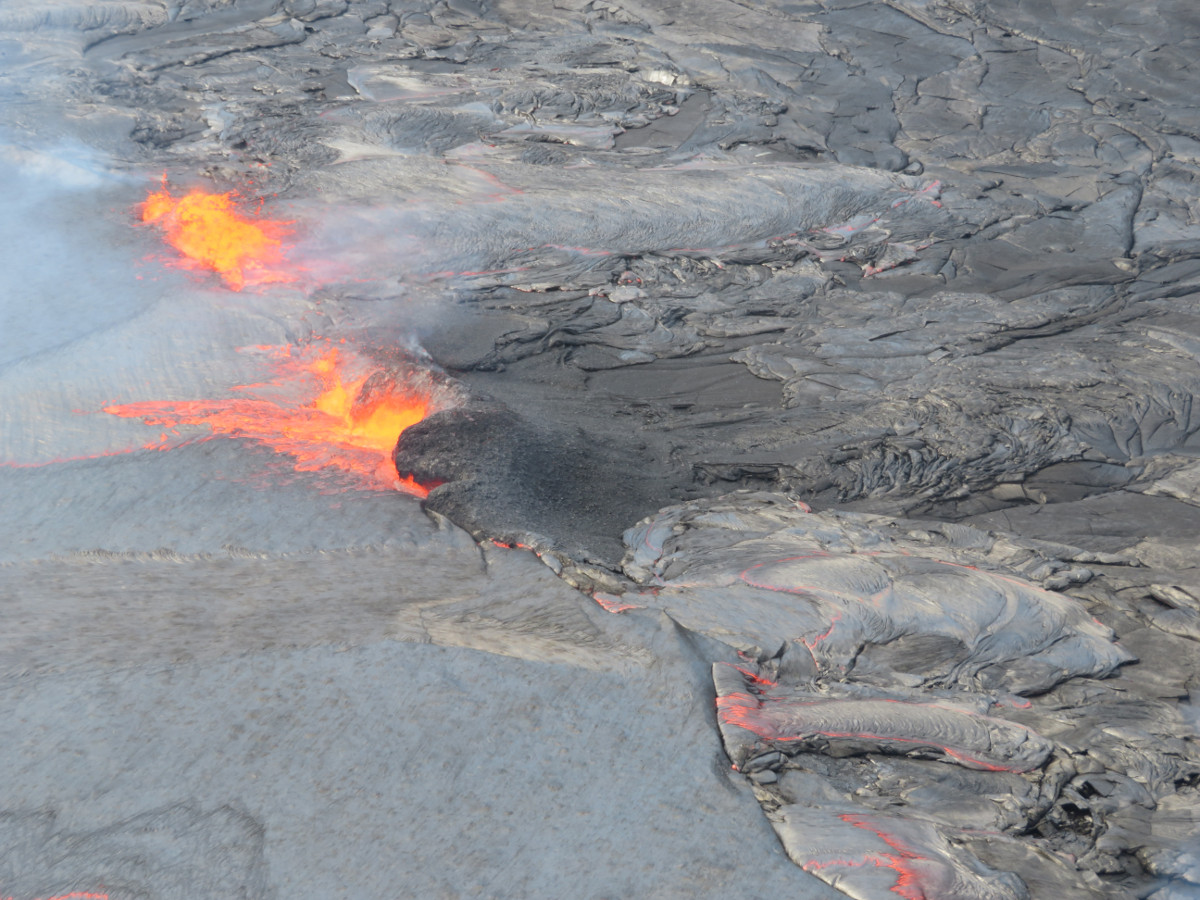 USGS: On Wednesday, a spattering site (upper left) poured lava into a small overflow directed to the north. A passive overflow of the lava lake rim (bottom right) sent a more sluggish lava flow onto the floor of Halema‘uma‘u. Just left of center in this photo, a spattering source has constructed a spatter rampart on the lake margin.