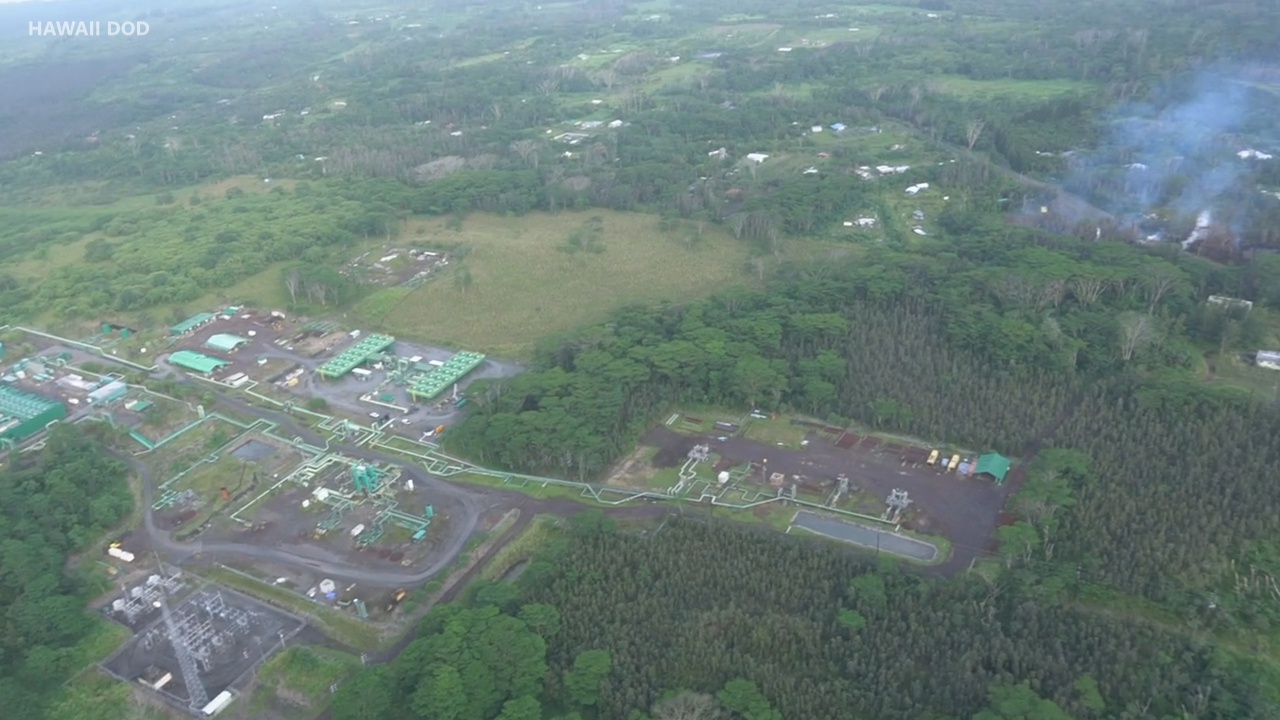 PUNA, Hawaii - Puna Geothermal Venture has completed the removal of all pentane gas offsite as of 3:15 a.m. this morning to Shipman Industrial Park, county officials say.

(BIVN) – At least one of the potential hazards posed by the possible impact of the ongoing volcanic eruption to Puna Geothermal Venture has been mitigated.

According to county officials, Puna Geothermal Venture, or PGV, “has completed the removal of all pentane gas offsite as of 3:15 a.m. this morning to Shipman Industrial Park.”

Although the power plant is shut down and secured, the community has remained concerned over the handling of pentane, the flammable substance used as a working fluid at the power plant. PGV said last Friday that they planned to move the pentane out of the potential inundation zone, but not off the site. Mounting pressure from surrounding residents resulted in a supplemental emergency proclamation issued by Governor David Ige, expediting the removal of the pentane, as well as identifying and carrying out other mitigation steps.

Of continued concern are the existing geothermal wells on the site. “The wellhead being destroyed or damaged is a even bigger impact,” Governor Ige said at a media conference yesterday. “These wells are drilled very deep, and clearly having an open well head directly into the volcano essentially would release a lot of sulfur dioxide and other hazardous materials into the air. It would be released until we could take action to close the wellhead.”

“I want to emphasize that there is no immediate danger on these facilities,” Governor Ige said. “We took action to shut down Puna Geothermal. We are being proactive to ensure that we have clear command to be able to take action when necessary. And then most importantly, creating an independent team of experts that can look at the risk involved, find the alternatives that to mitigate that risk, and then be authorized to implement them.”