PUNA, Hawaii - The middle portion of the fissure system is the most active with flows and ground cracking in the area of Leilani Estates and Lanipuna Gardens. 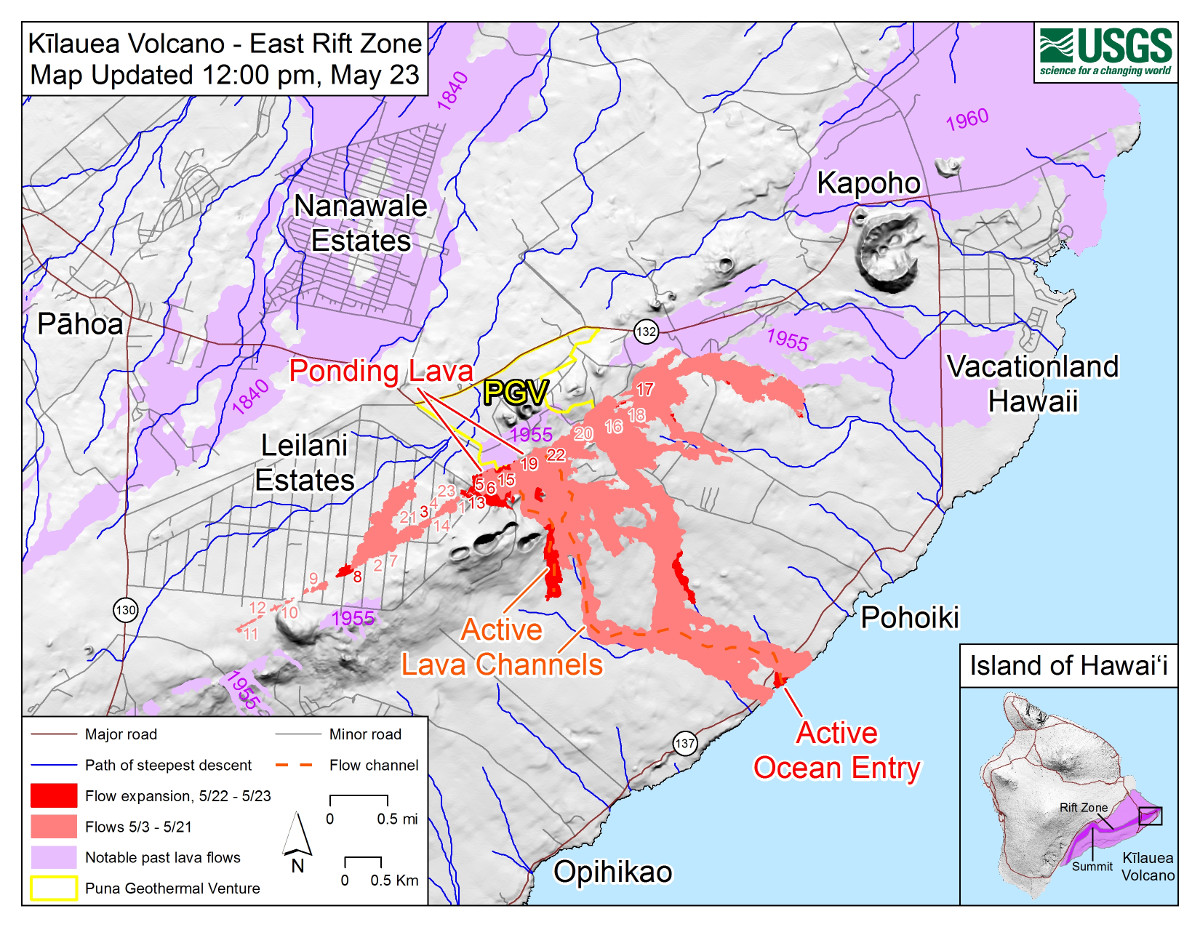 The middle portion of the fissure system is the most active with flows and ground cracking in the area of Leilani Estates and Lanipuna Gardens, civil defense reported at 6 p.m.

Fissure 6 through 22 continue erupting lava fountains. The fountains from Fissure 22 feed a single lava channel that reaches the coast just north of MacKenzie State Park. The actual point of entry has continued shifting to the west. Fountains erupted from Fissures 5, 6, 13, and 19 continued to feed a lava flow advancing to the south along the west side of the Fissure 22 flows and may reach the ocean this afternoon or evening. Fissure 17 continue weak spattering, Fissure 8 reactivated briefly this morning to erupt two small pahoehoe flows over the initial `a`a flow.

According to USGS scientists, “volcanic gas emissions have tripled as a result of the voluminous eruptions from the erupting fissures so SO2 concentrations are likely elevated to higher levels throughout the area downwind of the vents. Moderate trade winds today means that areas downwind of Kilauea gas emission sources may experience varying levels of vog.”

County officials had this update on Puna Geothermal Venture this evening:

Frequent ash emissions continue at the Kilauea summit. According to USGS:

Multiple small eruptions of ash occurred over the past day, all ejecting ash to under 10,000 ft above sea level. One of the largest occurred about 10:30 this morning. Additional explosions are possible at any time.

Hawaii County officials are warning residents to take action to avoid exposure to ash. The county is distributing free masks for ash protection: