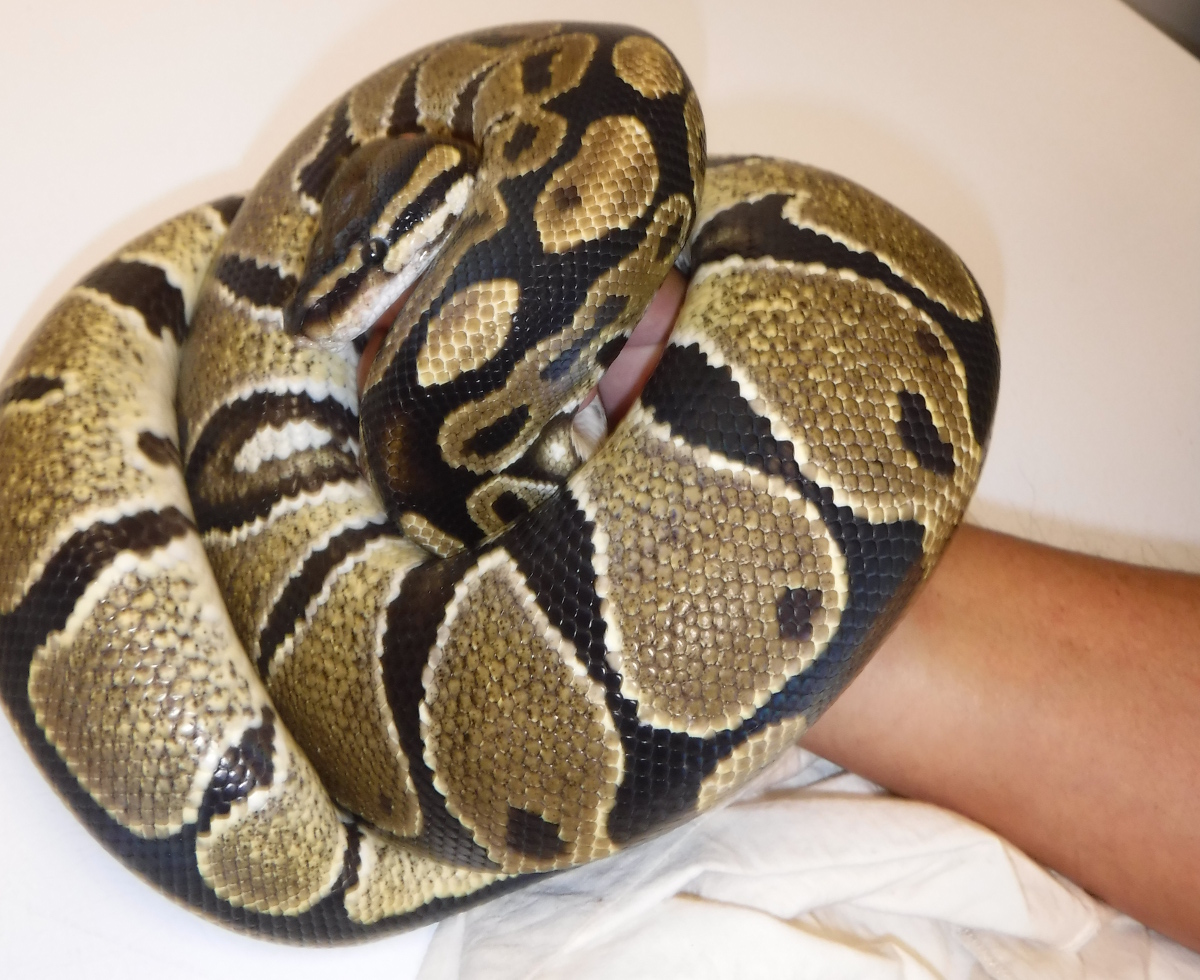 Snake Caught In Hilo Near Landfill

HILO, Hawaii - The snake, which has been tentatively identified as a non-venomous ball python, measured three-and-a-half feet long.

(BIVN) – A live, three-and-a-half ft. long snake was captured over the weekend in Hilo, the Hawaii Department of Agriculture announced Tuesday.

The snake, which has been tentatively identified as a non-venomous ball python, was found on the road next to the South Hilo Sanitary Landfill by county workers. Hawaii County Police contacted the ag department’s Plant Quarantine Branch in Hilo Monday morning and inspectors picked up the snake.

The snake is now being transported to the Plant Quarantine Branch in Honolulu.

According to state officials:

Ball pythons are non-venomous and are common in the pet trade on the mainland. They are native to Western and West-Central Africa and are constrictors that subdue prey by coiling around it, causing death by suffocation. Their diet usually consists of small mammals and birds. Ball pythons may grow up to six feet long.

Snakes have no natural predators in Hawaii and pose a serious threat to Hawaii’s environment. Many species also prey on birds and their eggs, increasing the threat to endangered native birds. Large snakes can also be a danger to the public and small pets.

Individuals who see or know of illegal animals in Hawaii are encouraged to contact the State’s toll-free PEST HOTLINE at 643-PEST (7378) or turn them in under the State’s Amnesty Program, state officials say.