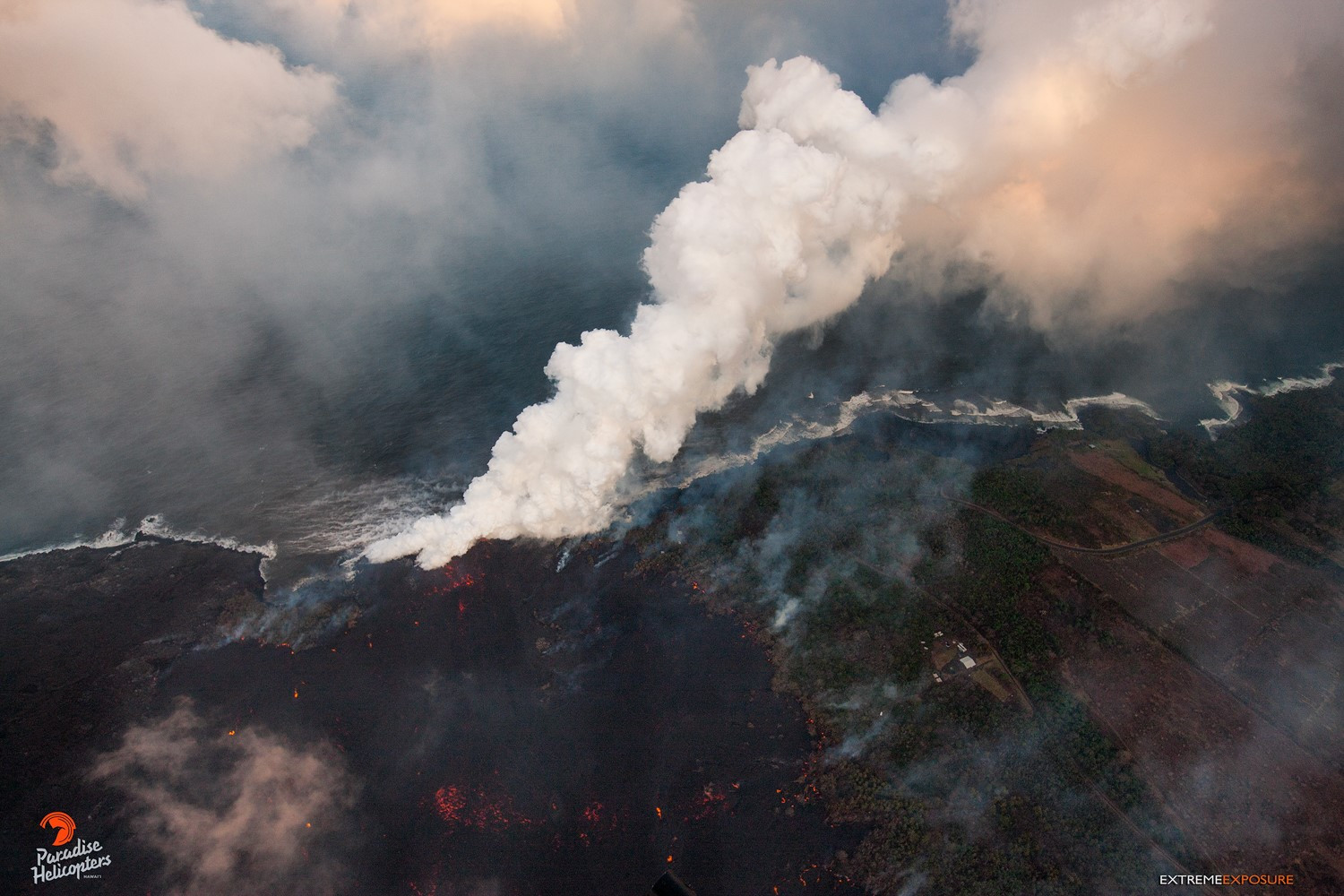 PUNA, Hawaii - The beloved beach park and public charter school were covered by lava on Wednesday evening, as a new lobe branched off the Fissure 8 flow and entered the ocean. 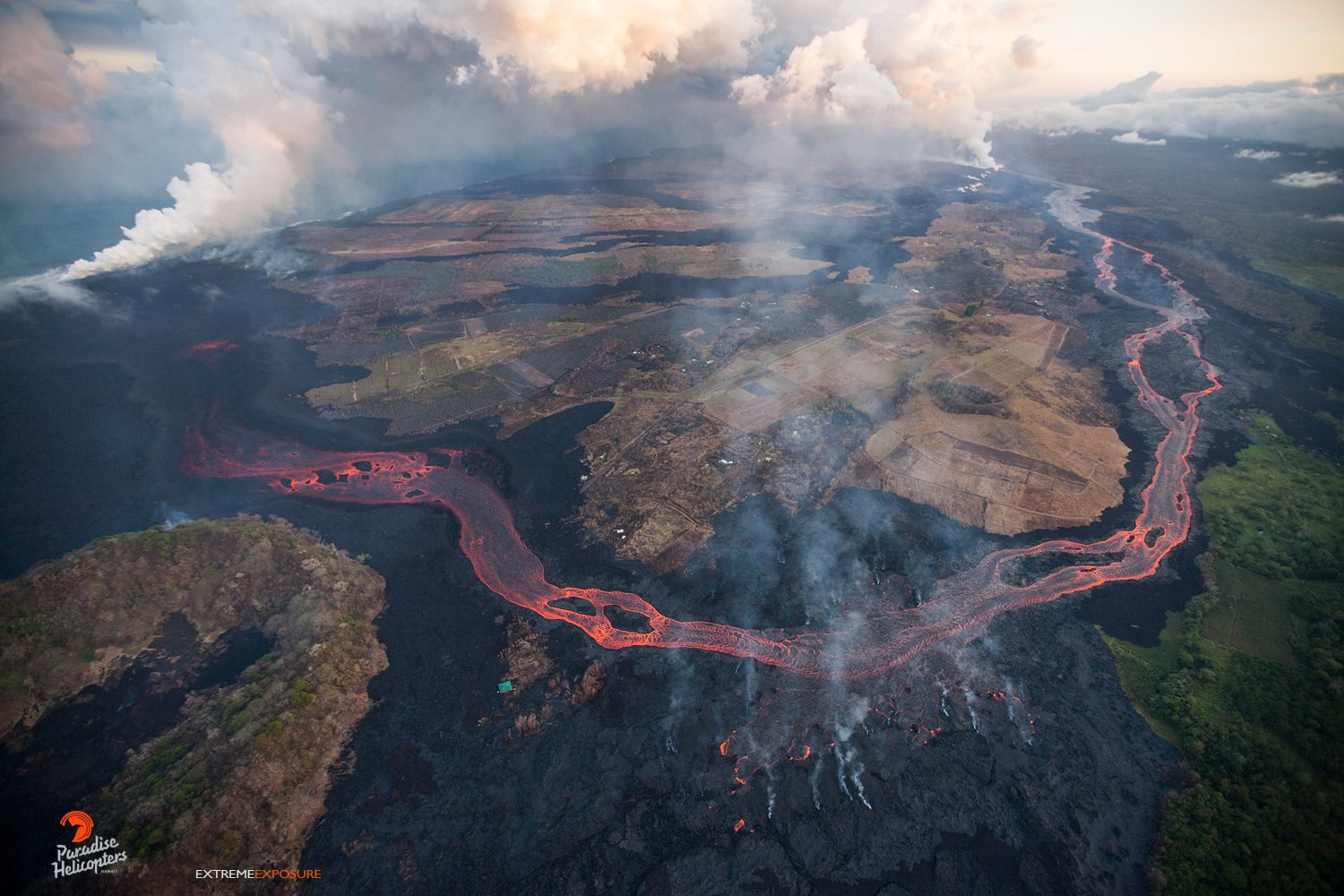 A view of the entire eruption zone, with fissure 8 in the upper right, and the new ocean entry on the far left. Kapoho Crater sits in the lower left. Photo courtesy Bruce Omori.

(BIVN) – A popular Puna beach park that was home to a unique warm pond, as well as beloved public charter school facility, were both taken by lava on Wednesday evening.

Ahalanui Beach Park and Kua O Ka La Public Charter School were buried under a fast-moving, channelized ʻaʻā flow sometime before 6 p.m. on July 11, as the lava made its way to creating a new ocean entry.

Government officials said their confirmation of the loss would come after a morning survey, but Bruce Omori of Extreme Exposure Fine Art Gallery provided the visual evidence, from an evening Paradise Helicopter flight, that the warm ponds and the school have been lost to lava.

“I am saddened to report that Ahalanui Beach Park (Warm Ponds) and Kua O Ka Lā Public Charter School were lost to the eruption this afternoon,” Omori reported on Facebook. “The channelized flow passing to the west of Kapoho Crater, has been transporting an enormous volume of lava to the coast, forming a new ocean entry.”

The ocean entry was first reported by lava boat operators Ikaika Marzo and Shane Turpin, who streamed video to Facebook showing huge plumes in the areas of Secrets Surf Spot, although the laze from the new lava entry obscured a view of Ahalanui Beach Park. Omori’s flight confirmed the loss of the warm ponds and the school, which was set back from the shore.

A fundraising effort is underway to help Kua O Ka La PCS relocate to a site in Hilo.

UPDATE: An audio message was issued by Hawaii County Civil Defense at 6 a.m. and a USGS Hawaiian Volcano Observatory overflight video was posted after. Both are utilized in the video below: