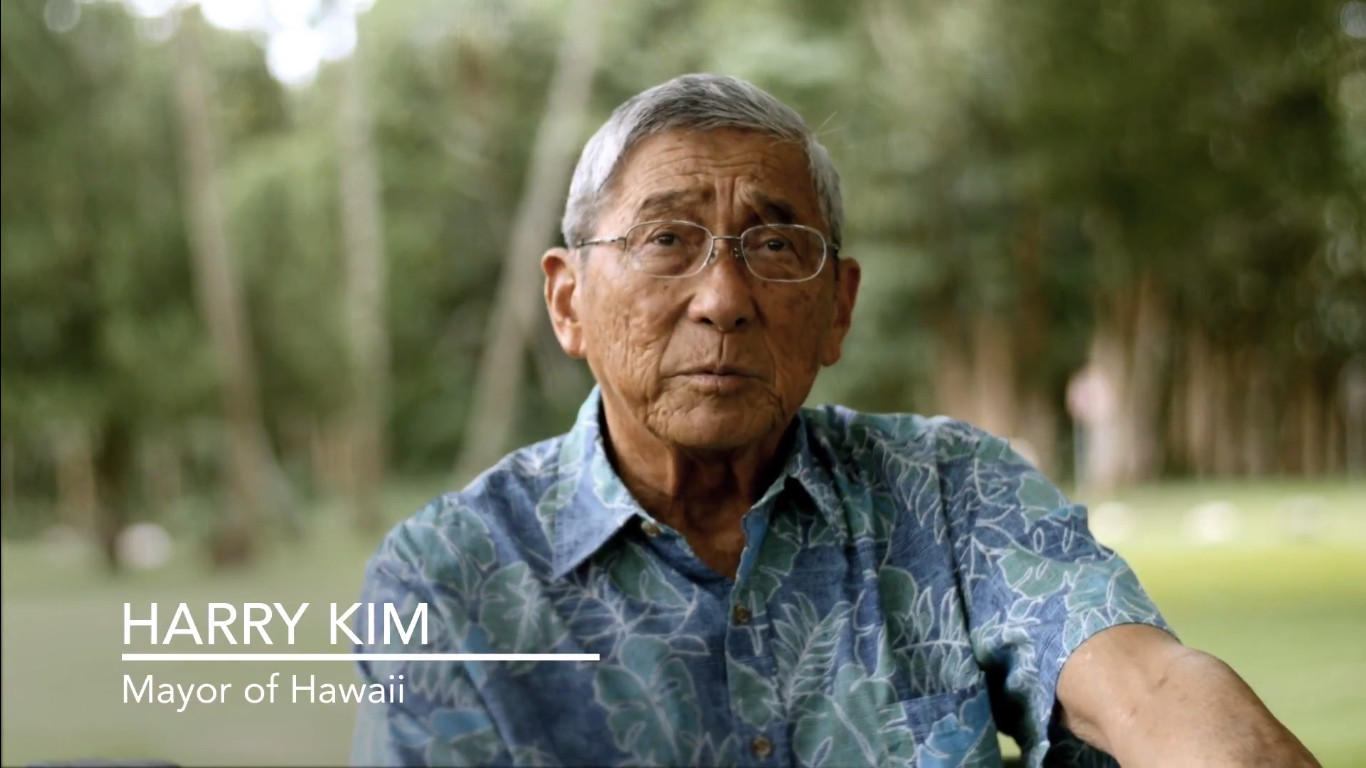 image from campaign ad by David Ige For Governor

HAWAII ISLAND - The Hawaii County mayor speaks highly of the governor seeking re-election, praising the state's response to the eruption of Kilauea Volcano.

(BIVN) – Governor David Ige has just unveiled a campaign advertisement featuring a Hawaii Island leader whose opinion carries a lot of weight on the Big Island.

Hawaii County Mayor Harry Kim has thrown his support behind the incumbent governor in a new video that focuses primarily on the way Ige came to the aid of Puna when Kilauea began erupting on the lower East Rift Zone in May.

Mayor Kim’s endorsement offers perhaps the best counter argument to Ige’s political opponents, who have attacked the governor on his leadership, especially in recent days. Congresswoman and gubernatorial candidate Colleen Hanabusa has derided Ige over the “38 minutes” it took “to cancel the false missile alert and the more than eight hours it took to alert authorities of a psychopathic killer’s escape from the state hospital,” as well as the most recent erroneous release of a detainee charged with the fatal shooting of a man in South Kona.

But with Mayor Kim, Gov. Ige has a political ally who has helped shoulder the burden on other difficult situations, like the future of Mauna Kea, the selection of a new Hawai‘i State Emergency Management administrator, and the response to the volcanic eruption.

“I’m saying ‘thank you, governor’ because he came through,” Mayor Kim says in the ad.

Today, Rep. Hanabusa countered with a meaningful endorsement of her own: former Governor Ben Cayetano, who four years ago endorsed Ige for governor during his campaign to unseat Governor Neil Abercrombie. “Four years ago, I supported David Ige for governor,” Cayetano was quoted. “Sadly, he has not provided the kind of leadership needed to guide Hawai‘i in the years ahead. His indecisiveness and penchant for being all things to all people has put the TMT (Thirty Meter Telescope) at risk, creating the real probability that Hawai‘i may lose the world-class telescope to competitors.”

On Saturday, Cayetano said in a Hanabusa campaign media release that “Colleen Hanabusa, on the other hand, demonstrated the flexibility and wisdom we expect a governor to have in adjusting to changing conditions.”