HAWAII ISLAND - Morning observations from Ikaika Marzo suggest lava may be reactivating in the area of Pohoiki on the south-edge of the ocean entry. 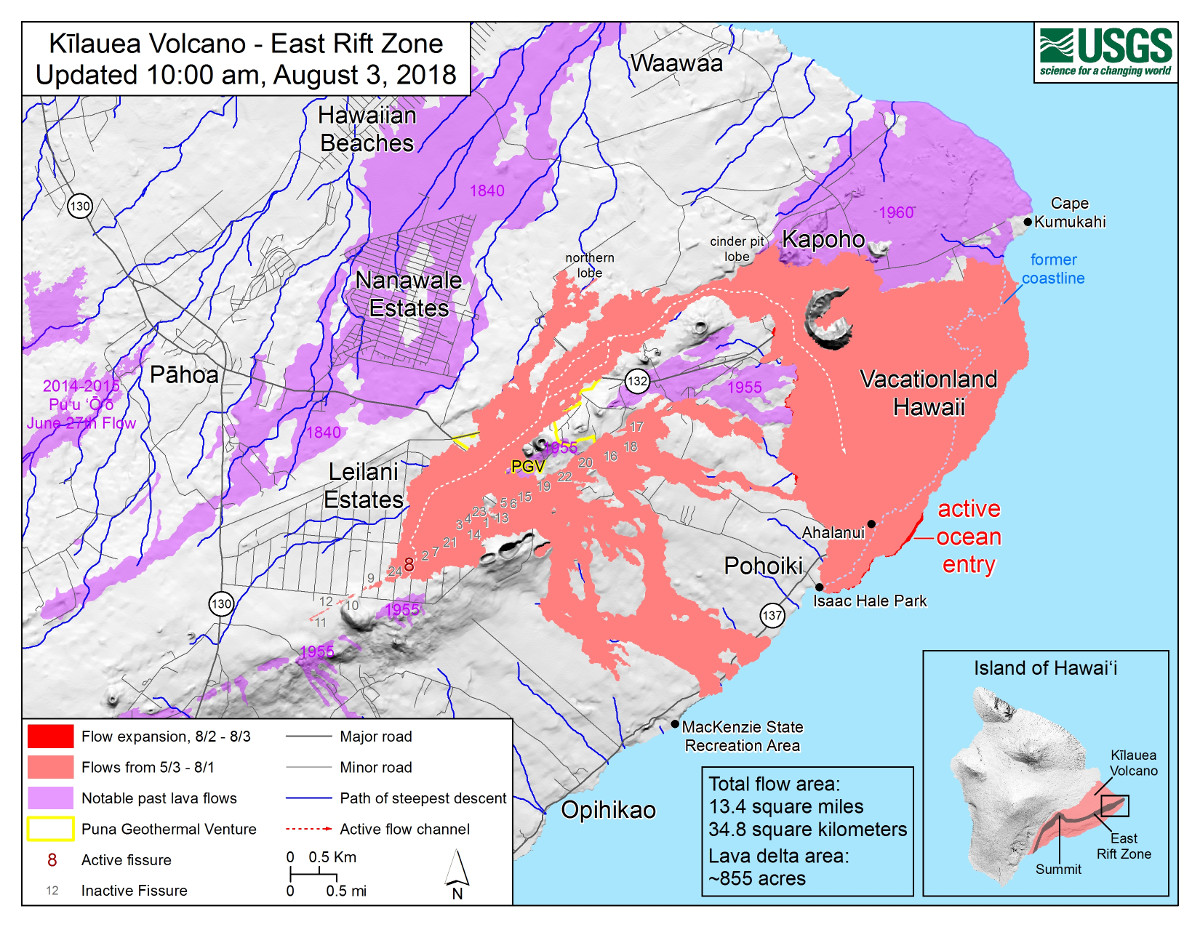 (UPDATE) – There has been little change on the lower East Rift Zone, however observations made this morning suggest lava near Pohoiki boat ramp may be reactivating.

“Not a good morning for us Puna people,” wrote Ikaika Marzo, who collected observations from the sky and from the sea. “Lava moved to the south this morning and is moving towards the boat ramp. The boat ramp is still there but I am not too sure how long it will last. The surf spot ‘Dead Trees’ locals call is being taken out as we speak. The surge this morning has made an impact to the flows near the ocean.”

The Hawaiian Volcano Observatory reports that earthquakes continue at Kilauea summit. Fissure 8 continues to erupt lava into the perched channel, sending flows to the ocean at Ahalanui and creating a large laze plume. The margin of the flow at the ocean entry has not advanced and remains approximately 500 feet from the Pohoiki boat ramp.

We will update this page with observations made today by the USGS Hawaiian Volcano Observatory.