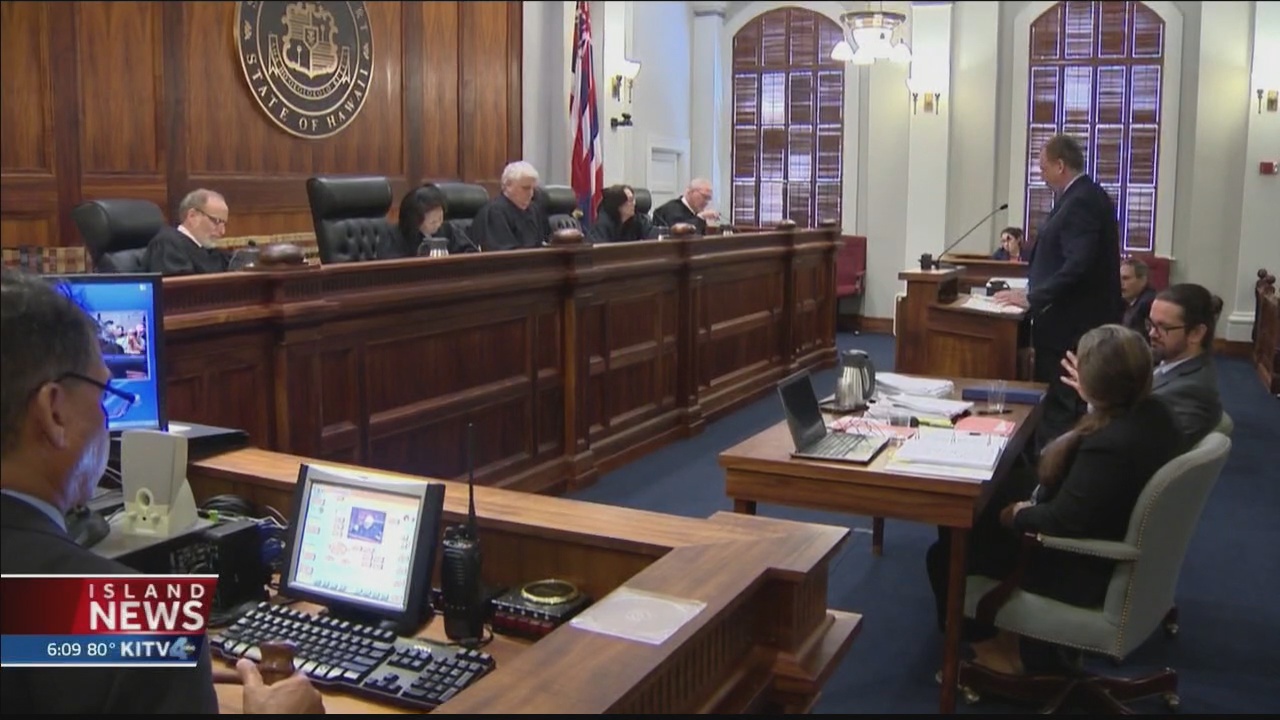 HONOLULU, Hawaii - The court order reverses the lower environmental court’s January 6, 2017 decision that vacated the state's consent to the sublease between TMT International Observatory LLC and the University of Hawaii.

(BIVN) – The Hawai‘i Supreme Court has overturned a lower court decision to vacate the state’s consent to the sublease between the TMT International Observatory and the University of Hawaii, ruling that the appellant, E. Kalani Flores, was not entitled to a separate contested case hearing on the matter.

The ruling reverses the environmental court’s January 6, 2017 order that vacated the Board of Land and Natural Resources’ consent to the sublease and non-exclusive easement agreement under general lease No. S-4191, which also remanded the matter back to the BLNR.

The Supreme Court has yet to issue a ruling on the separate matter of the appeal of the Board of Land and Natural Resources’s approval of a Conservation District Use Permit allowing the Thirty Meter Telescope to be built on Mauna Kea, for which a lengthy contested case was held. Flores participated in that contested case.

According to the Supreme Court decision:

To conclude, we hold that Flores was not entitled to a contested case hearing regarding whether BLNR should consent to the Sublease because, on the record in this case, such a hearing was not required by statute, administrative rule, or due process. Accordingly, the environmental court erred in ruling that “Flores was denied the right to a contested case hearing on the subject Consent to Sublease in violation of his constitutional right to a hearing under Article 12, Section 7 of the Hawai‘i State Constitution and Mauna Kea Anaina Hou, and specifically section IV of the concurring opinion therein.

“Flores has already been afforded a full opportunity to participate in a contested case hearing and express his views and concerns on the matter,” the court opined, “and he has not persuaded us that the provision of an additional contested case hearing is necessary to adequately safeguard against erroneous deprivation in this case.”

The full opinion of the court can be downloaded here.