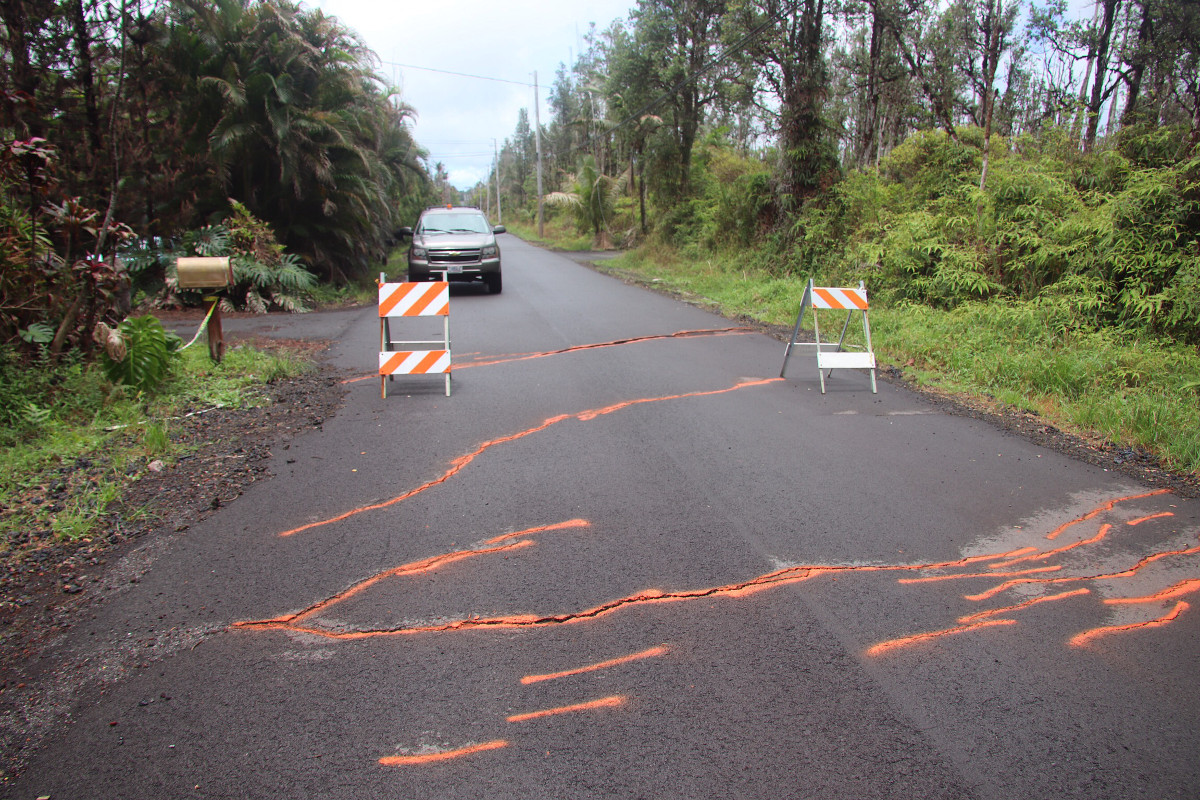 (USGS) Fissure 8 may have slowed down, but HVO scientists are still on the ground in Leilani Estates, monitoring old ground cracks and marking ones that haven’t been surveyed before. Monitoring these cracks over multiple days and help detect any new signs of magma movement beneath the ground, one of the indicators that fissures might reactivate. As of Sunday August 12, no unusual changes in cracks were noted.

The Hawaiian Volcano Observatory reports that eruptive activity remains at reduced levels at Kilauea Summit and the lower east rift zone. Seismic activity at the summit is low with few earthquakes. The lava pond in Fissure 8 cone is mostly crusted over. Fissure 8 along with other fissures continue to release gas. Lava was reported oozing at several points along the Kapoho Bay and Ahalanui coastline creating a laze plume.

Although a lull in activity continues, it is common for eruptions to go through periods of diminished output, or to pause completely, only to reactivate days or weeks later, or longer. Activity could occur at any time. Residents should remain informed and heed Hawaii County Civil Defense messages and warnings.

Motorists on Highway 11 between the 28 and 32 mile markers are advised to stay on the pavement, be alert for changes in road conditions, and drive with caution.

The plates on Highway 130 are stable. Motorists are reminded to slow down while traveling through the area.

The Disaster Recovery Center, located at the Pahoa Community Center is open today.

There will be an eruption information community meeting in Pahoa Tuesday August 14, 5:00pm at the Pahoa High School Cafeteria.