ONOMEA, Hawaiʻi - The state is hot on the trail of suspected stream poisoners in East Hawaii, and are warning residents to avoid buying prawns from roadside stands if they don't know where they came from.

(BIVN) – Once again, the scenic streams of Onomea have been poisoned. Hundreds of dead Tahitian prawns were found in the waterways by the Hawaii Tropical Botanical Garden.

The suspects appear to be poisoning the streams with pesticide, on purpose, in order to easily collect the prawns, perhaps for later sale.

Last May, a similar incident took place at the same location. The Hawaiʻi Department of Land and Natural Resources recorded video during the investigation.

At the time, the state issued a warning for people to avoid buying prawns from roadside stands or anywhere else when they don’t know the source. “While there’s no evidence anyone has gotten sick eating prawns killed by poisons, there are stories in the community of people getting sick after eating them,” a DLNR media release stated.

“Previously DOCARE officers have contacted men hauling 50-pound bags of prawns from East Hawai‘i waterways,” DLNR wrote. “They also have tried to contact roadside vendors. In all the cases there was not enough evidence to prove a poisoning or people took off before officers could contact them.”

The latest incident happened on October 1. According to Hawaiʻi DLNR:

Officers report that on Monday, Oct. 1st at about 10:00 in the morning, two men snuck into the garden where they were contacted by staff and told to leave until they paid the entrance fee. It’s believed they re-entered the gardens by crawling under a security fence that crosses over one of the streams. A short time later their images were picked up on the garden’s cameras. The next day garden maintenance staff spotted hundreds of dead or near-dead prawns floating in stream pools. DOCARE called inspectors from the State Dept. of Agriculture (DOA) in to take samples and DOA collected 20 prawns for further testing and analysis. A day later DOCARE officers walked numerous streams and pools above the garden and spotted more dead prawns and an empty bottle of pesticide. They say all of the prawns in the water below the bottle were dead, while those above were alive. This happened in the Onomea Papaikou/Pepeekeo area and Alakahi Stream where it crosses Old Mamalahoa Highway to its ocean entrance past the Onomea Na Ala Hele trail.

This time, there are surveillance photos. 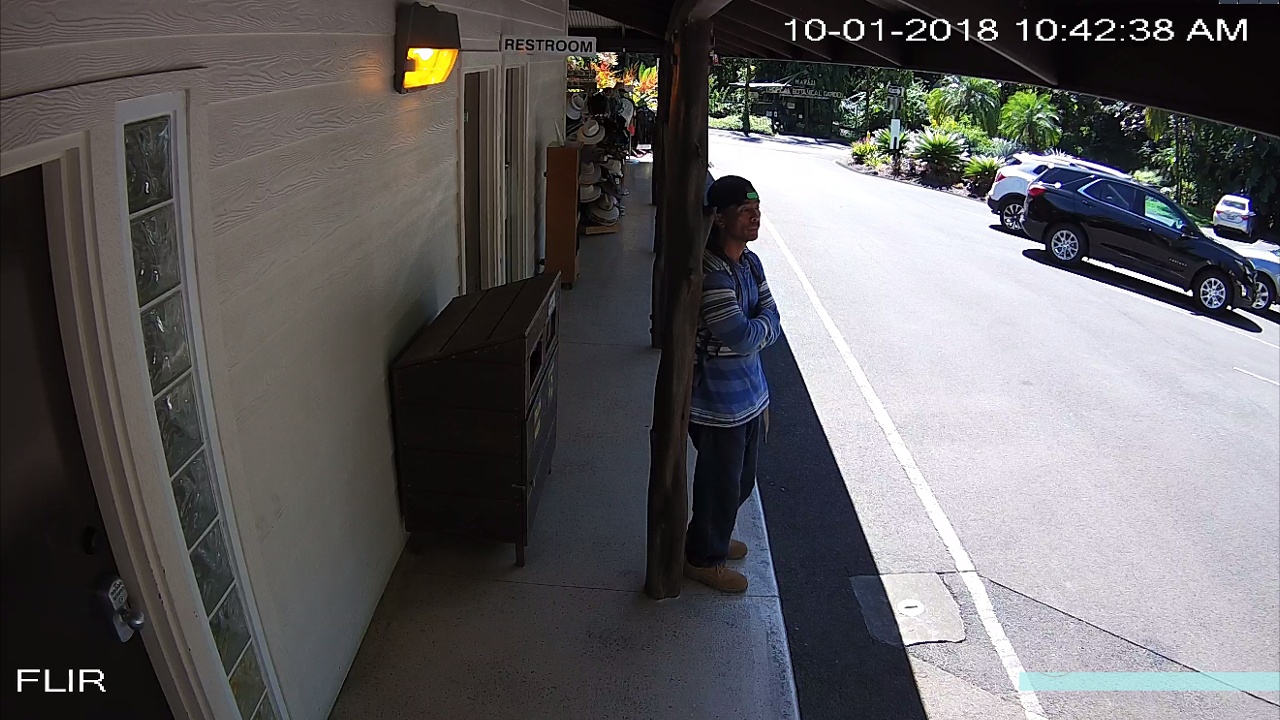 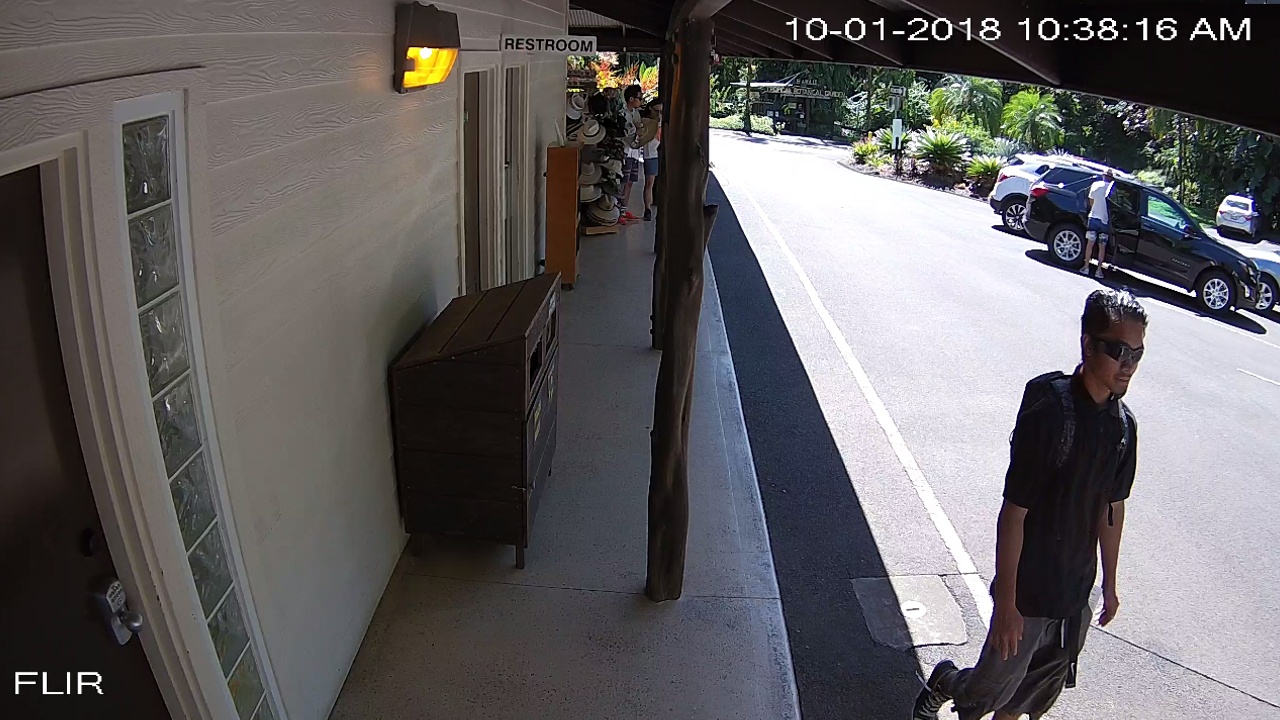 It is a Class C felony to poison streams or rivers in Hawai‘i.

Anyone with information on the suspected stream poisonings or if you can provide help in identifying the persons-of-interest please contact the DLNR Division of Conservation and Resources Enforcement at these numbers.