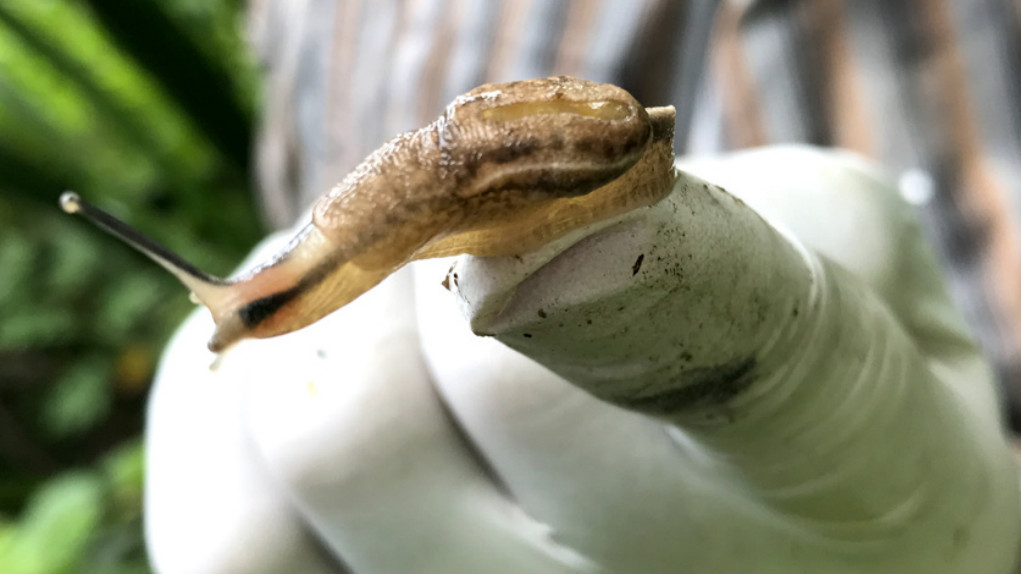 Two New Cases Of Rat Lungworm On Hawaii Island, One A Toddler

HAWAII ISLAND - The East Hawaiʻi toddler, who became ill in October, has been transferred to Oʻahu for further case management, health officials say.

(BIVN) – Two more cases of rat lungworm disease, or angiostrongyliasis, have been confirmed on Hawaiʻi Island.

The Hawai‘i Department of Health (DOH) says the new cases are the fourth and fifth individuals from the Big Island to be sickened with angiostrongyliasis in 2018, bringing the statewide total to seven cases confirmed this year.

Health officials say the most recent case is a resident toddler from East Hawai‘i. According to DOH:

The child became ill in October and was hospitalized. The first round of laboratory testing was negative for rat lungworm disease. A second round of tests confirmed the toddler’s illness. Since then, the toddler has been transferred to O‘ahu for further case management. DOH disease investigators are conducting a detailed investigation to learn more about the patient and possible sources of infection.

Disease investigators also closed another recent Hawai‘i Island case. An adult resident from West Hawai‘i became ill in August and was confirmed with a mild case of rat lungworm disease. The adult has since recovered. The department was unable to identify a definitive source of infection.

“With the rainy season in full swing, we may expect to see more slugs and snails around our homes and gardens,” said Health Director Dr. Bruce Anderson in a media release. “We can reduce the risk of rat lungworm disease by taking precautions to safely eliminate rats, slugs and snails in our communities. Keeping our young children away from these harmful vectors as well as thoroughly washing all produce before consuming it is crucial.”

According to health officials:

Angiostrongyliasis, commonly known as rat lungworm disease, is caused by a parasitic roundworm and can have debilitating effects on an infected person’s brain and spinal cord. In Hawaii, most people become ill by accidentally ingesting a snail or slug infected with the parasite Angiostrongylus cantonensis (A. cantonensis). Symptoms vary widely between cases, and the most common ones include severe headaches and neck stiffness. The most serious cases experience neurological problems, severe pain, and long-term disability.

The Department of Health provides the following recommendations to prevent rat lungworm disease:

The Rat Lungworm Support Group will be meeting next Wednesday, November 14 at the Keaʻau Community Center from 4 to 6 p.m. “The group will be discussing survivors’ needs to plan for future support group meetings,” a Hilo Medical Center notice says. “Please bring your ideas for improving the group.”