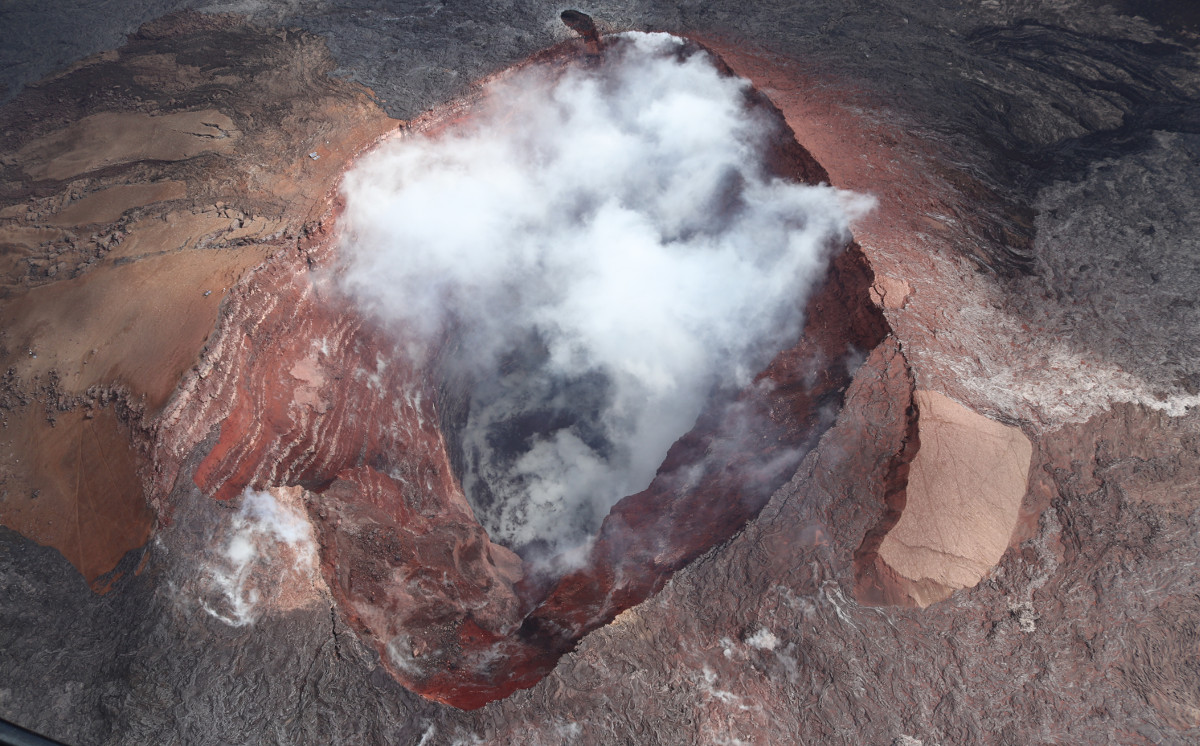 No active lava or signs of increased activity were observed at Pu‘u ‘Ō‘ō. (USGS photo) 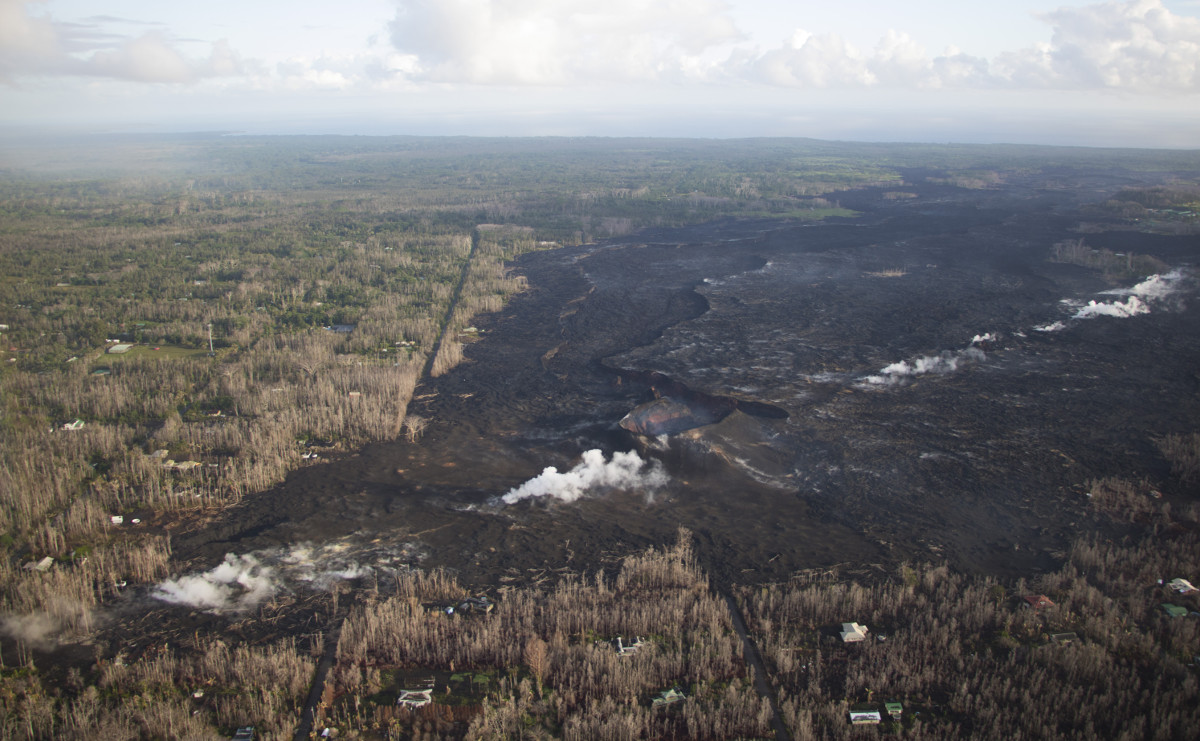 (USGS) This photo, looking north, shows the eastern portion of Leilani Estates subdivision, now covered by lava. The Fissure 8 cone, which was active for two months, is visible near the center of the photo, with its large drained channel extending north. White steam originates from residual heat in the fissure system.

(BIVN) – No significant changes were observed during recent overflights of the Lower East Rift Zone.

Kīlauea Volcano is not erupting. On Friday, the USGS Hawaiian Volcano Observatory posted photos taken on November 6 and 7 of the (currently) silent volcanic features.

In the East Rift Zone, scientists say tiltmeters near Puʻu ʻŌʻō and farther east continue to record an inflationary trend, consistent with refilling of the middle East Rift Zone. Low seismicity and reduced gas emissions do not indicate that the magma is shallow, USGS says. 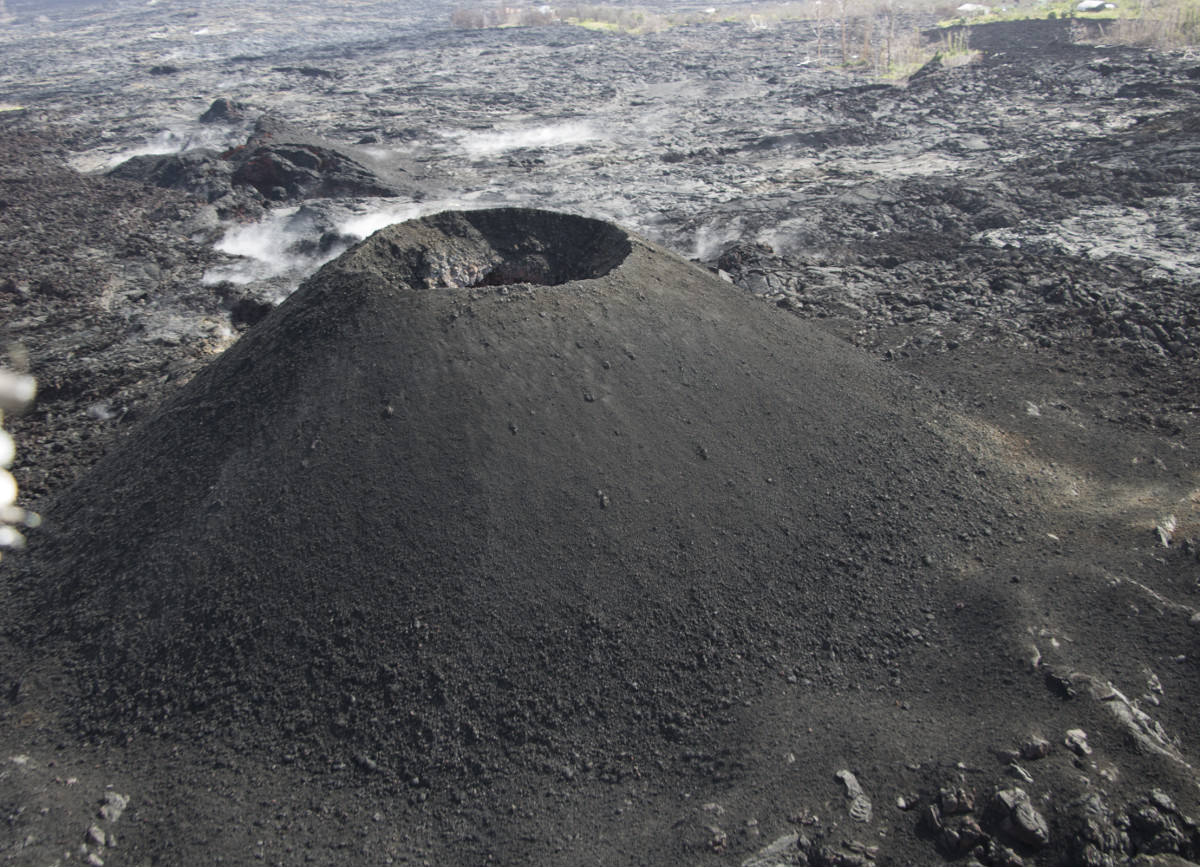 (USGS) Fissure 22 was active in late May near Lanipuna Gardens subdivision, which is now mostly buried by lava flows. During the later stages of Fissure 22 activity, small strombolian-style explosions built a symmetric cinder cone over the vent.

According to a recent Volcanic Activity Update:

Sulfur dioxide (SO2) emissions across Kīlauea remain drastically reduced, with a combined rate of less than 300 tonnes/day. Small amounts of hydrogen sulfide gas (H2S) are being released in cooler, wetter volcanic environments, and from decaying vegetation and other organic matter. The human nose is extremely sensitive to the “rotten egg” smell of H2S; some people can detect this gas at less than 0.001 parts per million. Residents have reported smelling H2S downwind of Kīlauea, but these concentrations are well below hazardous levels. 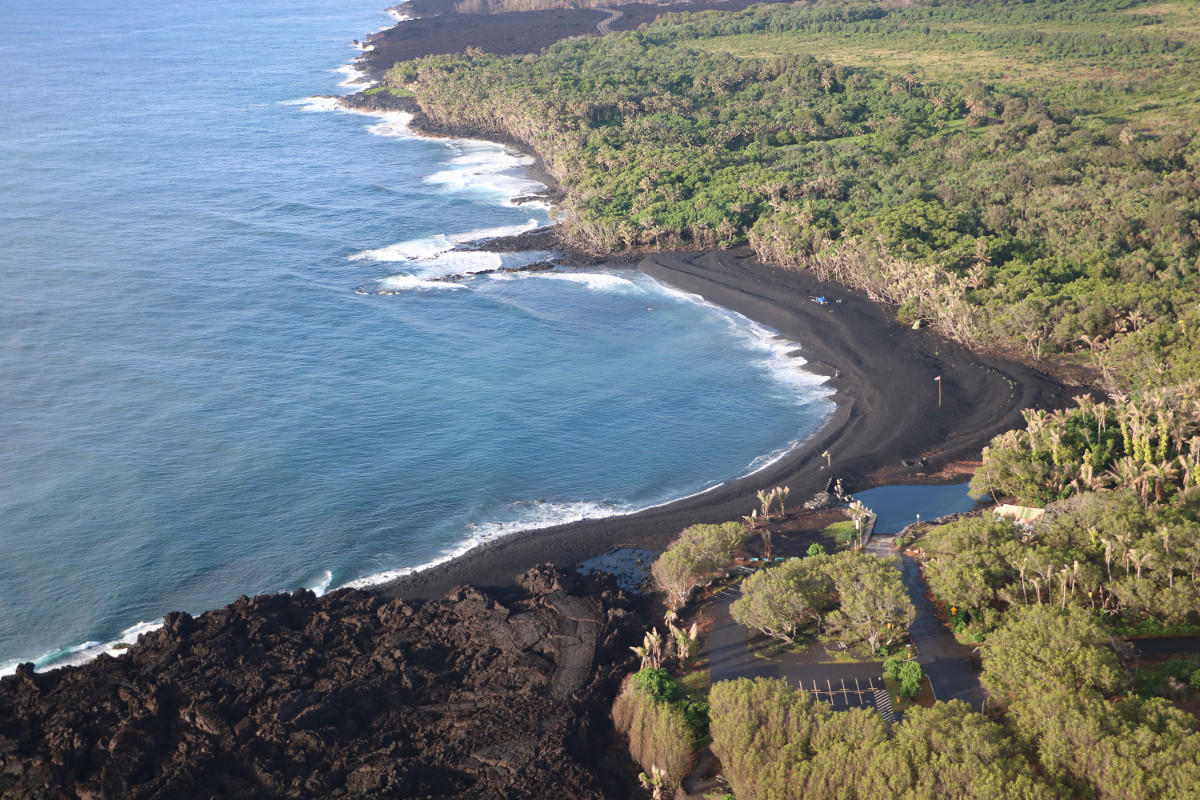 (USGS) A large black sand beach remains in front of the Pohoiki boat ramp. Roadway construction over the recent lava flows can be seen at the top of the image.

Although Kīlauea is at an ADVISORY alert level, the USGS Hawaiian Volcano Observatory warns: 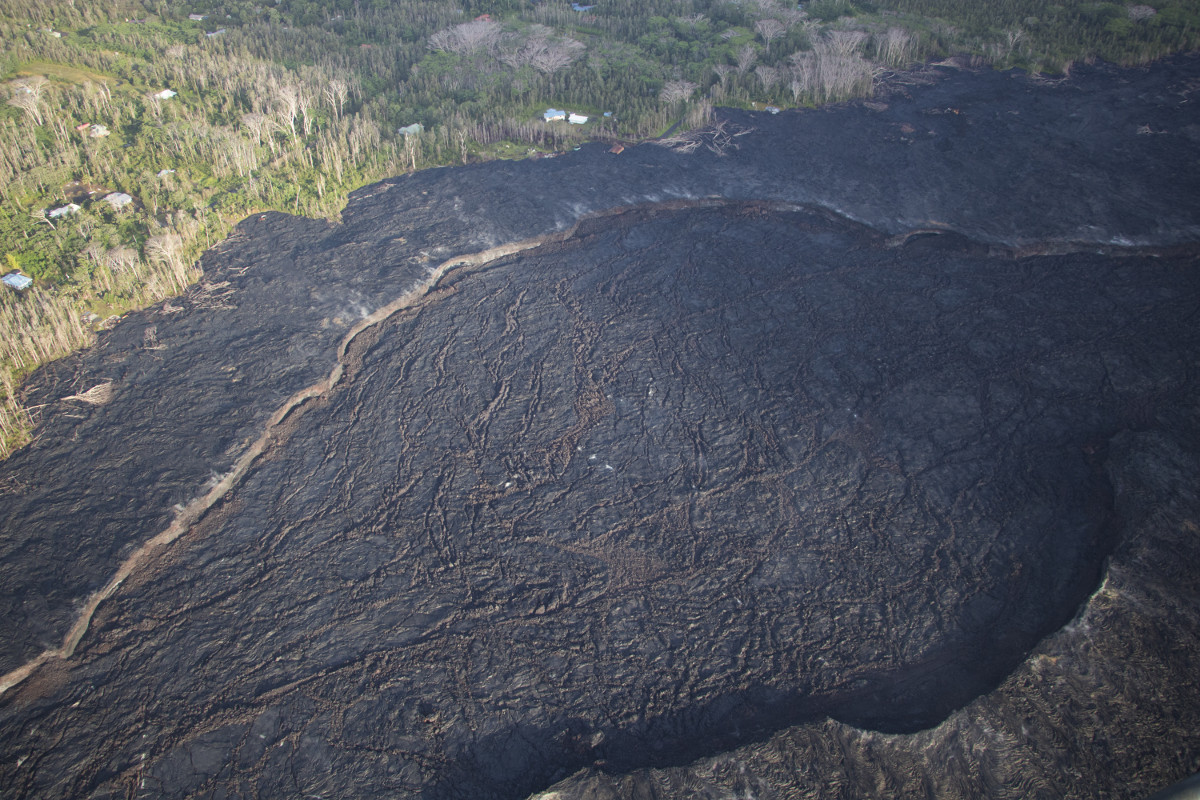 (USGS) This photo shows the widest portion of the Fissure 8 channel, at roughly 425 meters (0.26 miles) across.