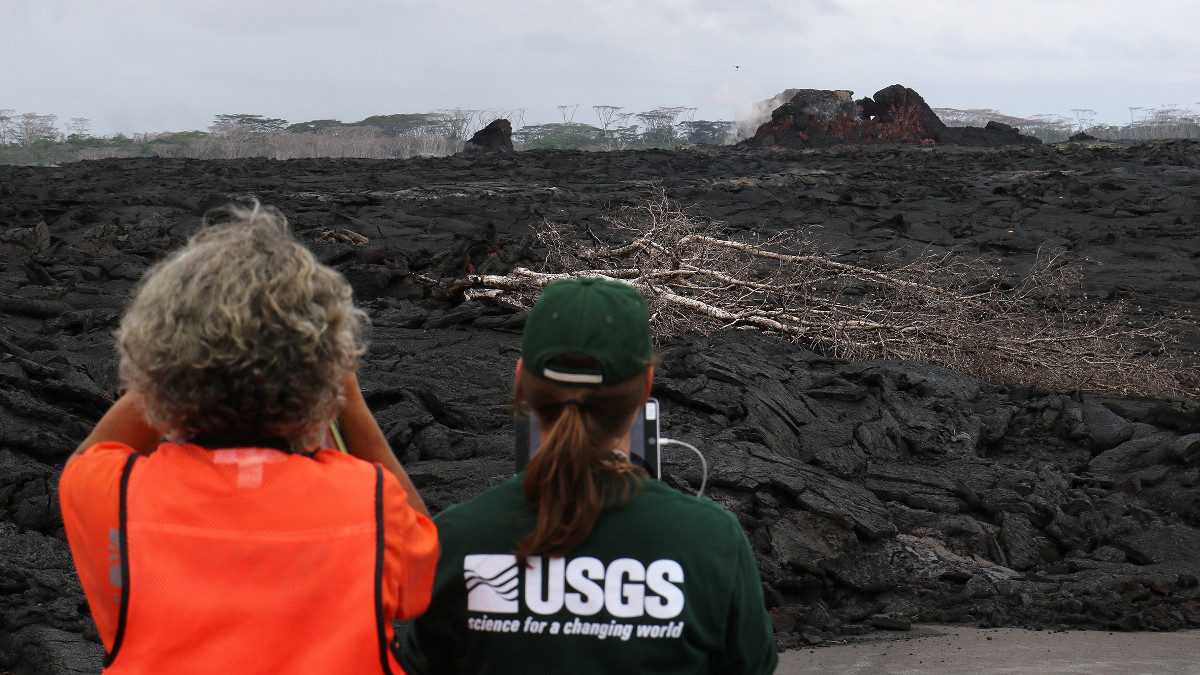 (USGS) Scientists use an Unmanned Aircraft System, or drone, to fly a MultiGas instrument along Kīlauea Volcano's lower East Rift Zone. The drone is barely visible in the distance, just to the upper left of fissure 21 (larger cone at right).

HAWAIʻI ISLAND - Kīlauea Volcano is not erupting. Rates of seismicity, deformation, and gas release have not changed significantly over the past week. 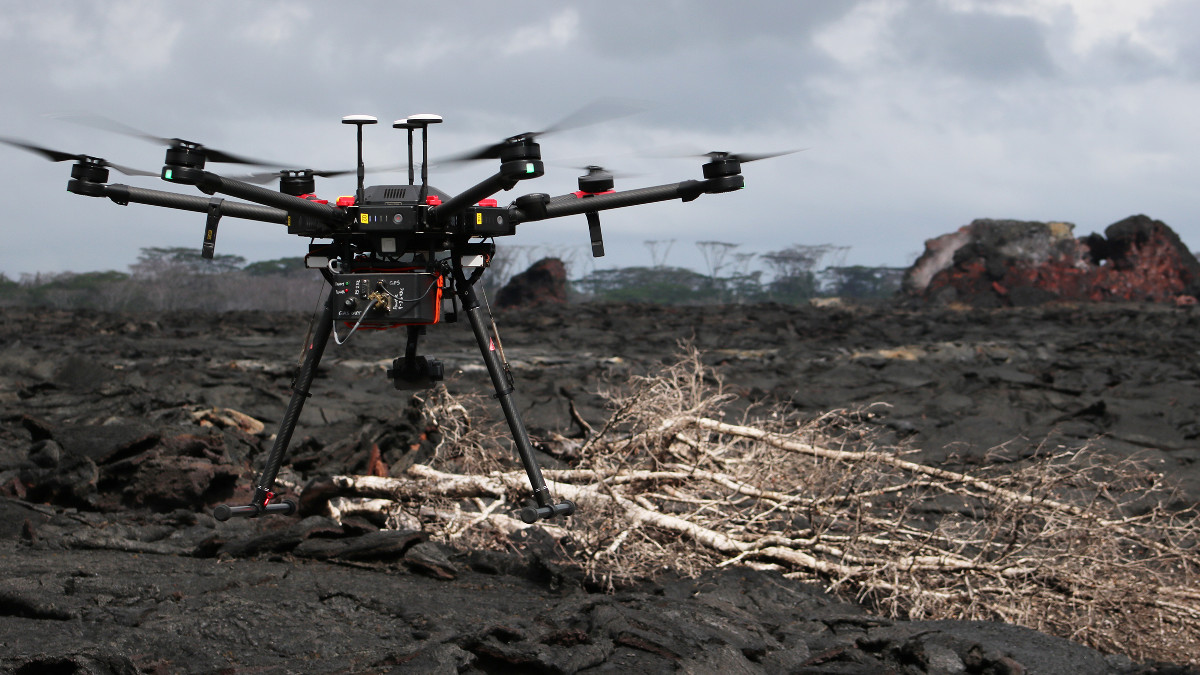 (USGS) A close-up of the Unmanned Aircraft System (UAS) used by USGS scientists to measure volcanic gases in remote areas of Kīlauea. The fissure 21 cone is visible in the far right background.

(BIVN) – Kīlauea is no longer erupting, however scientists continue to closely monitor the volcano, at the summit and along the East Rift Zone.

The USGS Hawaiian Volcano Observatory reported on Tuesday that they are watching Kīlauea’s seismicity, deformation, and gas emissions for any sign of reactivation, and are maintaining visual surveillance of the area.

The USGS weekly activity update is mostly unchanged from the week before. Deformation signals are still consistent with the refilling of magma in the middle East Rift Zone, scientists say.

“Two weeks ago, sulfur dioxide gas emissions averaged 25 tonnes/day at the summit and 75 tonnes/day at Puʻu ʻŌʻō. There was no sulfur dioxide detected by our instruments in the lower ERZ. New gas measurements are expected soon,” USGS said, perhaps using the UAS drone pictured above, which was flown to determine concentrations of volcanic gases in small plumes rising from the now inactive fissures.

“Hazards are still present in the lower East Rift Zone (LERZ) eruption area and at the Kīlauea summit,” USGS wrote on Tuesday. “Residents and visitors near recently active fissures and lava flows should stay informed, heed Hawaii County Civil Defense and National Park warnings, and be prepared, if necessary, to self-evacuate in the unlikely event of renewed activity. Please note that Hawaii County maintains a closure of the entire flow field and the vents and prohibits access to the area unless authorized through Civil Defense.”