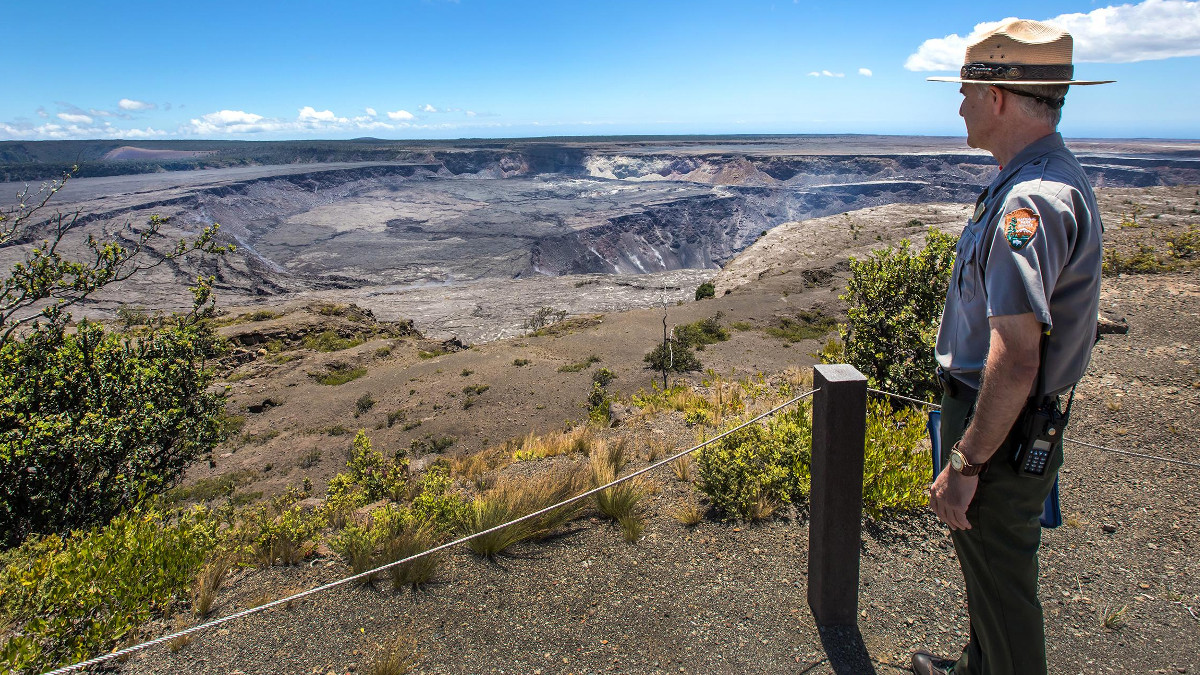 As Of Today, Kilauea Eruption Could Be Considered Over

HAWAII VOLCANOES NATIONAL PARK - However, scientists say it is important to note that the volcano could erupt in the near future and the associated hazards have not changed.

(BIVN) – Kīlauea Volcano is still not erupting. Wednesday, December 5, marks three months with no eruptive activity at the surface; September 4 was the last time active lava was observed along the lower East Rift Zone.

The USGS Hawaiian Volcano Observatory noted the implication of that three-month milestone in a Tuesday update:

However, there is one known example (Mauna Ulu, 1969-74) in which Kilauea’s rift zone activity resumed after more than three months had passed. Although this phase of Kīlauea’s activity has now reached this three-month threshold, it is important to note that it is still an active volcano that could erupt in the near future and associated hazards have not changed. Magma is being supplied to Kīlauea and geophysical datasets continue to show evidence for movement of material through the magma system, including the refilling of the ERZ.

Rates of seismicity, deformation, and gas release have not changed significantly over the past week, the scientists say. Deformation signals are consistent with refilling of the middle East Rift Zone.

“Residents and visitors near recently active fissures and lava flows should stay informed, heed Hawaii County Civil Defense and National Park warnings, and be prepared, if necessary, to self-evacuate in the unlikely event of renewed activity,” the USGS repeated. “Please note that Hawaii County maintains a closure of the entire flow field and the vents and prohibits access to the area unless authorized through Civil Defense.”

USGS HVO will maintain visual surveillance of the summit and the East Rift Zone, and will continue to issue a weekly update every Tuesday. There could be additional messages as warranted by changing activity.