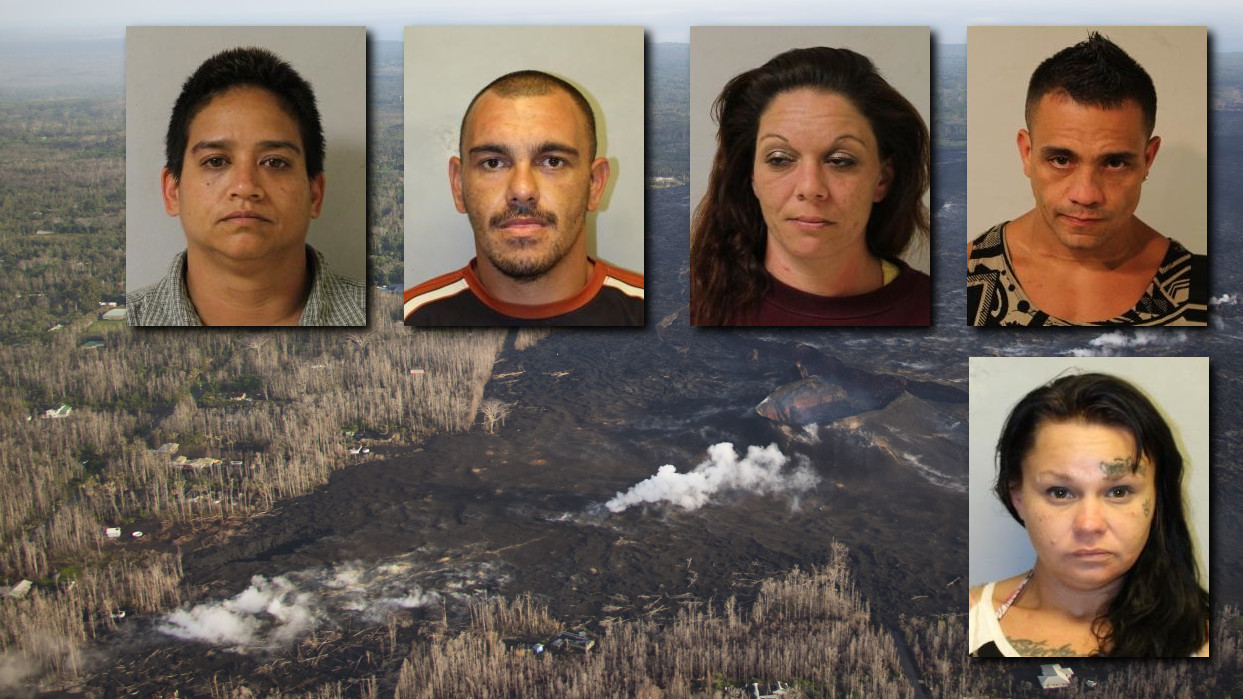 On December 28, the sweeps – called a cooperative effort between police, the community and Leilani Community Association – netted another seven people wanted for outstanding warrants.

“In June of this year, Leilani Estates was devastated with the lava flow that forced some residents to vacate their homes,” police wrote in a previous media release. “Some of the unoccupied residences have become a haven for homeless people and a focal point for criminal activity. Hawaiʻi Island Police working in cooperation with the residents and the Community Association, have started to clear the area of people that occupy homes illegally. The Community Association has also begun efforts to notify the owners of the vacant homes to take action in safeguarding them and posting no trespassing signs to assist the police in enforcing trespassing laws.”

Here is the police report on the most recent arrests:

Hawaiʻi Island Police in the Puna District continued with enforcement efforts in the Leilani Estates area on December 28, 2018, and arrested and charged seven people wanted for outstanding warrants. In a continued effort to safeguard the neighborhood of Leilani Estates, police conducted another sweep in the area specifically aimed at unlawful occupancy of residences. Police plan on performing additional projects similar to this.

Police encourage the public to provide information that can assist in these types of projects by calling Officer Jeremy Kubojiri of the Puna District at 808-965-2716, or call the Police Department’s non-emergency number at 935-3311.