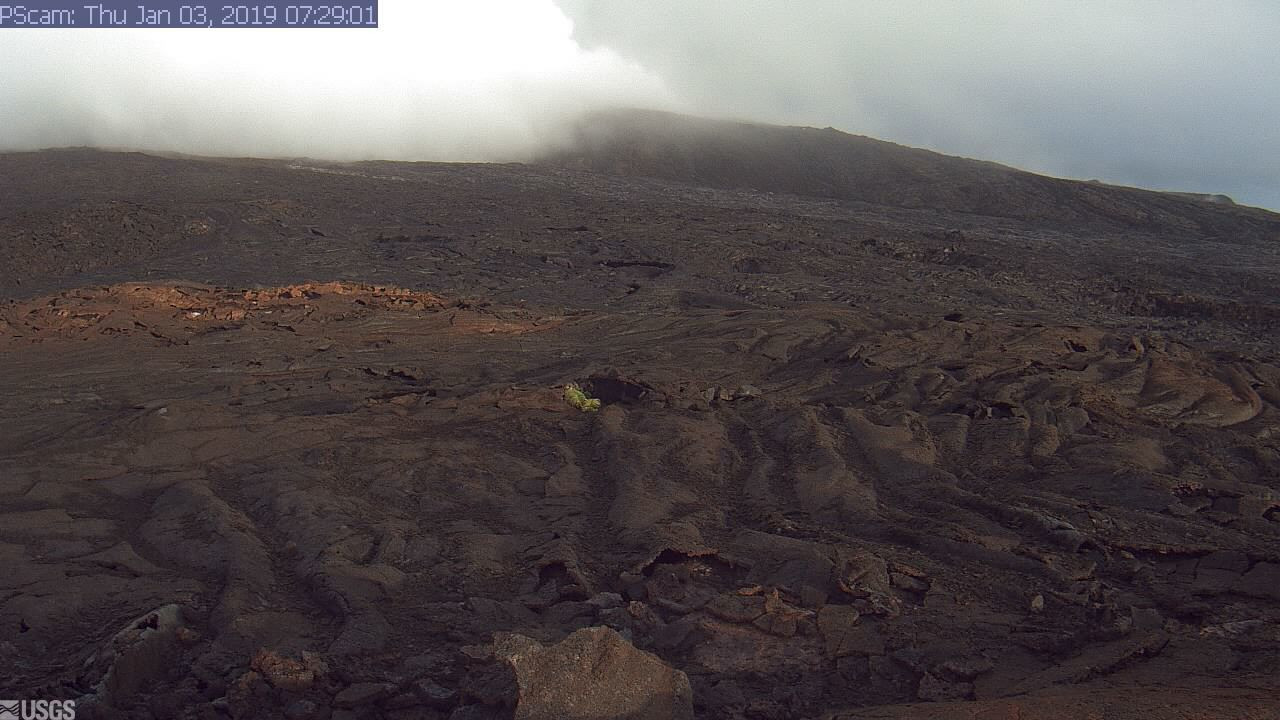 HAWAIʻI ISLAND - Despite the lapse in federal appropriations, the USGS Hawaiian Volcano Observatory continues to maintain monitoring networks across Kīlauea.

(BIVN) – Kīlauea Volcano is not erupting, and scientists have noted in Tuesday’s weekly activity update that “the inflationary trend recorded by GPS stations downrift of Puʻu ʻŌʻō has slowed.”

And although the U.S. Geological Survey has been impacted by the partial shutdown of the federal government, the Volcano Hazard Program and all five U.S. Volcano Observatories are continuing to issue updates, warnings, and notifications.

While downrift inflation appears to be slowing, the USGS Hawaiian Volcano Observatory says that deformation signals are still consistent with slow magmatic recharge within the middle East Rift Zone, and that “very slow inflationary tilt has been steady at the Puʻu ʻŌʻō cone tiltmeter.”

“Low rates of seismicity continue across the volcano, with events occurring primarily in the summit and south flank regions,” the scientists reported. “Sulfur dioxide emission rates have been below detection limits in the LERZ since early September, though minor amounts of volcanic gas are still present. Sulfur dioxide emission rates from the summit and Puʻu ʻŌʻō remain low.”

Although Kīlauea is not erupting, the USGS Hawaiian Volcano Observatory again repeated its weekly advice on existing hazards:

Hazards remain in the LERZ eruption area and at the Kīlauea summit. Residents and visitors near recently active fissures and lava flows should heed Hawaii County Civil Defense and National Park warnings, and be prepared, if necessary, to self-evacuate in the unlikely event of renewed activity. Please note that Hawaii County maintains a closure of the entire lava flow field and vents and prohibits access unless authorized through Civil Defense.

The Hawaiian Volcano Observatory will continue to issue a weekly update every Tuesday, “and additional messages as warranted by changing activity,” the scientists say.