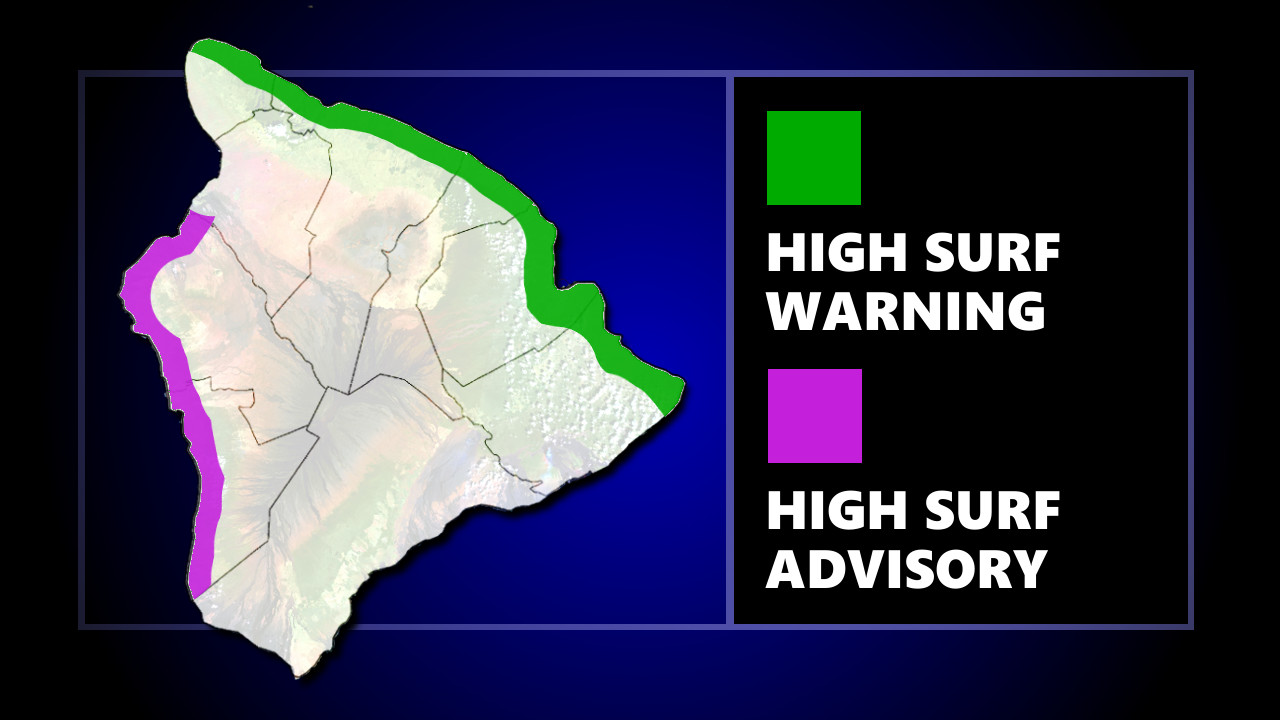 (BIVN) – A High Surf Warning remains in effect Monday morning for north shores of Hawaiʻi Island, the National Weather Service in Honolulu says, while a High Surf Advisory is in place for west-facing beaches.

“The large north-northwest swell has peaked and begun to slowly lower early this morning,” forecasters said this morning. Surf heights are expected to be 15 to 25 feet this morning, lowering to 8 to 12 feet tonight.

Hilo Bayfront Highway is closed at this time, Hawaiʻi County Civil Defense reported in a morning message. Other closures of roads and beaches may occur at any time, officials say.

With the swell, currents within harbors could become strong enough to damage boats due to jostling of docks. This swell will also result in large breaking waves near harbor entrances, the National Weather Service says, adding that “mariners should exercise extra caution today when entering or leaving port, and when mooring or launching vessels.”