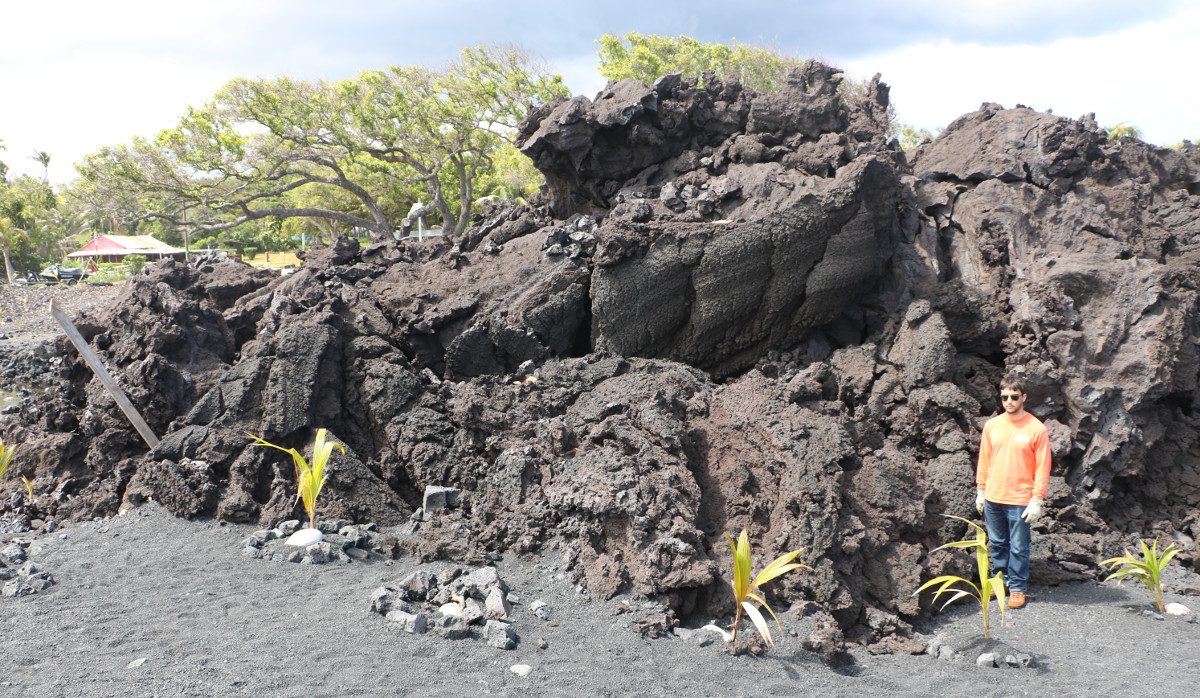 PUNA, Hawaiʻi - USGS Hawaiian Volcano Observatory recently took a look at the lava flows that reached the area near Pohoiki during the summer of 2018. 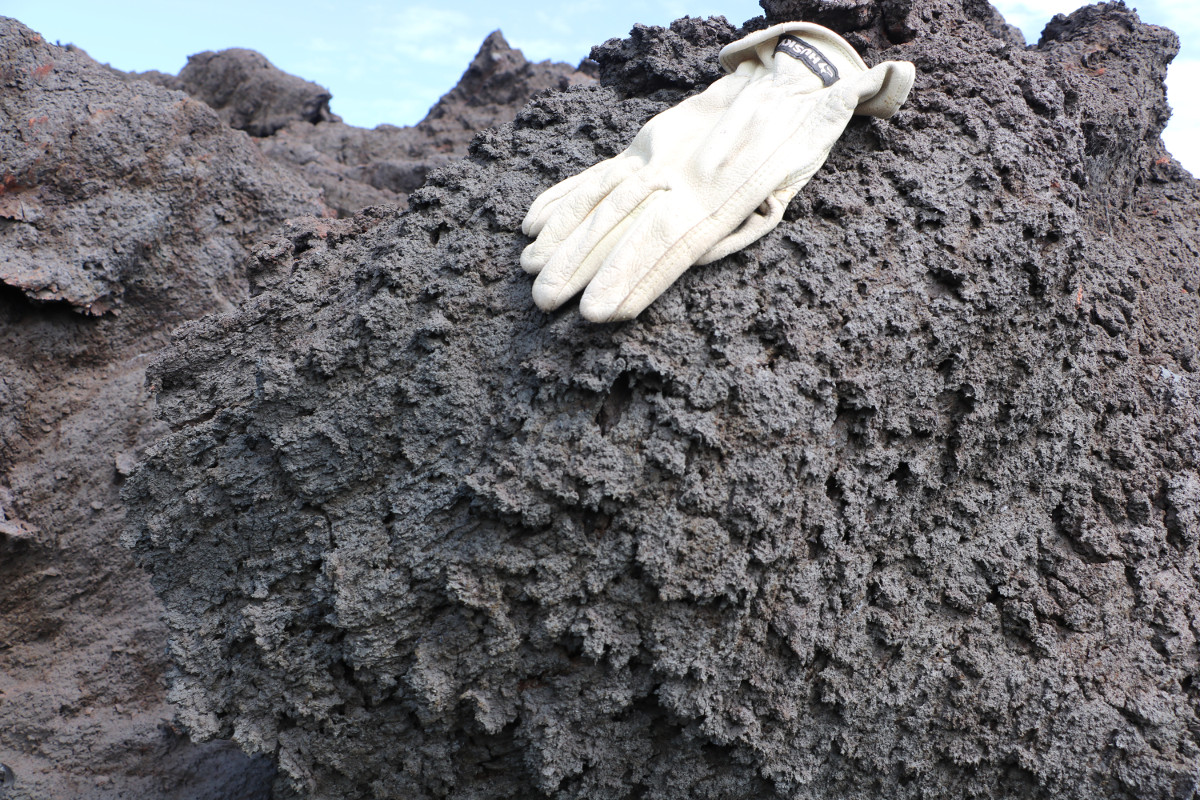 (USGS photo by M. Patrick) A closer view of the “toothpaste lava” with a glove added for scale.

That is the informal term given to the lava that reached the area of Isaac Hale Beach Park near Pohoiki during the summer 2018 eruption of Kīlauea Volcano on the lower East Rift Zone.

The lava is named for the secondary spiny pāhoehoe lava that oozed out from the stalled primary ‘a‘ā flow that reached the coast.

USGS Hawaiian Volcano Observatory scientists were at Pohoiki on March 29 and photographed the formation, saying that the above pictured lobe is “classic toothpaste lava” that is about 9 to 13 feet thick and 76 to 77 yards long.

While the toothpaste lava may be interesting to look at, the spiny texture “can result in serious injury if people fall while attempting to walk on it,” scientists warn, adding that “because folks have already been hurt, the County advises people to avoid this hazard by staying off the lava flow.”

Lava made a dramatic approach towards Pohoiki during the summer of 2018, but stopped short of covering the entire Isaac Hale Beach Park. Instead, the eruption birthed a new sandy beach, which covered the former boat ramp.