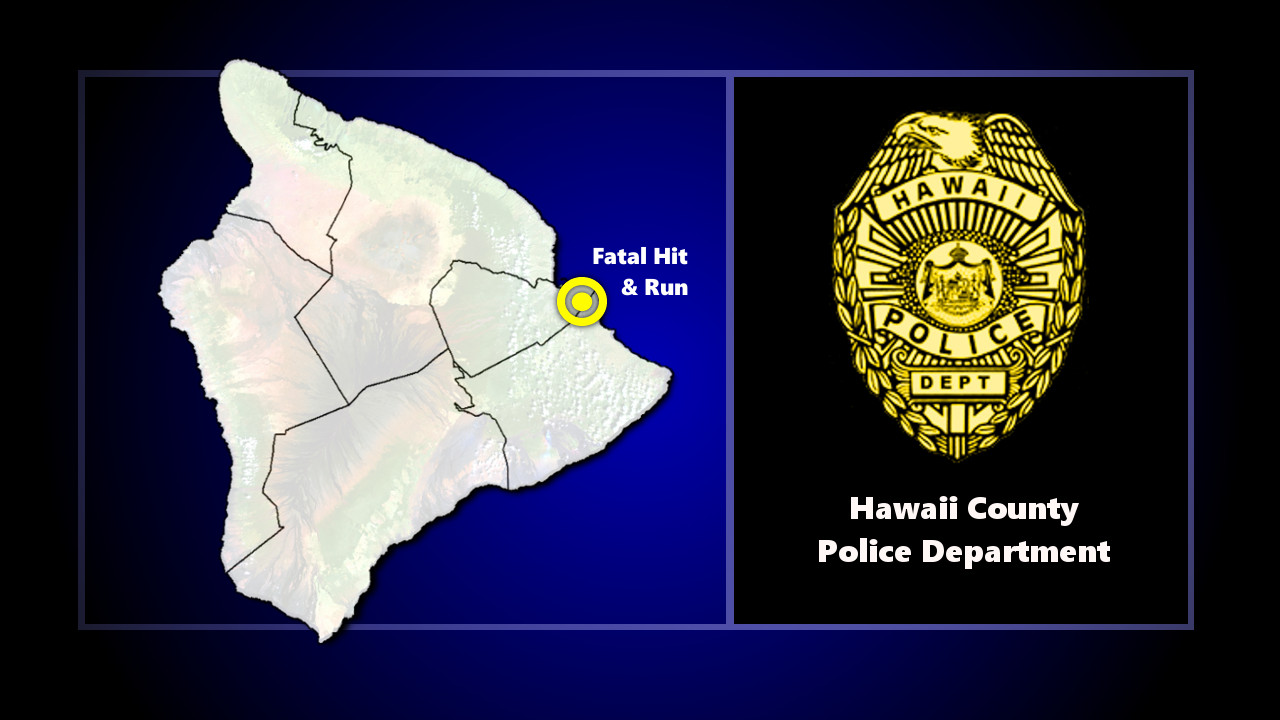 (BIVN) – A man who was apparently “struck by an unknown vehicle within the middle of the Hilo-bound lanes of Highway 11” early Wednesday morning has died, and the vehicle that hit him fled the scene, police say.

An unidentified male pedestrian died from injuries sustained in a hit and run vehicle crash that occurred this morning, (April 3), on Highway 11, North of Makalika Street.

Responding to a 1:50 a.m. call, police determined that a male pedestrian was struck by an unknown vehicle within the middle of the Hilo-bound lanes of Highway 11, just North of Makalika Street. The responsible vehicle fled the scene.

The male party was unresponsive and was later pronounced dead at the Hilo Medical Center at 4:51 a.m.

Police believe speed and/or inattention may have been factors in the crash.

The Traffic Enforcement Unit has initiated a Negligent Homicide investigation and is asking for anyone who may have witnessed the accident or have information leading to the identity of the responsible person to contact Officer Blayne Matsui at (808) 961-2329. Tipsters who prefer to remain anonymous may call Crime Stoppers at 961-8300 in Hilo.

This is the 5th traffic fatality this year compared to 7 at this time last year.