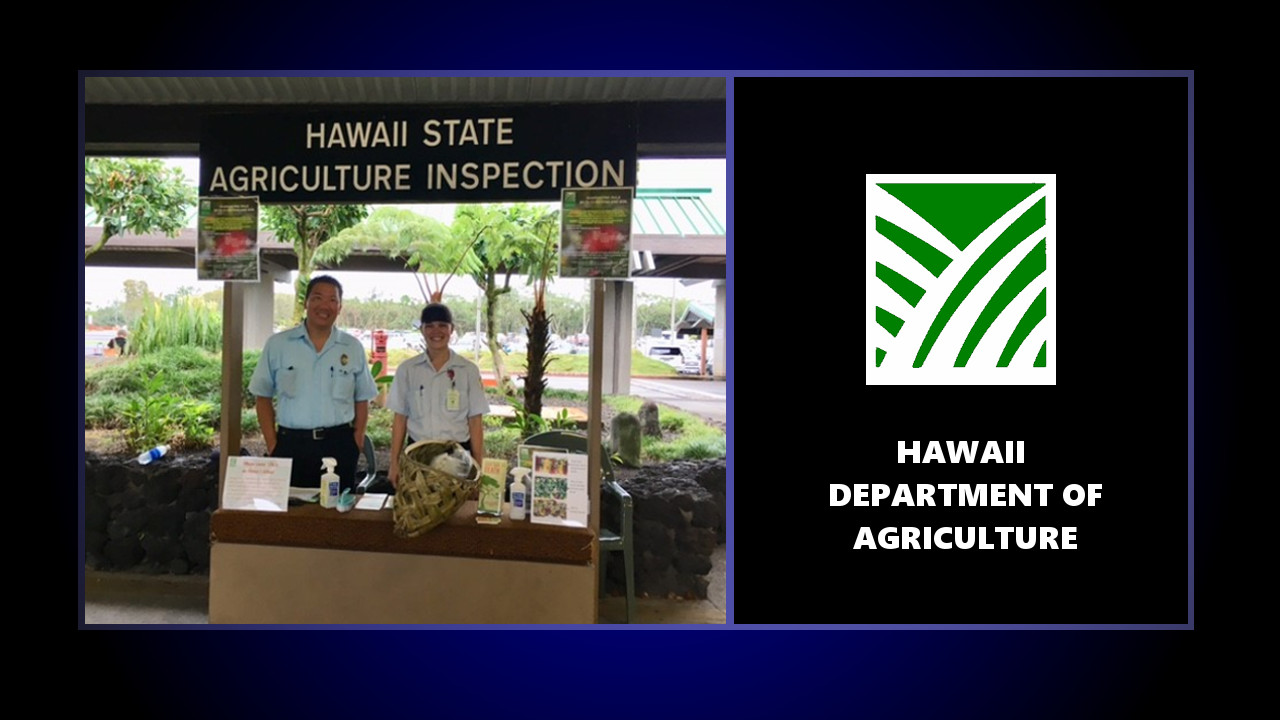 HAWAIʻI ISLAND - Movement of ʻōhiʻa on Hawaiʻi Island is restricted due to the devastating Ceratocystis fungal disease known to cause Rapid ʻŌhiʻa Death in trees. 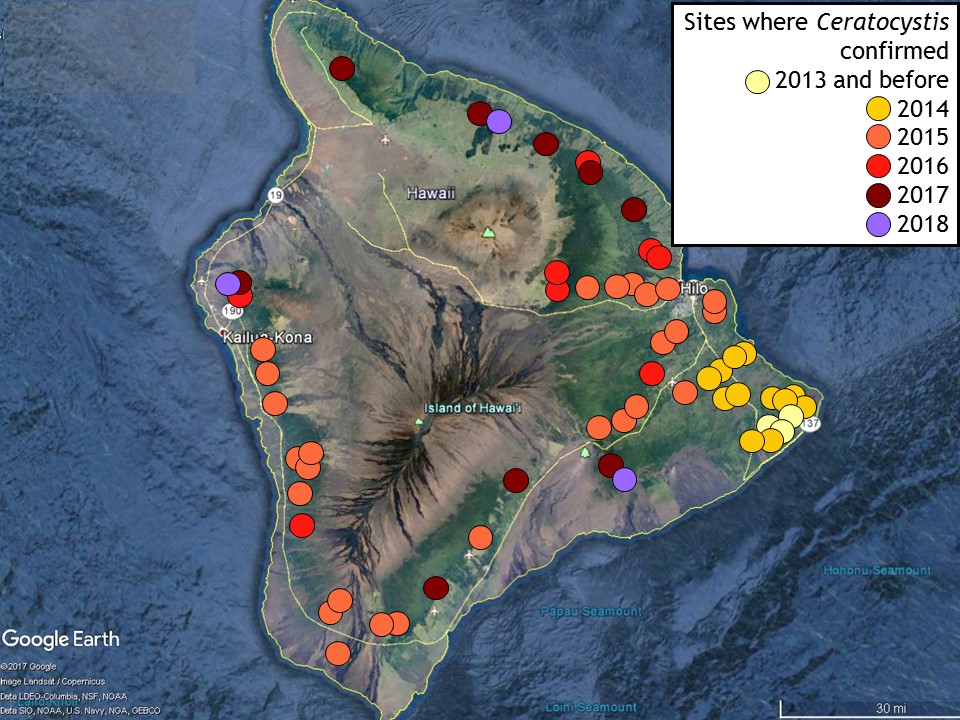 Ceratocystis range as of September 2018, according to UH CTAHR

(BIVN) – The Merrie Monarch Festival has begun on Hawaiʻi Island, and state agriculture officials are taking the time to remind everyone about the ʻōhiʻa quarantine that is in effect.

The Hawaiʻi Department of Agriculture issued this media release on Tuesday:

Travelers attending the Merrie Monarch Festival this week are being reminded about quarantine restrictions on the transport of ohia from Hawaii Island due to a serious plant disease called rapid ohia death (ROD), which is devastating the native forests on that island.

The quarantine restricts the movement of ohia plants and plant parts, including flowers, leaves, seeds, stems, twigs, cuttings, untreated wood, logs, mulch, greenwaste and frass (sawdust from boring insects) and any soil from Hawaii Island. Transport of such items is only allowed with a permit issued by the Hawaii Department of Agriculture (HDOA).

“With the spread of rapid ohia death on Hawaii Island, it is even more critical that ohia not be taken off the island,” said Phyllis Shimabukuro-Geiser, chairperson of the Hawaii Board of Agriculture. “State agricultural inspectors are setting up additional inspection stations at airports in Hilo and Kona to remind travelers about the ohia quarantine.”

HDOA’s Plant Quarantine Branch will be sending crews of inspectors from Honolulu to Hilo International Airport and Ellison Onizuka Kona International Airport at Keahole to boost inspection capacity near the end of the Merrie Monarch Festival, which runs from April 21st to the 27th. Special inspection stations will be set up at the airports where passengers may turn in any ohia material before boarding flights. Plant Quarantine offices in Kona and Hilo will also be accepting ohia material for proper handling.

The Hawaii Board of Agriculture issued the emergency quarantine in August 2015 to stop the spread of the plant fungus from Hawaii Island to other islands. Any person who violates the quarantine rule may be charged with a misdemeanor and fined not less than $100 with a maximum fine of $10,000. For a second offense committed within five years of a prior conviction under this rule, the person or organization shall be fined not less than $500 and not more than $25,000.

HDOA Plant Quarantine inspectors have printed an ohia quarantine informational flyer that explains the quarantine and what travelers cannot transport off of Hawaii Island. Information is also available on the department’s website.

The Merrie Monarch Festival draws dozens of hula halau and hundreds of spectators to Hawaii Island. It is important to note that the very act of harvesting ohia may spread the disease as spores may be carried in soil and by harvesting tools, vehicles, shoes and clothing to uninfected areas.

Multi-agency ROD working groups have been meeting with Native Hawaiian groups, the Merrie Monarch organization and other community groups to provide advice and guidance on the handling of ohia material.

In 2014, it was estimated that the disease covered approximately 6,000 acres from Kalapana to Hilo and exhibited tree mortality rates of more than 50 percent. In 2018, aerial surveys estimated ROD has infected about 135,000 acres around Hawaii Island. In 2018, the disease was also detected in a few areas on Kauai, but has not been found on other islands. It is not known how the disease entered the state or where it came from.