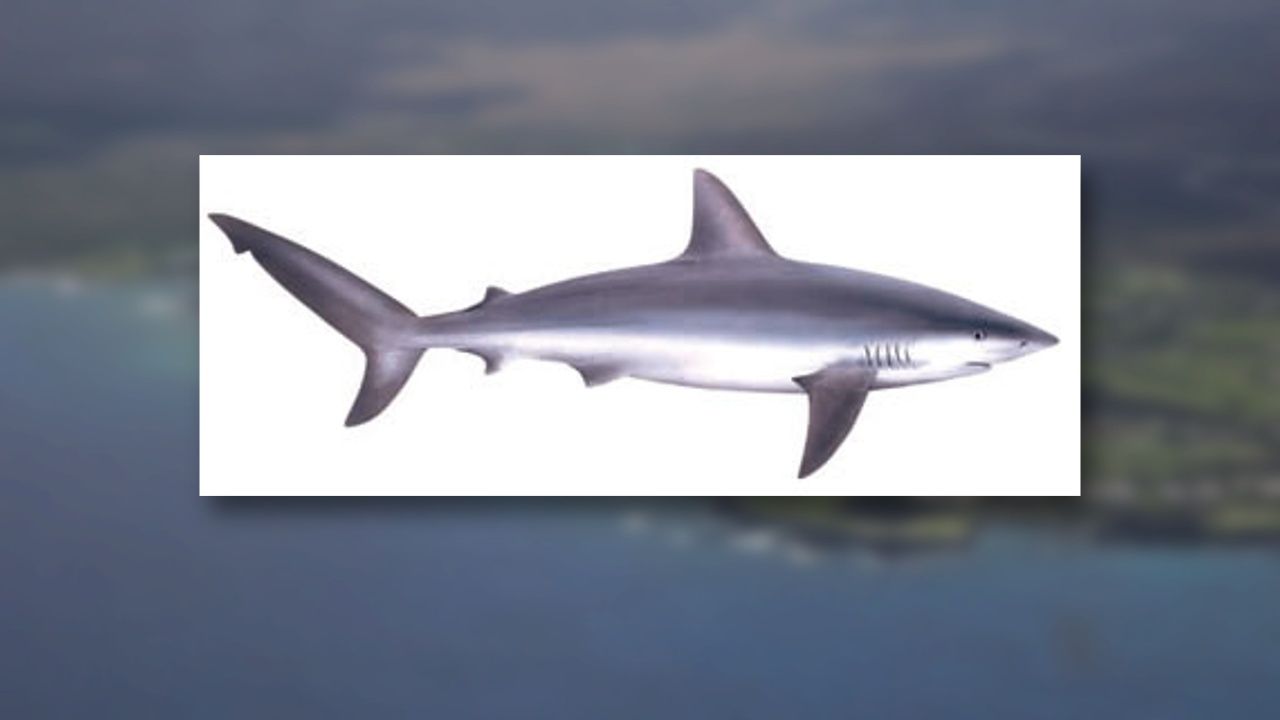 graphic by BIVN features image of a Galapagos Shark as found on the DLNR's Hawaii Sharks website.

ANAEHOʻOMALU, Hawaiʻi - The state has consulted with the former director of the International Shark Attack File and it does not believe a tiger shark was involved in the Tuesday incident.

(BIVN) – The state has ruled out a tiger shark in the recent incident in Hawaiʻi Island waters, in which a California woman was bitten on her leg while paddling in Anaeho‘omalu Bay.

Accordng to a Hawaiʻi Department of Land and Natural Resources media release, personnel from the DLNR Division of Aquatic Resources (DAR), in consultation with the former director of the International Shark Attack File, “have ruled out a tiger shark as having been involved in Tuesday’s incident,” and believed instead that the shark was probably a 6 to 8 ft. long Galapagos shark.

DLNR says a definitive determination can’t be made, because:

… it’s difficult to distinguish what are known as requiem sharks based solely on injuries. The term requiem shark is now used on the State shark website to refer to any unidentified member of the Carcharhinidae family of sharks, except tiger sharks. These include Galapagos, blacktip, blacktip reef, gray reef, whitetip reef, and sandbar sharks.

The bite, reported by the Hawaiʻi County Fire Department to be approximately 12 inches in diameter, sent Kimberly Bishop to North Hawaii Community Hospital where she recovered enough to share her story with media. From the beginning, there was confusion over what type of shark may have inflicted the wound.

In addition, DLNR says “only shark encounters that involve someone being injured are listed” on its website, and “not when a shark bites a board or boat.”

“A previous incident at Anaeho‘omalu Bay on March 26, 2019 has therefore been removed from the list, as analysis of the evidence suggests that the person involved was not bitten by the shark,” DLNR reported.