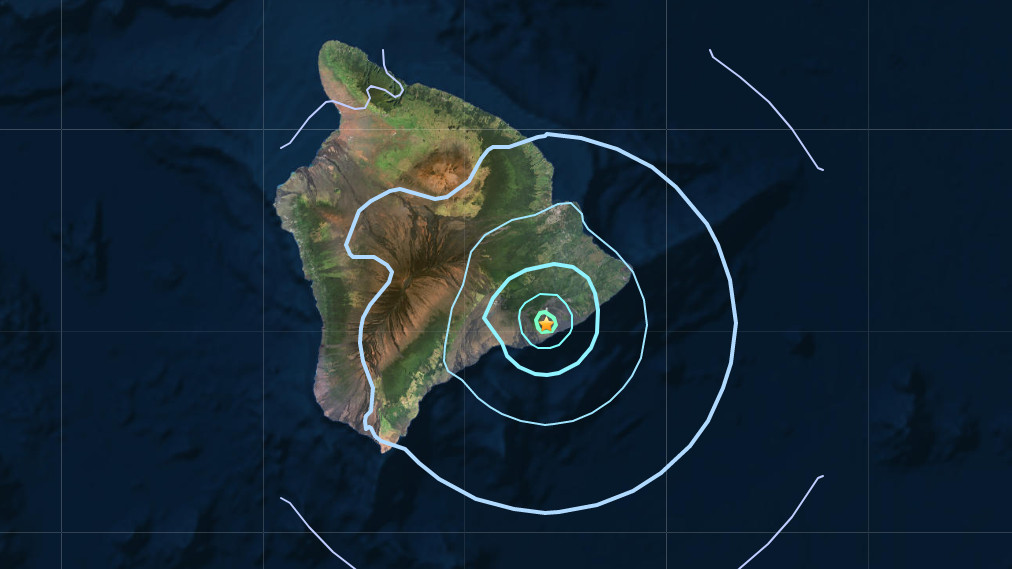 (BIVN) – A Magnitude 4.2 earthquake struck the southeast rift zone of Kīlauea Volcano on Saturday evening, but emergency officials say it was not powerful enough to generate a tsunami.

The earthquake occurred at 5:26 p.m. HST and was measured at an (updated) depth of 3.3 miles. The quake was centered south of the inactive Puʻu ʻŌʻō vent within the boundary of Hawaiʻi Volcanoes National Park.

The Pacific Tsunami Warning Center reported that there is no tsunami threat to Hawaiʻi Island due to the earthquake. However, some areas may have experienced shaking, the PTWC stated.

Hawaiʻi County Civil Defense reported that the Hawaii Volcano Observatory indicated that no volcanic activity has been related to this earthquake.

The earthquake was located about 20 km (12 mi) southeast of Volcano on the Island of Hawaiʻi at a depth of 6 km (~4 mi). This earthquake is part of the continuing adjustments beneath the south flank of Kīlauea following the magnitude-6.9 earthquake that occurred on May 4, 2018.

A map showing the location of both earthquakes is posted on HVO’s website.

More details about the magnitude-4.2 earthquake are available at the National Earthquake Information Center website.

Weak to light shaking, with a maximum Intensity of IV on the Mercalli Intensity Scale, has been reported primarily in East Hawaiʻi, with a few reports from West Hawaiʻi. The USGS “Did you feel it?” service received over 100 felt reports within an hour of the magnitude-4.2 earthquake.

The earthquakes have caused no detectable changes in activity at either Kīlauea or Mauna Loa volcanoes.