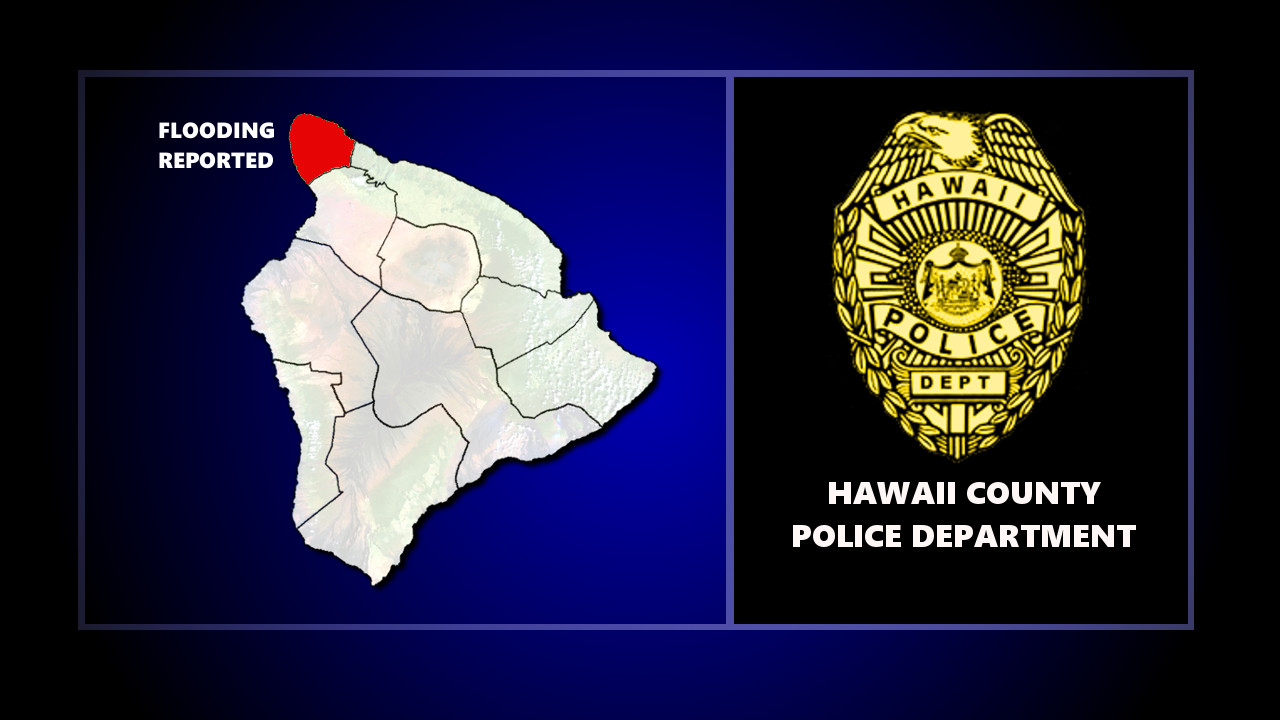 UPDATE – Civil Defense says State Highways reported Kohala Mountain Road is now open, after flooding closed the road earlier in the evening Sunday. In addition, a Flood Advisory was issued for the west-side of North Kohala. The National Weather Service in Honolulu reported:

At 10:13 PM HST, radar indicated heavy rain over the leeward Kohala coastline between Waikoloa Beach Resort and Mahukona. Rain was falling at a rate of around 2 inches per hour. Minor flooding of low lying and poor drainage areas can be expected. The rainfall is expected to shift offshore in the next hour or two.

Locations in the advisory include but are not limited to… Kohala Ranch, Hawi, Kawaihae, Waikoloa Village, Puako, Kapaau and Kamuela.

An early Sunday evening alert message from the Hawaiʻi County Police Department urged motorists to avoid Kohala Mountain Road due to the flooding conditions, and to “please use alternate routes.”

Hawaiʻi County Civil Defense said the road “is closed in both directions near the 16 Mile Marker due to ponding on roadway. Detour is through Kohala Ranch.”

“Highway crews are responding to the area to assess,” police stated.

At the time the alert was issued, there were no weather advisories in place for Hawaiʻi Island. A Flood Advisory was posted for Oʻahu.