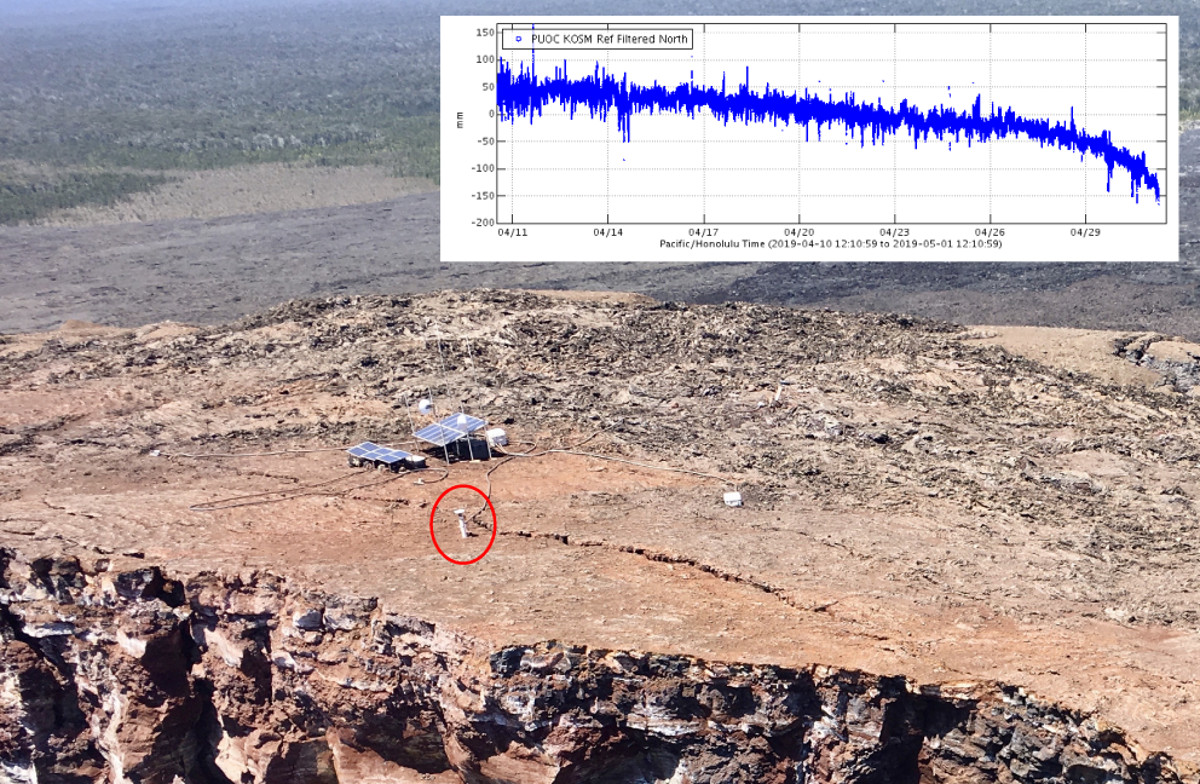 HAWAIʻI ISLAND - Scientists say a small collapse of the Pu‘u ‘Ō‘ō crater at 6:14 a.m. HST Wednesday was the last 'hurrah' for a GPS instrument located on the crater's edge.

(BIVN) – A GPS instrument, which scientists say “served faithfully throughout Kīlauea’s 2018 eruption and was an important source of information on the shallow magma system of Pu‘u ‘Ō‘ō”, was lost in a small crater collapse on Wednesday morning.

At 6:14 a.m., the instrument – designated PUOC – fell into the crater void, which was emptied one year ago in an event that signaled the start of the 2018 eruption of Kīlauea on the lower East Rift Zone.

The USGS Hawaiian Volcano Observatory has been observing a steady slumping of the craters edge in recent weeks. “This motion is interpreted to be sliding of the unstable edge of Puʻu ʻŌʻō cone, rather than having direct association with magmatic activity,” the scientists stated. “Small collapses at Puʻu ʻŌʻō have occurred since the eruption due to local instability.”

According to the USGS Hawaiian Volcano Observatory in its May 1st post:

The station’s last reported position showed it moving rapidly to the southeast, consistent with motion into the crater (inset shows data transmissions from April 11 through this morning). Monitoring of Pu‘u ‘Ō‘ō is currently being accomplished by additional GPS and tilt stations farther from the edge of the crater.

Scientists say “the larger equipment installation near the solar panels was not affected by this morning’s collapse and continues to function. However, contingency plans are in place in case collapses of the crater edge continue.”