HAWAIʻI ISLAND - The aerial survey of Hawaiʻi Island's Kīlauea Volcano was performed by the U.S. Air National Guard one year after the destructive 2018 eruption on the lower East Rift Zone. 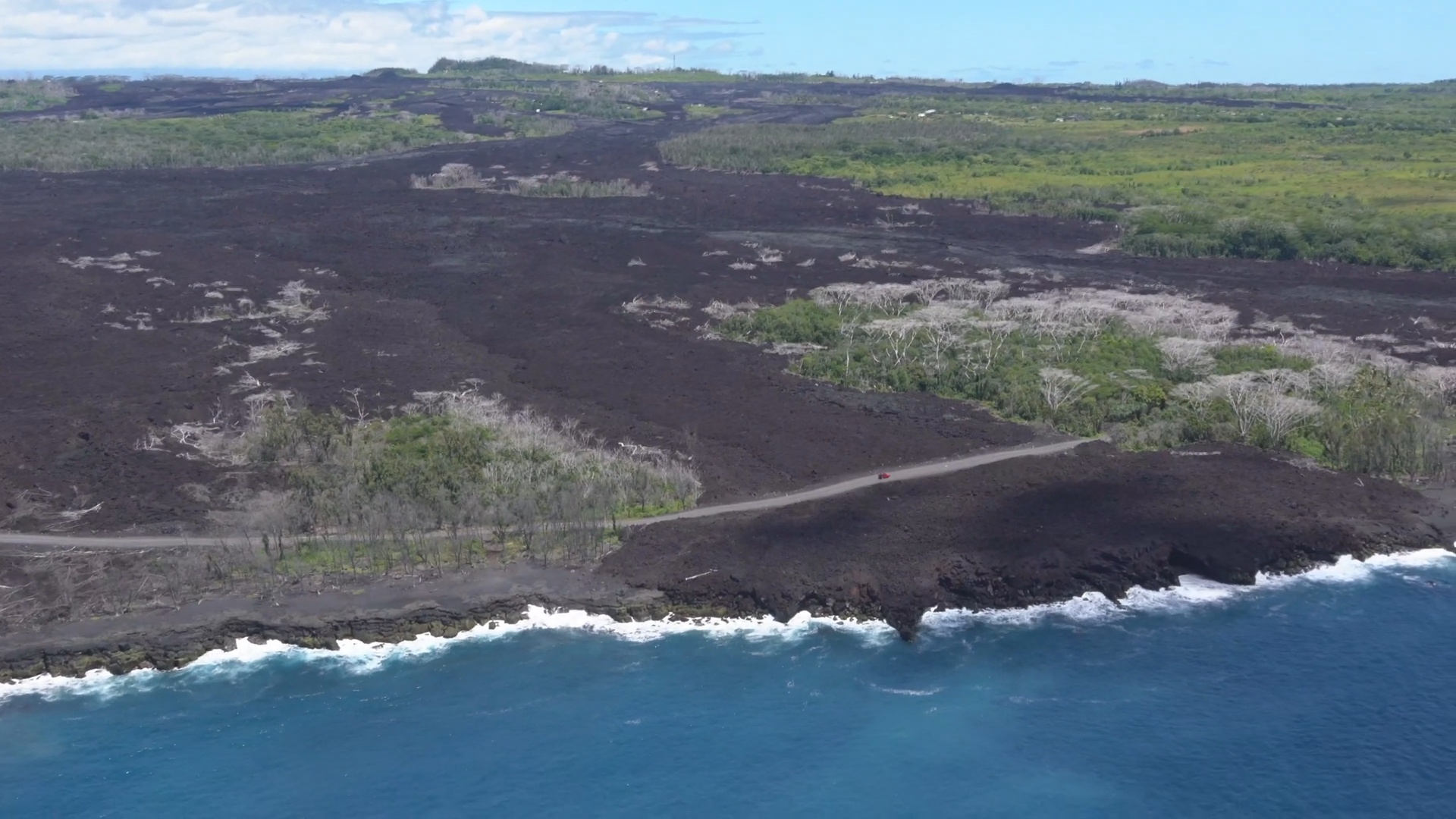 The temporary road to Pohoʻiki

The video is also a study on new roads: the “Poineer Road” paved over the Fissure 8 channel that opened access to Puna Geothermal Venture and the Halekamahina kipuka residents, the temporary road to Pohoʻiki, and the Chain of Craters Road hastily constructed last year as an emergency route through Hawaiʻi Volcanoes National Park.

Kīlauea Volcano is not erupting. USGS Hawaiian Volcano Observatory scientists say “monitoring data from the past nine months have shown steady rates of seismicity, deformation, and low rates of sulfur dioxide emissions at the summit and East Rift Zone, including the area of the 2018 eruption.”