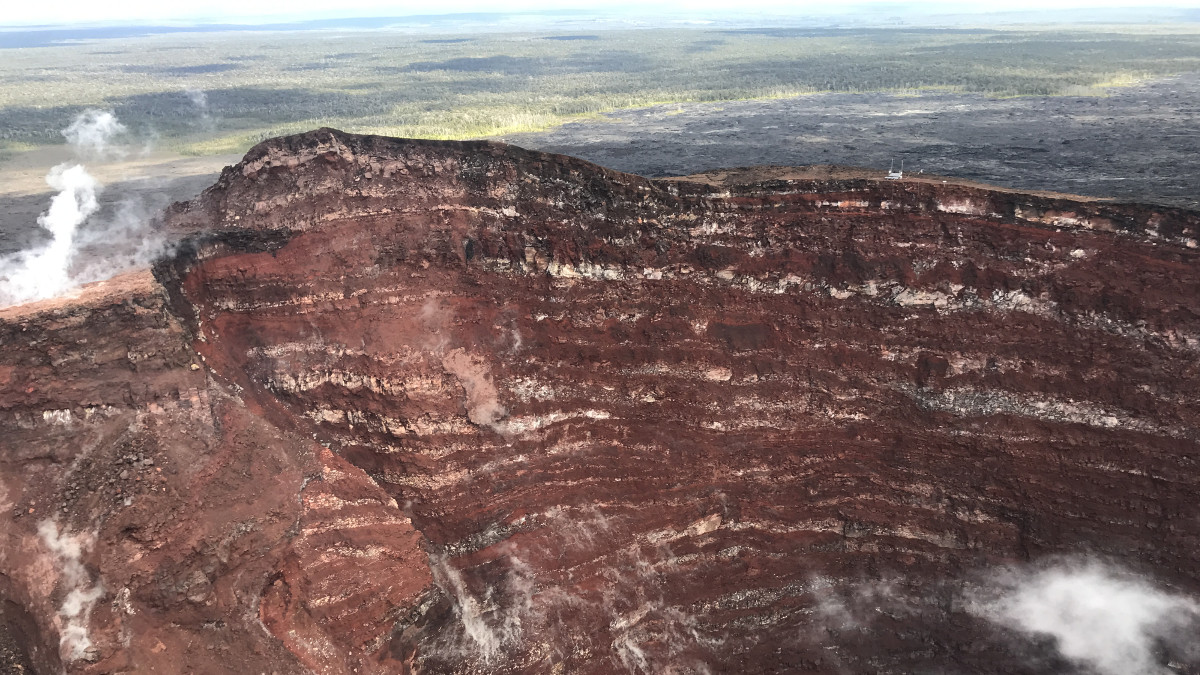 HAWAIʻI ISLAND - The USGS Hawaiian Volcano Observatory recently posted photos taken during an expedition to the vacant vent on the East Rift Zone, which had a small collapse on May 1, 2019. 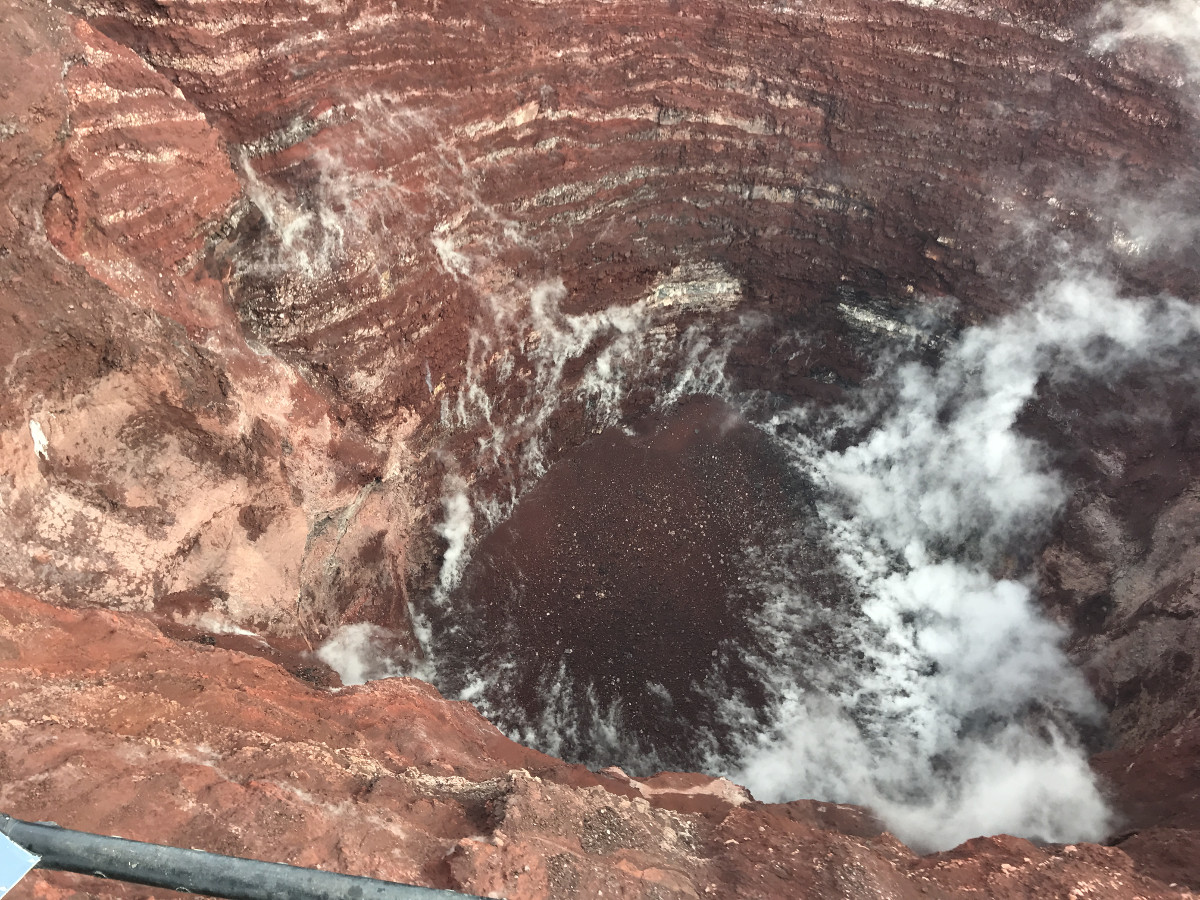 Steam rises from the loose rock on the crater floor in this view into the center of Pu‘u ‘Ō‘ō. USGS image by F. Younger.

(BIVN) – Photos from a May 7 USGS Hawaiian Volcano Observatory trip to Puʻu ʻŌʻō crater, only recently posted to the HVO website, show the latest observations made at the now-vacant center of the 35 year eruption of Kīlauea Volcano, which ended in September 2018.

The field crews visited a telemetry hub on the rim of Pu‘u ‘Ō‘ō to assess damage after a small collapse on May 1, 2019.

The May 1st collapse took with it a GPS instrument, which scientists say “served faithfully throughout Kīlauea’s 2018 eruption and was an important source of information on the shallow magma system of Pu‘u ‘Ō‘ō.”

“During the overflight, photos and observations were made of the Pu‘u ‘Ō‘ō crater,” wrote the USGS HVO. “The crater walls expose a clear sequence of lava flows and cinder that built the cone in the early 1980’s.”

“Collapses on the crater walls have enlarged sections of the crater and filled the bottom of the crater with rockfall debris,” USGS stated. “The deepest portion of the crater is about 286 m (938 ft) below the crater floor that existed prior to the collapse on April 30, 2018.”

The April 30 collapse marked the change in the activity that led to the destructive, lower East Rift Zone eruption that began on May 3, 2018.

Scientists say GPS stations and tiltmeters continue to show “motions consistent with refilling of the deep East Rift Zone magmatic reservoir in the broad region between Puʻu ʻŌʻō and Highway 130.” The refilling trend has been observed since the end of the 2018 eruption, HVO says, “however there is an indication on tiltmeters that this motion has been slowing down over the past couple weeks.”

While the significance of this pattern is unclear, monitoring data do not suggest any imminent change in volcanic hazard for this area, HVO says.