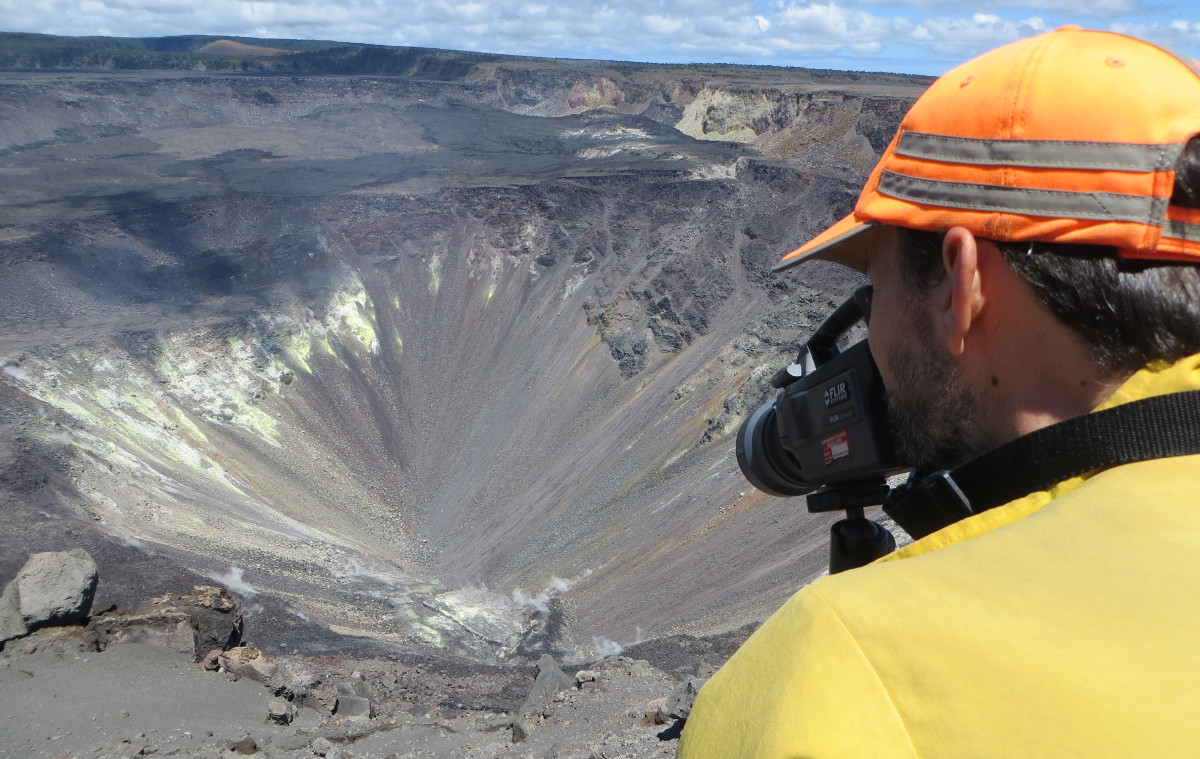 HAWAIʻI VOLCANOES NATIONAL PARK - USGS geologists made additional observations of the water at the bottom of Halema‘uma‘u today. 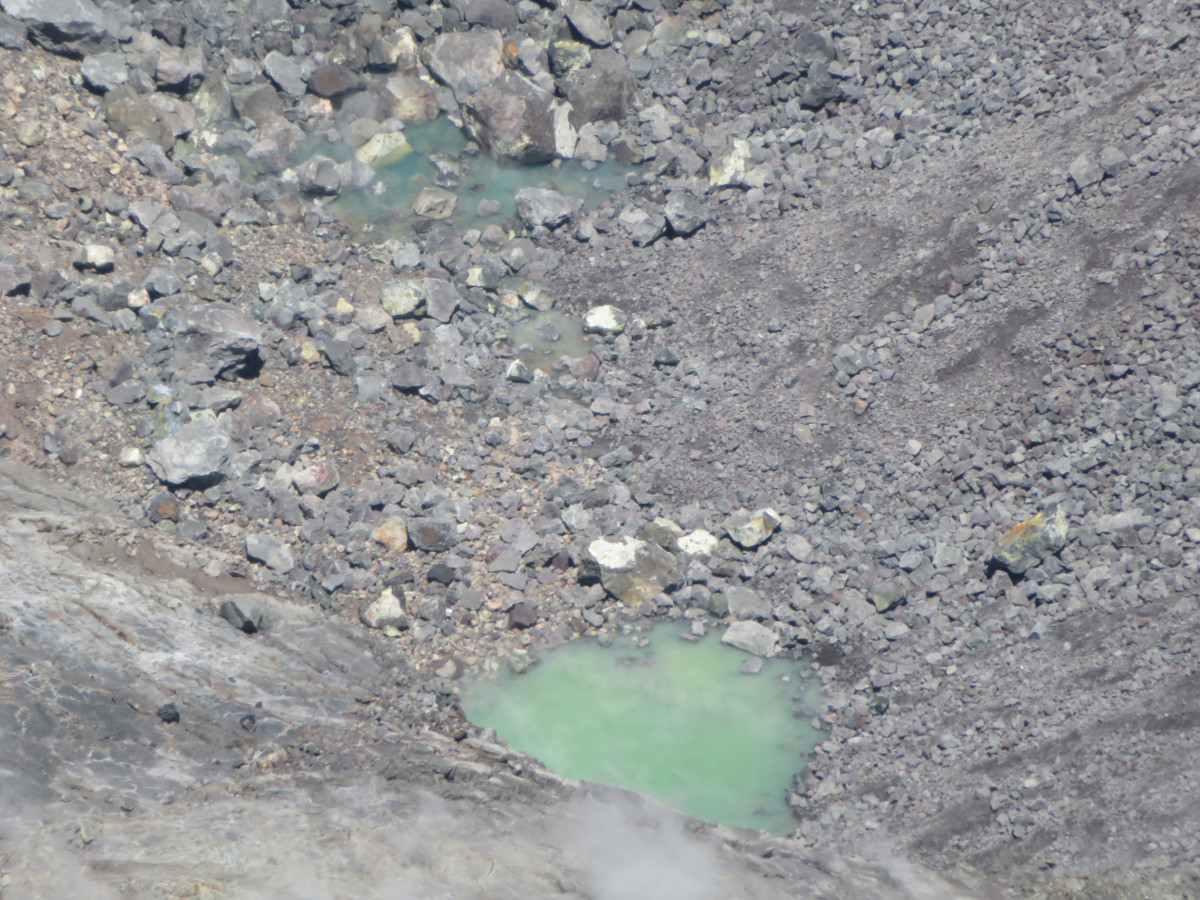 A telephoto view of the bottom of Halema‘uma‘u, which shows the small (third) puddle between the two greenish ponds. USGS photo by M. Patrick, taken on Aug. 4, 2019.

(BIVN) – Observations conducted Sunday at the summit of Kīlauea Volcano revealed the emergence of a third “pond” of water in Halemaʻumaʻu crater.

The USGS Hawaiian Volcano Observatory took advantage of today’s clear weather at the summit, making additional observations of the water at the bottom of the crater.

The third, smaller pond of water was faintly visible in photos taken yesterday, but today it became more obvious. The water in Halemaʻumaʻu was officially verified last week, after observers in a helicopter first noticed something on the floor of the crater.

Halema‘uma‘u has not had a pond of water since written observations began, although scientists acknowledge certain Native Hawaiian chants mention the presence of water ponds on the caldera floor.

While visiting the summit on Sunday, scientists took thermal images, laser range finder measurements, and telephoto photographs. “While doing their work, they heard and saw multiple rockfalls from the crater rim,” the scientists wrote, “a reminder of the ongoing hazards in this area and why it is closed to the public.” 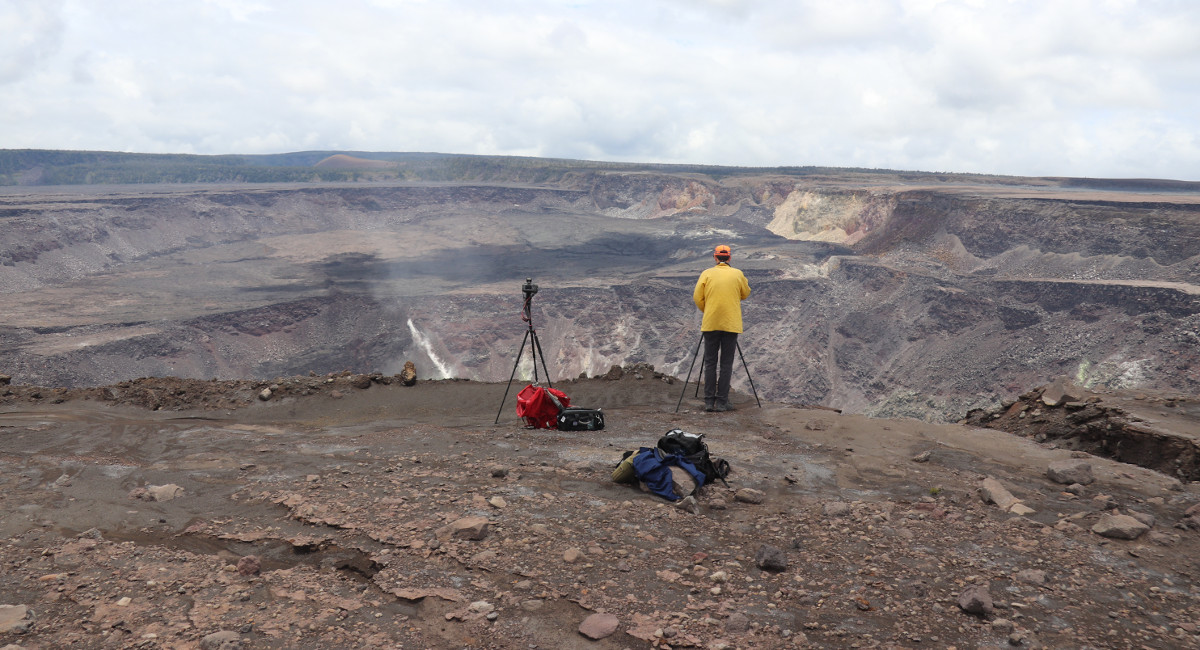 Geologists test a new range finder to determine the distance to and size of the water ponds at the bottom of Halema‘uma‘u. USGS photo by C. Parcheta, 08/03/2019.

The event of water forming at the bottom of Halemaʻumaʻu has reignited interest in the volcano, which has been quiet for less than an entire year following the destructive events on the lower East Rift Zone, and the summit collapse, of 2018. Today, Kīlauea Volcano is not erupting and the alert level is at NORMAL / GREEN.

During the eruptive events of 2018, USGS HVO scientist Don Swanson explained how Kīlauea is an explosive volcano, contrary to what modern-day observations have documented. When magma interacts with the water table, dangerous phreatic eruptions could occur.

“At this time, there is no reason to think hazards at the summit have increased or decreased because of the presence of water,” scientists wrote in a recent Volcano Watch article.