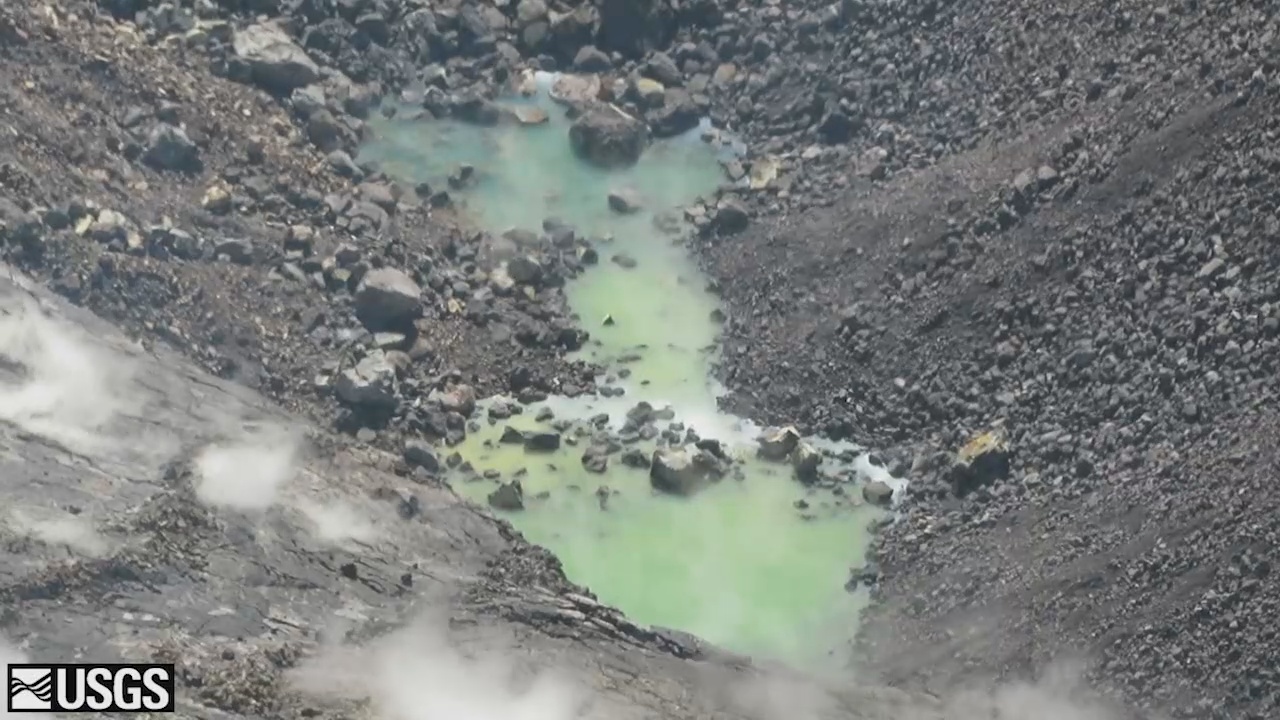 Image from USGS video by M. Patrick shows a close-up of the ponded water at the bottom of Halema‘uma‘u.

HAWAIʻI VOLCANOES NATIONAL PARK - Water ponds observed at the bottom of Halema‘uma‘u crater are now joined, as scientists keep a close watch on the activity.

(BIVN) – The slow rise of water continues at the bottom of Halema‘uma‘u crater at the summit of Kīlauea Volcano.

The water has attracted wide attention, and is being closely watched by the USGS Hawaiian Volcano Observatory. In fact, since August 1, HVO has been posting to its website daily, photographic updates on the evolution of the water pond. Its a publishing pace that has not been seen since the end of the 2018 eruption on the lower East Rift Zone.

“The ponds are milky turquoise, or greenish, in color, indicative of dissolved sulfur and metals from magmatic gases or surrounding rock mixing into the water,” the scientists wrote in a recent Volcano Watch article. “Thermal images show water surface temperatures of approximately 70 degrees Celsius (158 degrees Fahrenheit). Tracking both color and temperature of the ponds will help us identify changes in chemistry and heating.”

On August 8, HVO scientists noted that “all three ponds are now joined, indicating that the water at the bottom of Halema‘uma‘u continues to slowly rise. Rangefinder measurements also suggested continued pond deepening.”

“When viewing the water through image-stabilized binoculars, scientists could see agitation on the pond surface, visible in this photo as white spots on the water,” HVO wrote. 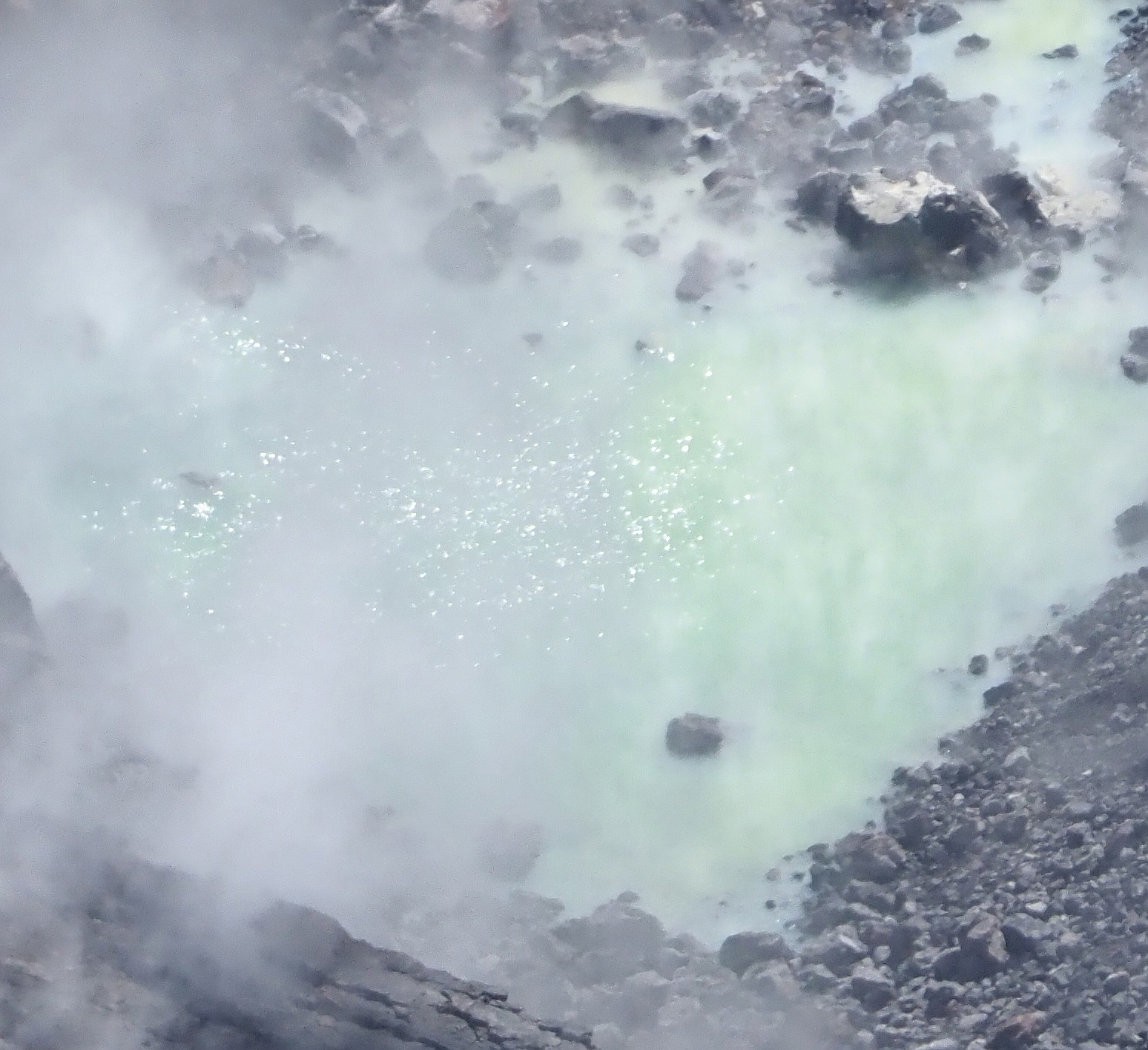 The photo above has been cropped here to better show agitation on the pond surface. The agitation could be due to escaping gases from below rising through the water, or from the water boiling, or, perhaps, a combination of both. HVO scientists will better understand what’s happening if/when a sample of the water can be collected, which is a logistical challenge given that the pond cannot be reached on foot due to hazardous conditions in the crater. USGS photo by D. Swanson, 08-08-2019.

Observations on Saturday afternoon (Aug. 10) show that the water level at the bottom of Halema‘uma‘u continues to slowly rise, enlarging the area of the pond, scientists reported. HVO provided this side-by-side comparison.

On August 9, HVO provided some video of the pond. “Different parts of the pond have different colors, presumably reflecting different amounts or varying chemistry of dissolved particles in the water,” scientists wrote.

The scientists are still trying to learn about the origin of the water, which might shed light on what the new feature means for future activity at Kīlauea.

“Direct sampling and chemical analyses of the water in Halema‘uma‘u would provide insight into its source – if it is a shallow accumulation of rainwater or the surface expression of a deeper-seated layer of groundwater,” scientists wrote recently. “Some of the water could also be from condensed water vapor directly released by the magma. Knowing the water’s source will help us better understand the possible hazards associated with it. For instance, if the water is from the extensive zone of groundwater around the crater, it could be more likely to interact with rising magma and result in explosive activity.”

At this time, HVO says, monitoring data do not indicate any signs of imminent unrest at Kīlauea’s summit. Magma continues to quietly recharge the summit magma reservoir.