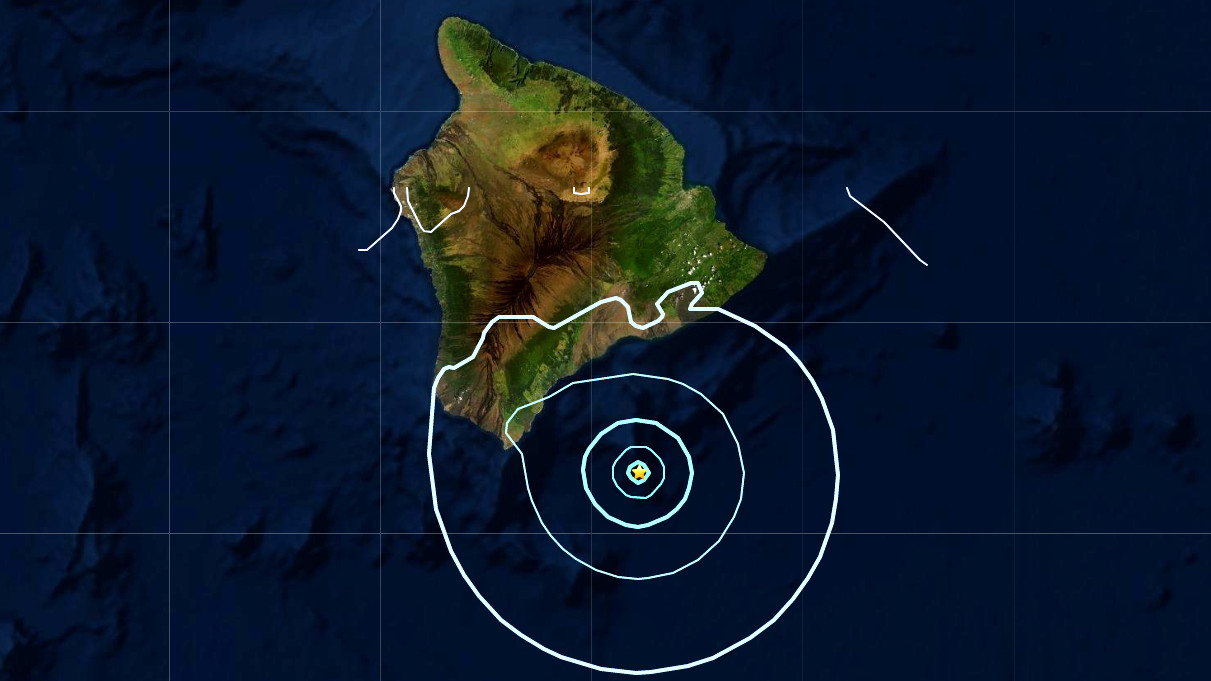 HAWAIʻI ISLAND - Civil Defense reported on Thursday morning that the quake did not generate a tsunami threat to the Island or State of Hawaiʻi.

The Pacific Tsunami Warning Center reported the earthquake occurred in the vicinity of Loihi Seamount, and was not large enough to cause a tsunami for the Island of Hawaiʻi.

“As in all earthquakes, be aware of the possibility of after-shocks,” reported Hawaiʻi County Civil Defense in an alert message. “If the earthquake was strongly felt in your area, precautionary checks should be made for any damages; especially to utility connections of Gas, Water, and Electricity.”

Weak shaking, with maximum Intensity of III, has been reported from around the Island of Hawai‘i. At that intensity, damage to buildings or structures is not expected. The USGS “Did you feel it?” service received 30 felt reports within two hours of the earthquake.

According to Brian Shiro, HVO’s Seismic Network Manager, the earthquake was located 10 km (6 mi) south of the summit of Lō‘ihi seamount, but does not appear to be associated with the submarine volcano. “The earthquake was most likely due to bending of the Earth’s crust under the weight of Hawai‘i Island,” he said.

Lō‘ihi is an active submarine volcano located on the seafloor south of Kīlauea Volcano about 30 km (19 mi) off the southeast coast of the Island of Hawai‘i. The seamount is 969 m (3,180 ft) below sea level. It last erupted in 1996.

Today’s earthquake had no apparent effect on Kīlauea or Mauna Loa volcanoes, and the Pacific Tsunami Warning Center reported that no tsunami was generated by it.