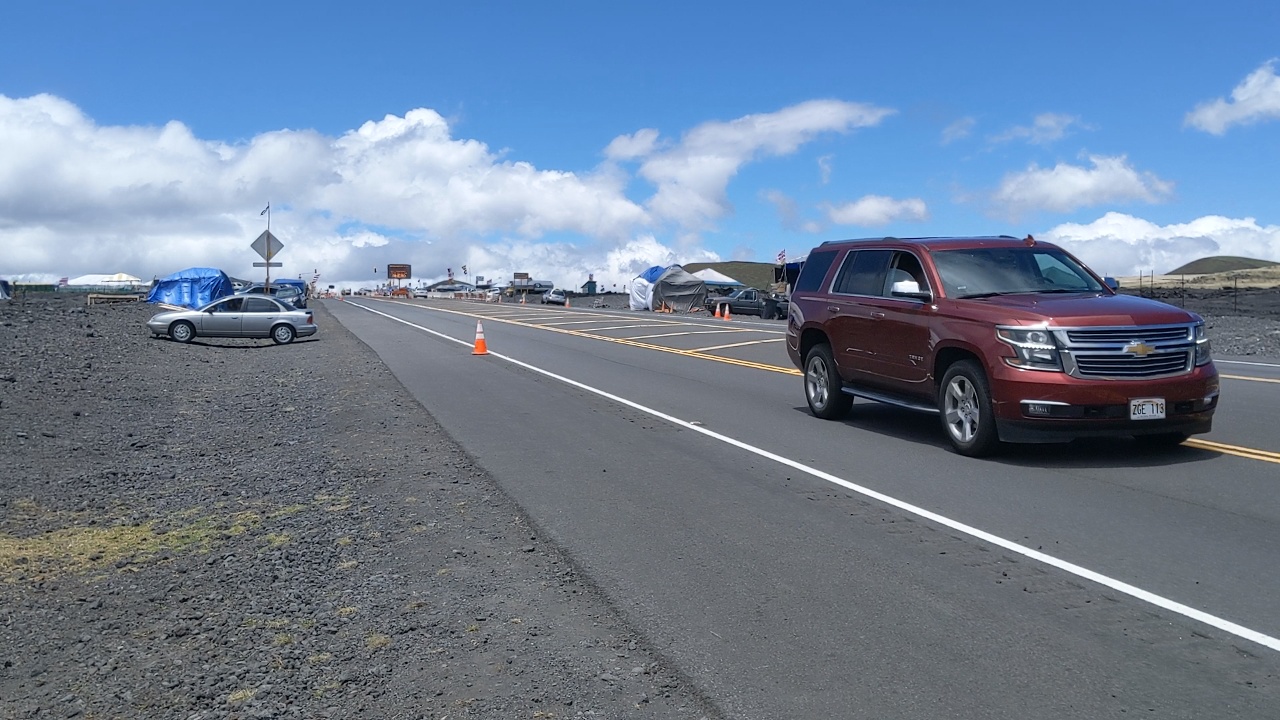 Police: 610 Citations, 7 Arrested In One Week On Saddle Road

(BIVN) – Two days after acknowledging an increase in traffic enforcement on the cross-island Daniel K. Inouye Highway, police on Thursday released statistics for one week of activity.

Since August 15, there have been 610 citations and 7 suspects arrested for 13 offenses, police report.

On Tuesday, as the Hawaiʻi County Council Finance Committee questioned the administration on the $3.2 million in County costs incurred to assist the state in support of the Thirty Meter Telescope project, Police Chief Paul Ferreira confirmed that there are about 20 to 25 officers on the Saddle Road per day. Thursday’s media release said the officiers are “assigned to be in place for the TMT protestor blockade and encampment on Mauna Kea access road.”

“We’ve actually tasked those officers with doing traffic enforcement from the entire route of the Daniel K. Inouye Highway, from the 190 boundary on the South Kohala side to the Kaumana City boundary on the Hilo side,” Ferreira told the council.

The efforts of police during this project which began last Thursday (August 15) to date, has resulted in the issuance of 610 traffic citations and seven suspects arrested for 13 offenses. While conducting enforcement, two tow trucks (from different companies on separate dates) were observed without license plates attached and were stopped. Both trucks determined to have expired safety and weight tax. Subsequently, police had these illegal vehicles towed (by a legal tow truck) from the area.

According to a breakdown of the information provided by police, the 610 citations were categorized as follows:

The 13 arrested offenses were categorized as follows:

“Enhanced traffic enforcement efforts will continue on Daniel K. Inouye Highway by Hawaiʻi Police Department for the duration of the ongoing situation with the resulting impact of increased traffic and pedestrians,” police wrote.