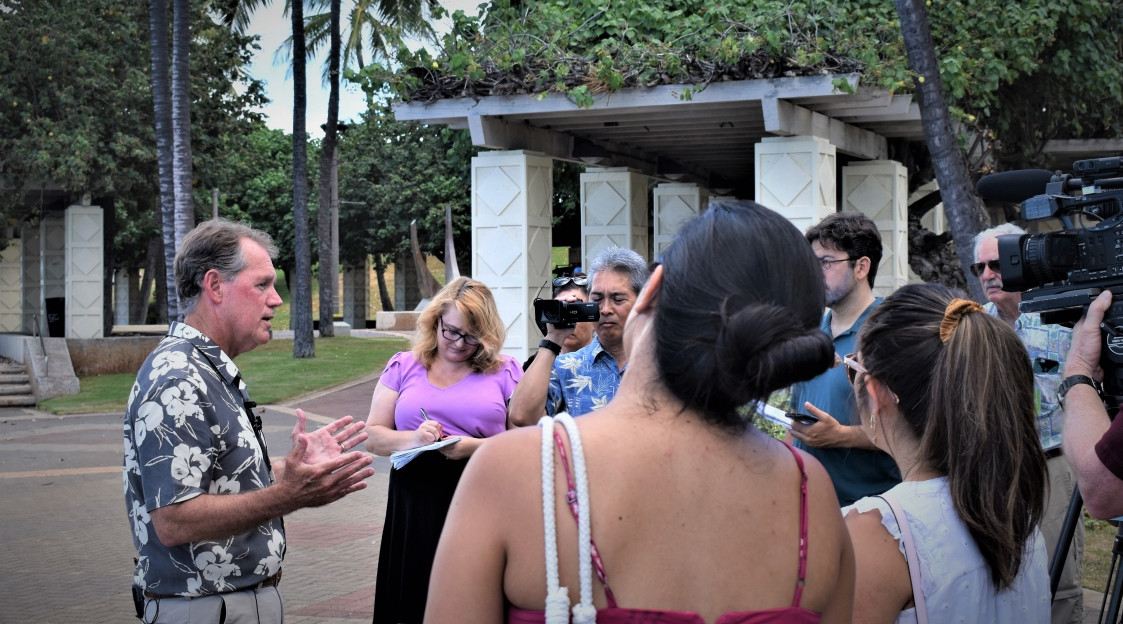 (BIVN) – With Hawaiʻi residents, worn out by tour helicopter noise, clamoring for a change, Congressman Ed Case is planning to take action in Washington.

Rep. Case says he is bringing forward the “Safe and Quiet Skies Act”, which would direct the Federal Aviation Administration to adopt tighter regulations for commercial air tour helicopters.

This media release was issued on Thursday:

U.S. Congressman Ed Case (Hawai‘i – District 1) today announced that he will introduce a measure in the U.S. House of Representatives to impose strict regulations on commercial tour operations to include helicopters and small planes.

Case’s proposed “Safe and Quiet Skies Act” would direct the Federal Aviation Administration (FAA), which has virtually exclusive jurisdiction over such aircraft, to adopt tighter safety recommendations long advanced by the National Transportation Safety Board (NTSB).

“Following these recent tragedies in Kailua and at Dillingham Air Field, which are not isolated instances nationally, the NTSB, which is responsible for investigating accidents but not for direct safety regulation, strongly suggested to the FAA that safety-related regulation of commercial tour helicopters and small aircraft skydiving operations is generally insufficient. Clearly the FAA should now follow the NTSB’s lead before any more lives are lost.”

“These tragedies occurred amidst a rapid increase in commercial helicopter and small plane overflights of all parts of Hawai’i including residential, commercial and industrial neighborhoods, cemeteries and memorials, land and marine parks and other recreation areas, and sensitive military installations. These have disrupted whole communities with excessive noise and other impacts, destroyed the peace and sanctity of special places, increased risk to not only passengers but those on the ground, and weakened security and management of defense operations.”

“As a result, the operators, aside from strict takeoff and approach, avoidance of established flight paths and other limited circumstances, are virtually free to fly wherever, whenever and as often as they want. And they do, with little to no self-regulation.

“My Safe and Quiet Skies Act will further mandate strict regulation of commercial air tour operations to address defense risks and community disruption, including no overflights of defense, park, cemetery, and other sensitive installations and minimum altitude maximum noise limits on all flights. Additionally, it will allow states, localities, and tribes to impose stricter regulations on tour flights in their jurisdictions, to include time, route and frequency, with required public engagement.”

According to Rep. Case’s media release, the “Safe and Quiet Skies Act” specifics would: