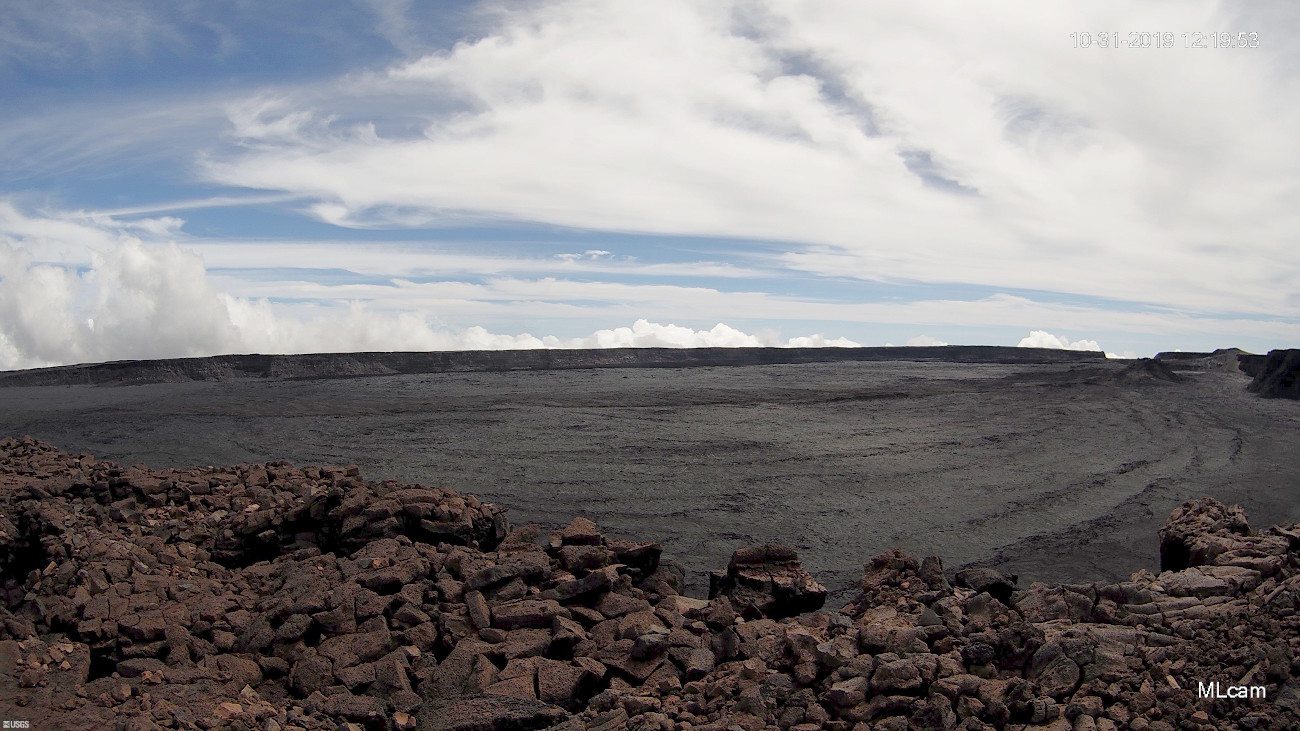 Mokuʻāweoweo Caldera, as seen from the Northwest Rim, via a USGS HVO webam on October 31, 2019

MAUNA LOA, Hawaiʻi - During the past week, approximately 147 small-magnitude earthquakes were detected beneath the upper elevations of Mauna Loa, scientists reported. 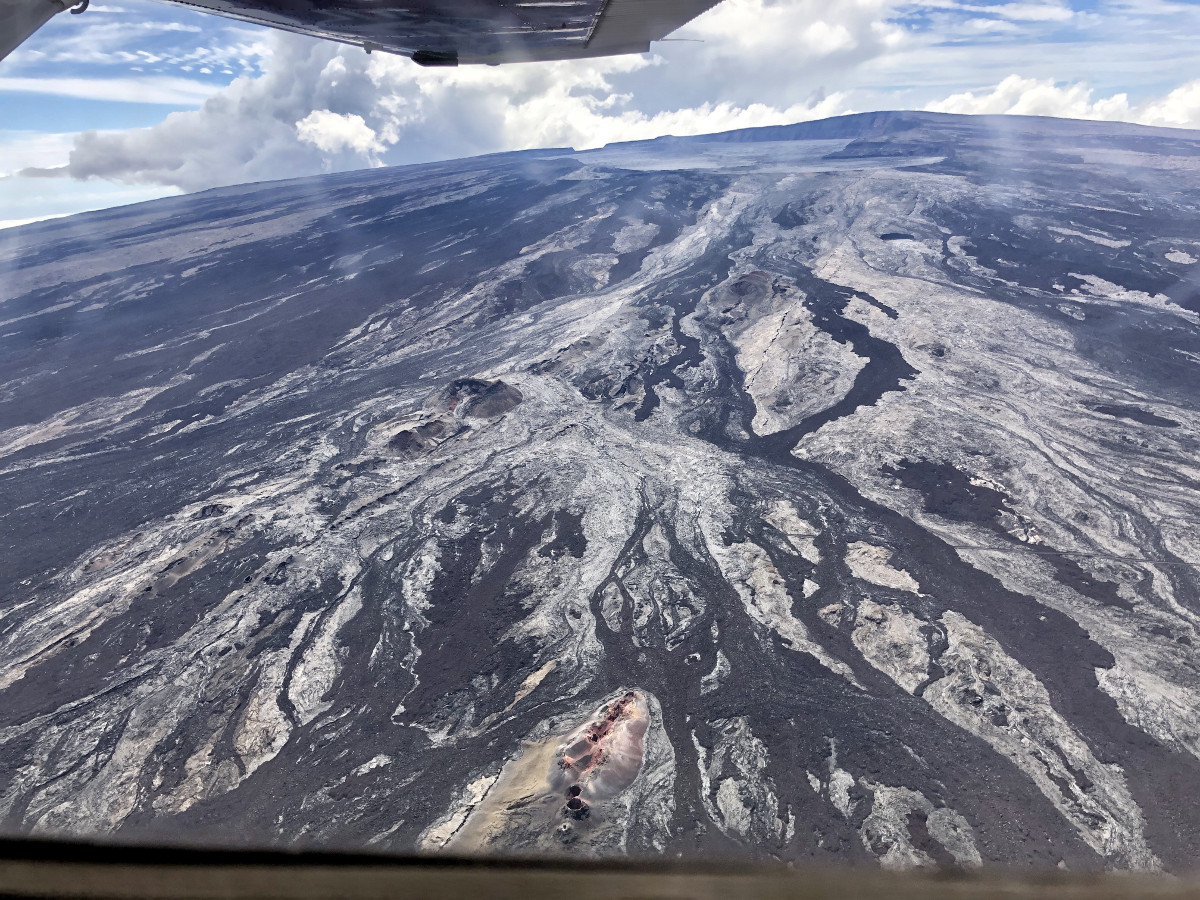 Cones, flows, and fissures mark the uppermost portions of Mauna Loa’s northeast rift zone in the foreground of this aerial image taken by Civil Air Patrol on Sunday, October 20, 2019. In the background, Moku‘āweoweo, Mauna Loa’s summit caldera, is visible. (via USGS HVO)

(BIVN) – Mauna Loa Volcano is not erupting, and rates of deformation and seismicity have not changed significantly over the past week, reported the USGS Hawaiian Volcano Observatory in its weekly update.

The USGS recently published some photos of the volcano courtesy the Civil Air Patrol, which flew over the 13,681 ft. summit area on Sunday, October 20. The images offered dramatic views of the Moku‘āweoweo caldera and other features. 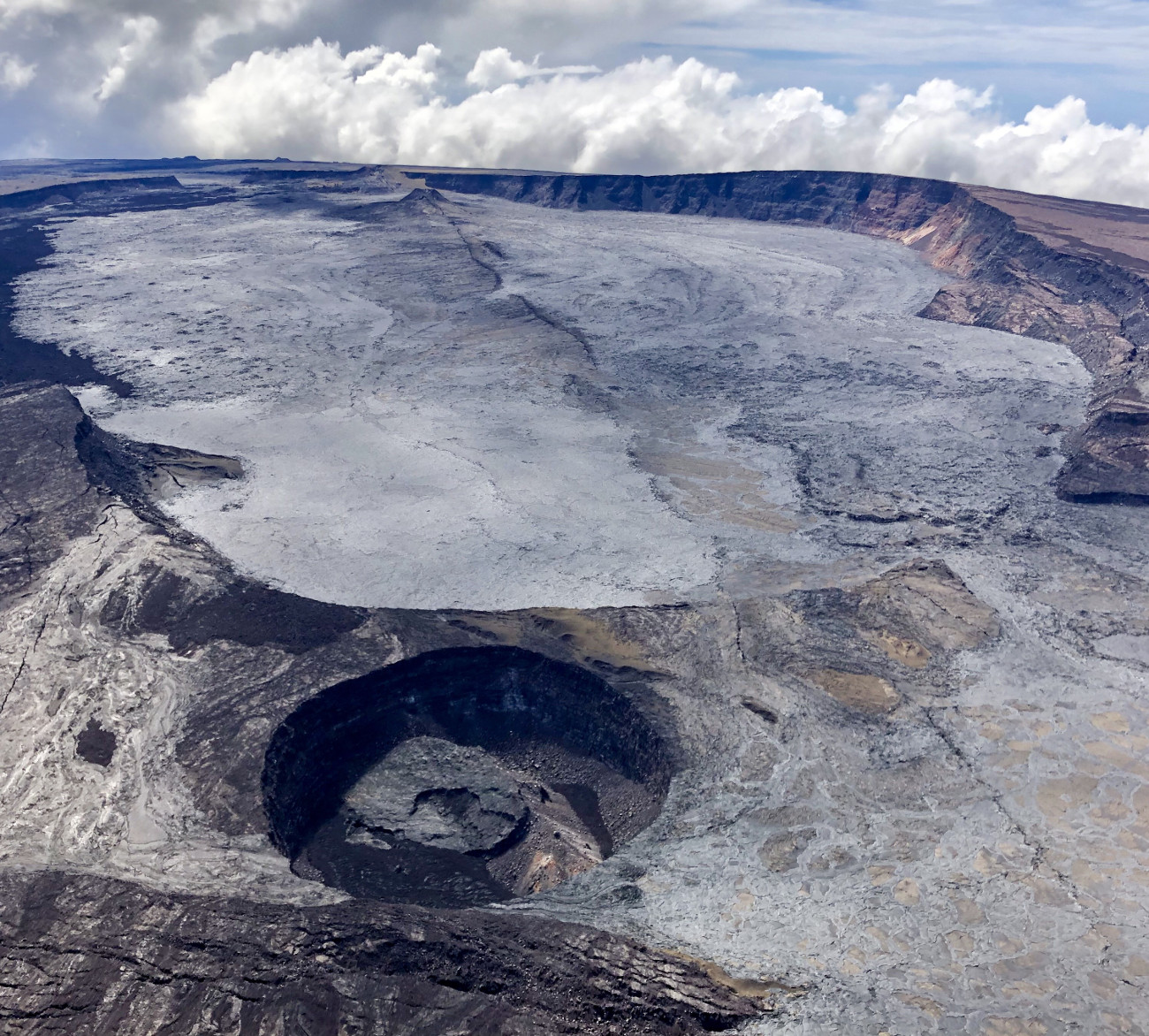 Aerial view of Mauna Loa’s summit caldera, Moku‘āweoweo, captured by Civil Air Patrol on Sunday, October 20, 2019. Lua Poholo is the name of the pit crater in the bottom left corner of the image. Cones that formed during the 1940 and 1949 eruptions of Mauna Loa are visible in the background, as well as fissures that extend through the center of the caldera. These fissures formed during the most recent eruption of Mauna Loa, in 1984. (via USGS HVO)

Mauna Loa last erupted in 1984. Scientists say updates on the status of the volcano will be issued each week on Thursdays until further notice.