HILO, Hawaiʻi - The County of Hawaiʻi, with a court order, removed unpermitted structures from a property in downtown Hilo on Thursday morning. 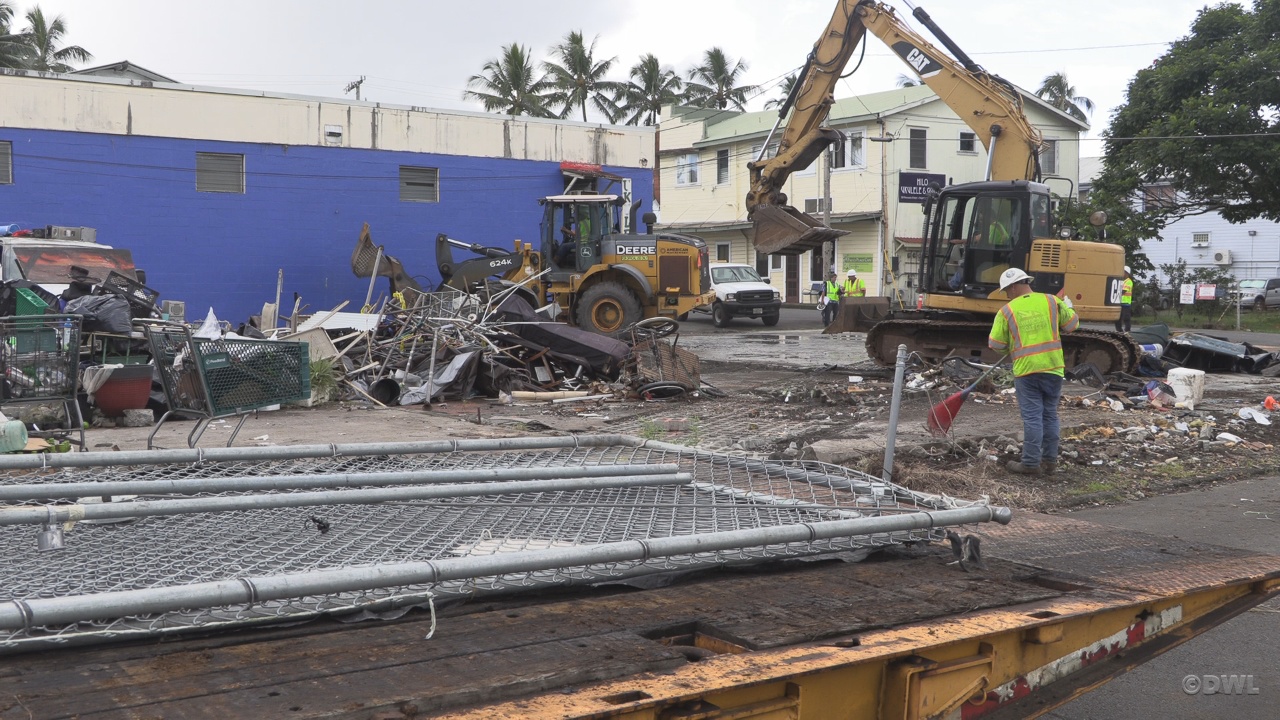 (BIVN) – Unpermitted structures in Downtown Hilo were knocked down and removed by Hawaiʻi County crews on Thursday morning.

The action was taken in accordance with a court order issued in County of Hawaiʻi vs. Elizabeth Jerilyn Rose, et al. “The owners of the property, Elizabeth Jerilyn Rose, Michael Brock Ravenswing, NSHE HI FOXGLOVE LLC, and NSHE HI THISTLE LLC, were given numerous opportunities to respond to the violations, but ultimately they chose not to do anything,” officials said in a media release.

Judge Henry Nakamoto, in his October 1 order, enjoined the owners from further unpermitted use of the property, located between Ponahawai and Mamo streets. The court order also authorized the County to enter the property to conduct demolition and removal operations.

The lot has served to shelter the homeless, and according to media reports, the owners defended their actions by asserting that the encampment sits on Hawaiian Kingdom lands that are outside the jurisdiction of the United States.

“There is approximately ten of us,” said Jeffery Horie, one of the residents of the encampment who says he was also serving as a property manager for the owners. “The rest of the folks have left and are in process of finding themselves shelter.” 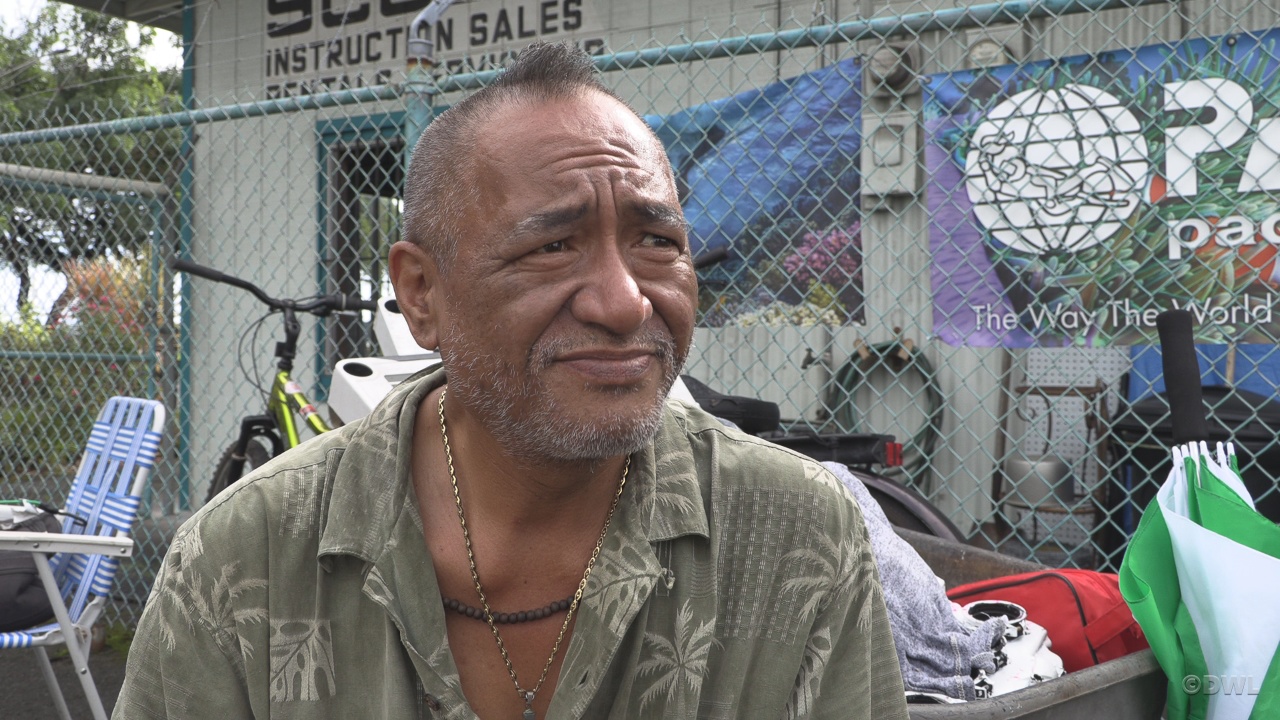 “My immediate plan will be to protest this maneuver by the County,” Horie said. “I understand that there’s some problems here that need to be taken care of. I can’t really speak for the owner, but I know that they are in the process of trying to amicably work out the situation. Unfortunately, both parties are not coming to together.”

The County says today’s action was done after all efforts were made to work with the owners of the property.

Horie thanked law enforcement “for being cordial”, and also thanked “the people of Hilo and the Big Island for affording their hospitality to those that need some assistance.”