HILO, Hawaiʻi - A council committee has requested a presentation by the USGS and Civil Defense on the accumulation of water at the Kīlauea summit.

UPDATE (1:30 p.m.) – USGS Hawaiian Volcano Observatory geologist Matt Patrick gave the Hawaiʻi County Council a presentation today on the Halemaʻumaʻu crater lake at the summit of Kīlauea Volcano. One of Patrick’s power point slides stated there are “no detectable signs of imminent unrest at the summit”, and provided the following important points of information:

Patrick also spoke about the implications of the crater lake for hazards. Magma interacting with water can trigger explosive activity, and according to his presentation: 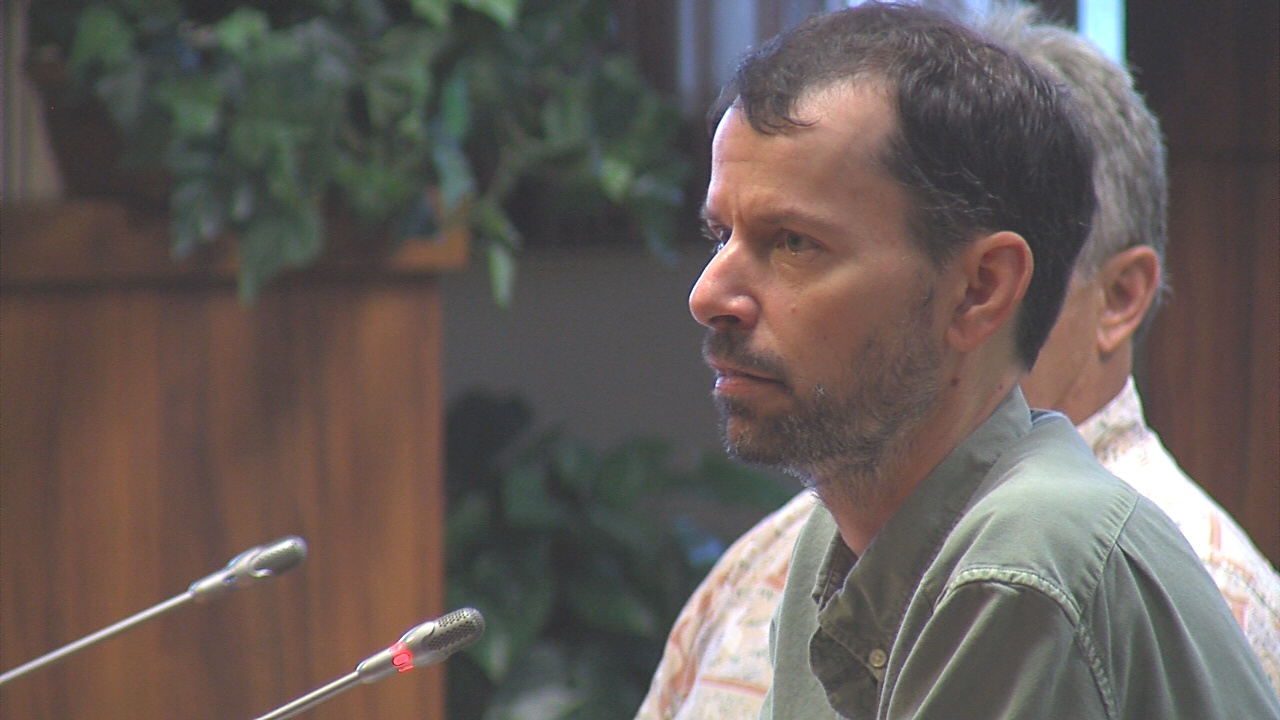 (BIVN) – original story – A Hawaiʻi County Council committee is expecting to hear a presentation today from the U.S. Geological Survey Hawaiian Volcano Observatory, and Hawaiʻi County Civil Defense, on the “source and accumulation of water in Halemaʻumaʻu crater” on the summit of Kīlauea.

Kīlauea Volcano is not erupting, and scientists are presently monitoring the water pond at the bottom of Halema’uma’u, which began forming on July 25, 2019, and which continues to slowly expand and deepen.

A sample of the water collected from the Halema’uma’u water lake by UAS on October 26, 2019 has undergone preliminary analysis. Early results indicate that the sample has a pH of 4.2 (moderately acidic, in the range of many fruit juices) and high concentrations of dissolved sulfur and magnesium. This composition reflects complex processes including reactions between magmatic gases, groundwater (that was recharged as precipitation), and Kilauea’s basaltic rocks (through which the groundwater flows towards the pond). The water’s composition is significantly different from rainwater and is also significantly different from water present in the deep Keller Well 1.5 km (1 mi) south of Halema’uma’u. The difference from Keller Well water suggests that the release of magmatic gases is currently focused under the crater and ponded water, consistent with long term observations at the summit.

Results of the water sample analysis will assist HVO in evaluating potential eruptive hazards posed by Kilauea. For example, the high concentration of dissolved sulfate in the lake water (53,000 mg per liter, 75% of total dissolved solids) suggests that it originates from SO2 released by magma residing at shallow depths below Halema’uma’u. Further work may help constrain that depth.

If much of the SO2 emitted by subsurface magma is being dissolved into the water, current measurements of SO2 emission rate for Kīlauea summit (~30 t/d) are underestimates for true SO2 release from the magma. In the absence of the summit water, SO2 emission rates would likely be higher, perhaps closer to the ~200 t/d emitted prior to the 2008 appearance of the summit lava lake. Future changes in sulfate concentration of the water may indicate changes in SO2 degassing and magma depth.

The lake is also variable in color and temperature. HVO’s single sample of water may not be representative of the lake as a whole. Additional water samples may be necessary to best monitor all aspects of Kīlauea’s current non-eruptive state.