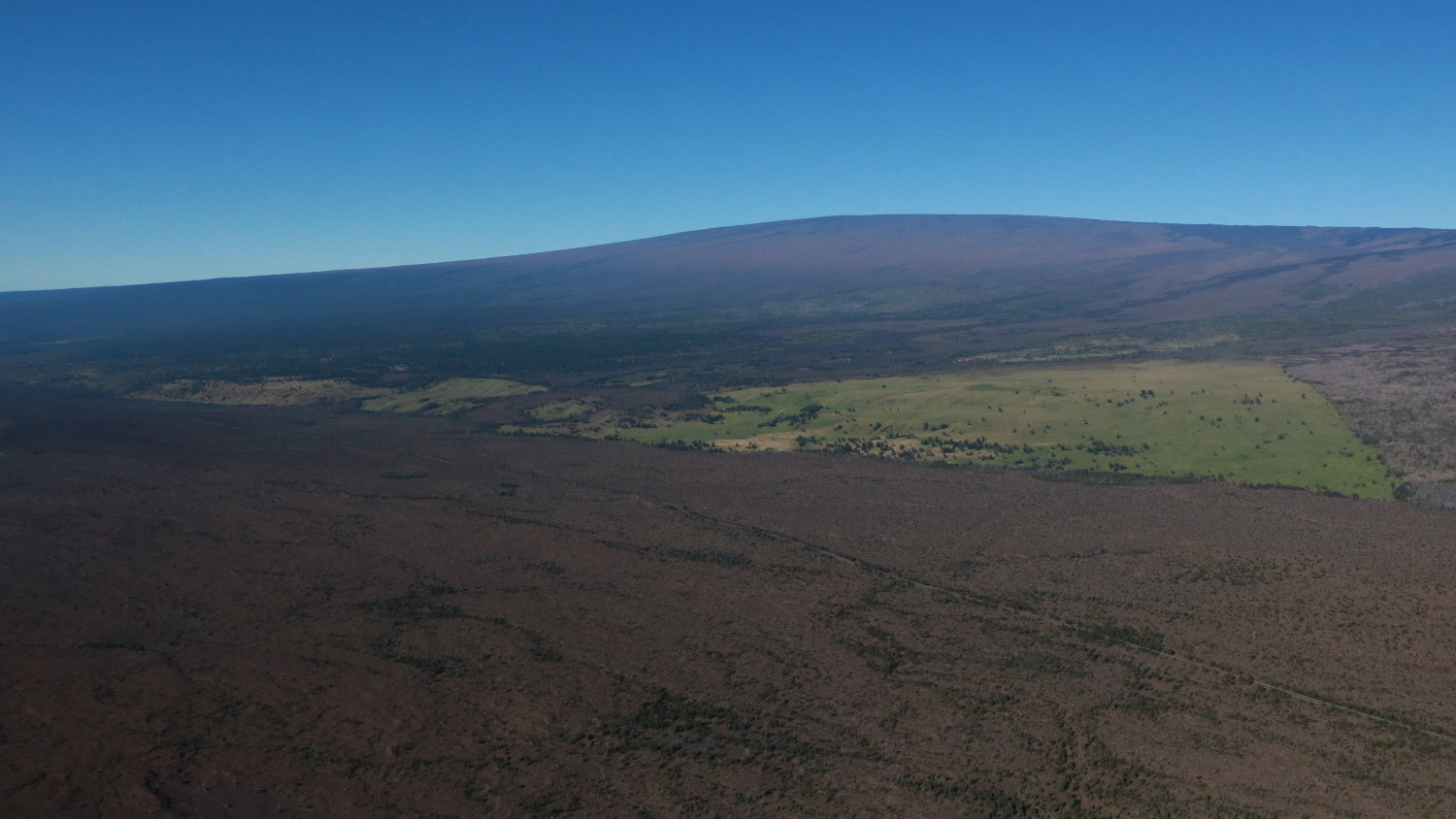 "During an overflight of Kīlauea’s summit on December 18, there were clear and cloud-less views of Mauna Loa Volcano. Highway 11, traversing both Kīlauea and Mauna Loa lava flows, is visible in the lower right corner of the image which shows a view from high above Kīlauea’s summit looking west." (USGS photo by K. Mulliken / caption by USGS HVO)

HAWAIʻI ISLAND - Scientists say 106 small-magnitude earthquakes were detected beneath the upper elevations of Mauna Loa, exactly double the amount detected the week before.

(BIVN) – Mauna Loa is not erupting, and the USGS Hawaiian Volcano Observatory say the Volcano Alert level remains at ADVISORY. “This alert level reflects rates of seismicity and deformation that are above the long-term background. It does not mean that an eruption is imminent or that progression to an eruption is certain,” scientists wrote.

In its December 26 weekly activity update, HVO reported that rates of deformation and seismicity on Mauna Loa have not changed significantly over the past week and remain above long-term background levels.

“Another 12 earthquakes slightly larger than M2.0 were detected, which is normal for the volcano at this time,” the scientists wrote. “Two of these events, both M3.2 earthquakes, were felt by several island residents. Most of the earthquakes occurred at shallow depths of less than 6 km (~4 miles) below sea level.”

Mauna Loa is Earth’s largest volcano. It last erupted 35 years ago in 1984.