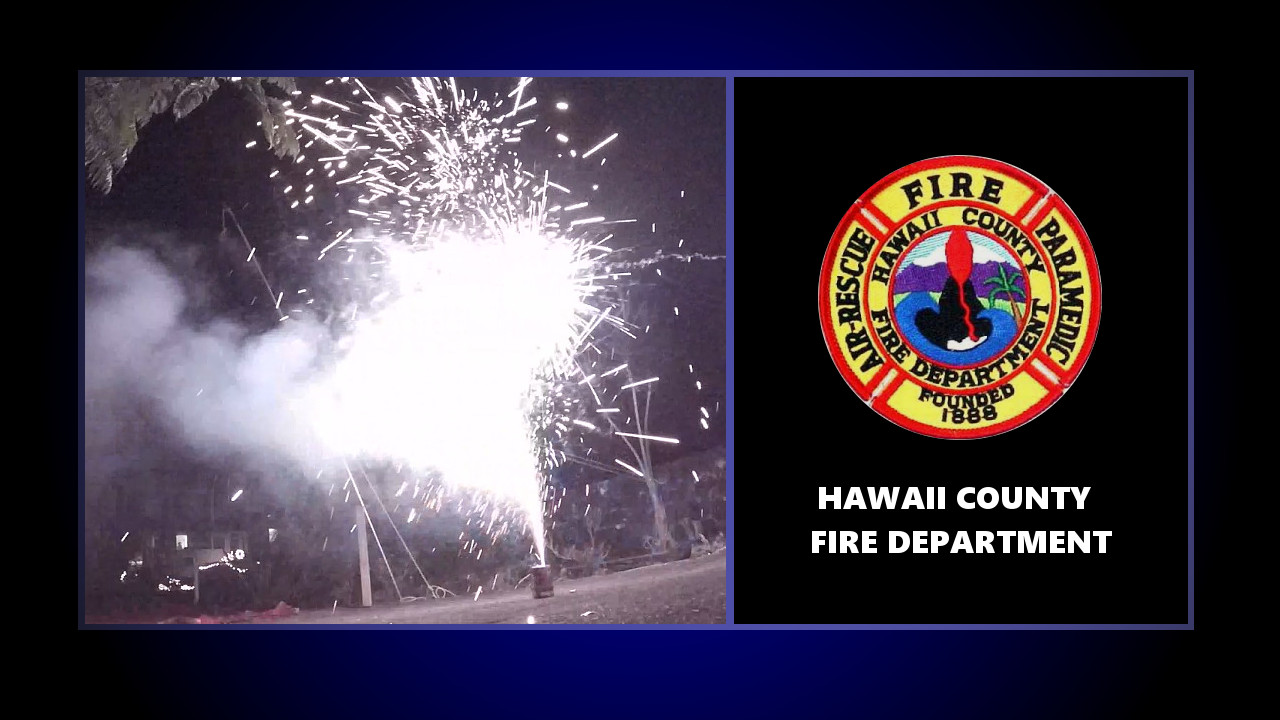 HAWAIʻI ISLAND - The County has received numerous complaints about "fireworks and homemade explosive devices" being exploded in the days prior to the New Years celebration.

(BIVN) – The Hawaiʻi County Fire Department has issued a warning on the use of fireworks leading up to New Years Eve.

County officials on Friday issued a news release “regarding the use of illegal fireworks and the impacts they have on the community, pets and livestock.”

County officials say they have received numerous complaints “about fireworks and homemade explosive devices that disturb residents and their animals.” Particularly affected are the elderly, the infirm and people suffering from Post-Traumatic Stress Syndrome (PTSD), the County says.

“The problem seems to be growing in various neighborhoods, and it poses a potential hazard,” said Fire Chief Darren Rosario in the media release. “We urge the community to be considerate of their neighbors by not using illegal fireworks or explosives.”

According to the County of Hawaiʻi:

The Fire Chief noted that hefty fines and penalties, including imprisonment, can be levied. Fireworks may be legally used with a permit during a limited period including the Fourth of July, New Year’s and Chinese New Year. The use of illegal fireworks may be a felony punishable by up to five years of incarceration, and fines of up to $2,000 per offense, according to HRS § 132D-14. Another statute, HRS § 132D-13, notes that parents, guardians and other persons having the custody or control of a minor who knowingly allow the minor to explode any fireworks may be held liable. Liability may also extend to a homeowner, renter, or person otherwise responsible for real property who knowingly allows an individual to explode any aerial device while on the real property, according to HRS § 132D-14.5.