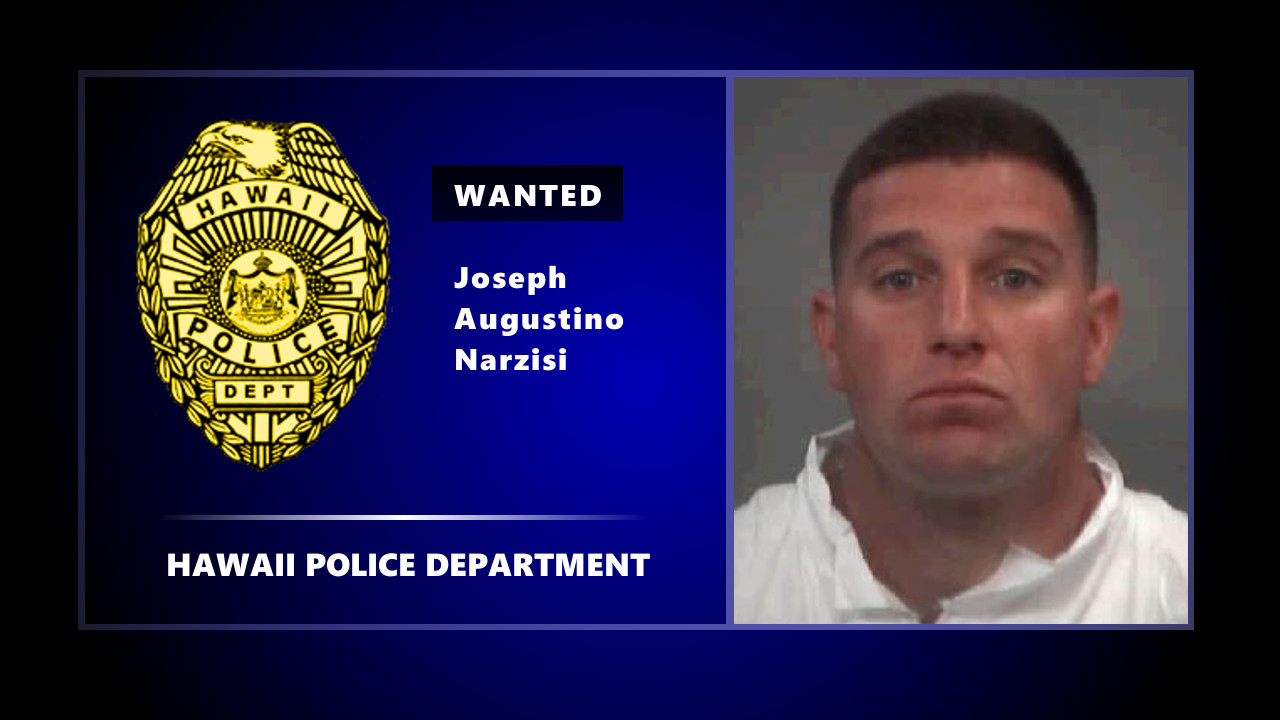 photo provided by the Hawaiʻi Department of Public Saftey, graphic by BIVN

(BIVN) – Police are asking for the public’s help in locating 33-year-old Joseph Augustino Narzisi, who is wanted for escape.

Hawaiʻi County Police say Narzisi was last seen on Sunday (January 5) at about 11 a.m. when he intentionally left a facility in Kona and failed to return.

The Hawaiʻi Department of Public Safety said Narzisi was living in the Going Home Hawaii residential furlough house in Kona. Going Home Hawaii is a community-based, contracted reintegration program for extended furlough program inmates with community custody status and for parolees. Extended furlough program inmates live and work outside of the facility. Narzisi was reported missing from an overnight check. He was not authorized to leave, public safety officials say.

Narzisi is described as being 5-feet-9-inches, 165 pounds with brown hair and blue eyes. He has tattoos covering both arms, chest, as well as a single tattoo in the center of his upper back.

Narzisi is serving time for Ownership and Possession Prohibited Drugs, Methamphetamine Trafficking in the 1st Degree, and Burglary 1, the states says. He now faces an additional escape charge when found.

Police ask anyone with information on his whereabouts to call Detective Keith Simeona at (808) 326-4646 ext. 281 or email Keith.Simeona@hawaiicounty.gov.