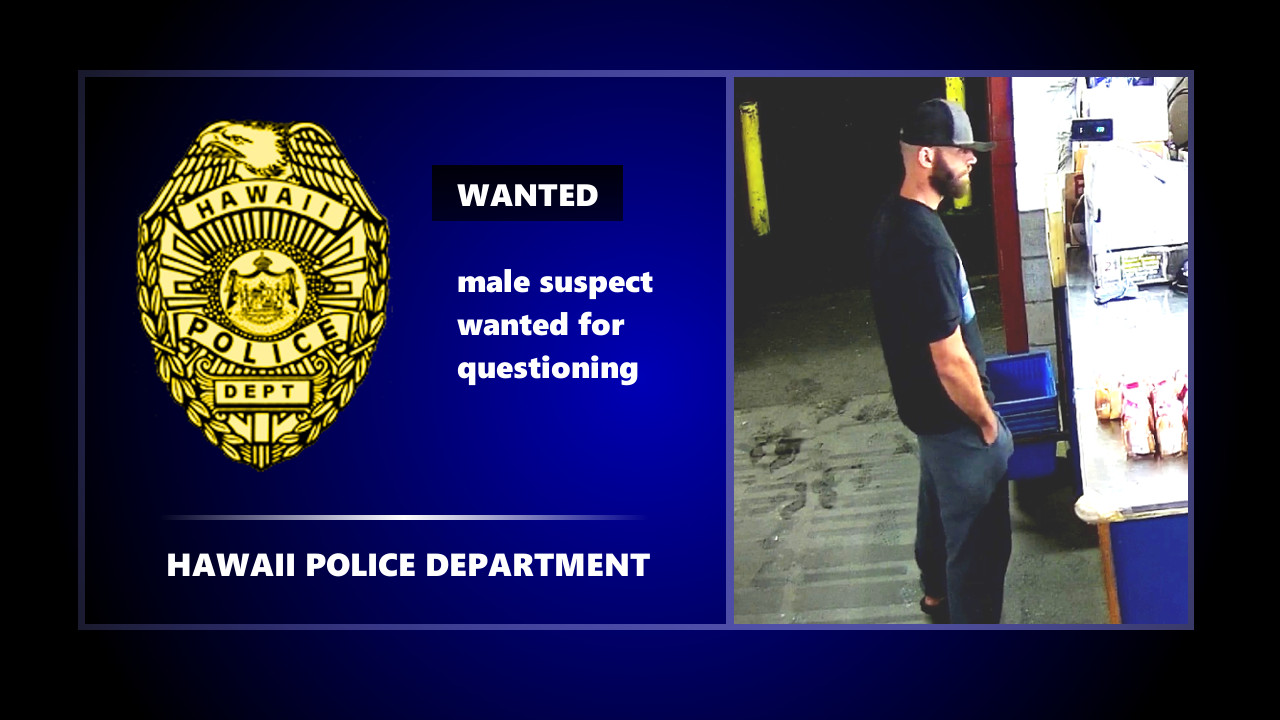 PĀHOA, Hawaiʻi - Hawaiʻi Police are asking the public for help in identifying a male suspect wanted for questioning in connection with a reported robbery at a convenience store in January.

(BIVN) – Over one month ago, a surveillance camera caught an image of a man that police say may have been involved in a reported robbery incident at a convenience store in the lower Puna district.

Police released the image on February 10, and provided this media release:

Hawaiʻi Island Police are requesting the public’s assistance in identifying a male suspect wanted for questioning in connection with an incident that occurred at a Pāhoa convenience store.

On the evening of (January 4) at approximately 7:30 p.m., Puna Patrol officers responded to a reported robbery incident at a convenience store in the lower Puna district. The male suspect reportedly entered the store and demanded money. The suspect was last seen on foot heading towards Kahakai Boulevard in Pāhoa.

The suspect is described as having a fair complexion, medium build, brown hair, and a medium-length beard. He was wearing a black and gray hat, a dark-colored t-shirt with an aqua-colored design, dark-colored sweatpants, and slippers.

Police caution anyone from approaching the suspect and instead advise them to call the police.

Police ask anyone who may recognize the suspect or who may have witnessed this incident to contact Detective Todd Pataray at (808) 961-2378 or email todd.pataray@hawaiicounty.gov or call the Police Department’s non-emergency line at (808) 935-3311.