HAWAIʻI ISLAND - After officially filing his nomination papers as a candidate for the U.S. House of Representatives, State Senator Kai Kahele is back on active duty.

(BIVN) – Hilo’s state senator and candidate for U.S. Congress is back on active duty with the Hawaiʻi National Guard.

According to an email from Kahele’s campaign communications team:

Kahele’s state senatorial staff will continue to serve the Hawai‘i Island community while he undertakes his mission. He is also a registered candidate for the 2nd Congressional District of the U.S. House of Representatives, and his campaign will continue operations during this period. 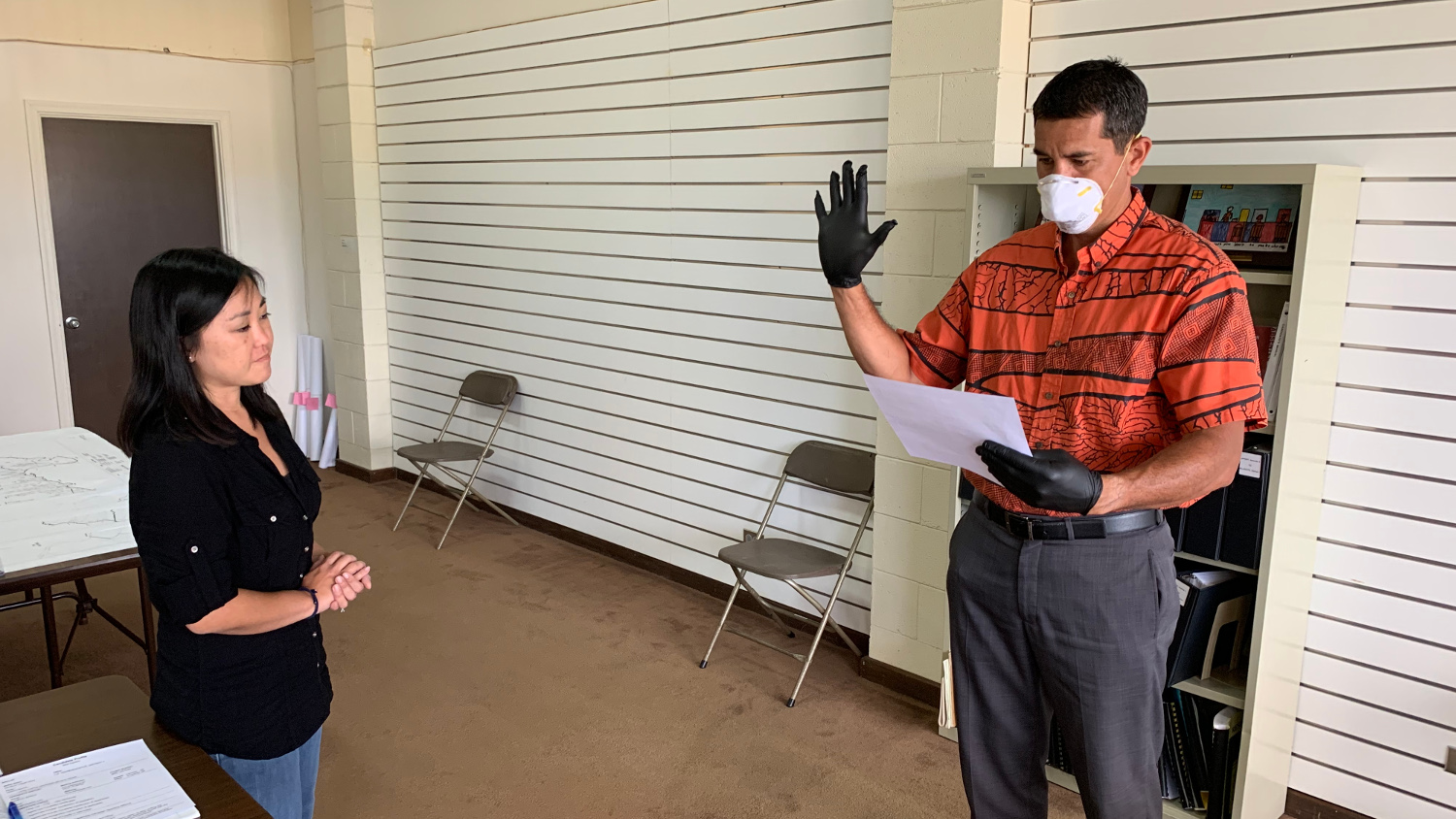 On April 13, Sen. Kahele officially filed his nomination papers as a candidate for the U.S. House of Representatives 2nd Congressional District of Hawai‘i. Despite the suspension of fundraising events on March 13 due to the COVID-19 pandemic, his campaign still raised $124,113 in donations during the first quarter of 2020. The campaign has raised $842,681 to date.

U.S. Senator Brian Schatz had this to say, “I am proud to endorse Kai for Congressional District 2. Kai’s service to Hawai‘i as a state senator and to our country as a lieutenant colonel in the Hawai‘i Air National Guard, U.S. Air Force, has prepared him well for leadership in Congress. I know he will be an effective member of our congressional team, and I am committed to working with him to bring his district the resources they need to respond to the current crisis, revitalize the economy, and address ongoing issues like climate change.”

Sen. Kouchi added, “Kai is a leader who steps up to the plate. He did that when he finished the term of his father, State Senator Gil Kahele, after his unexpected death in 2016. He has continually risen to the challenge, first as the Senate Majority Whip and now as Chair of the Water and Land Committee, and the Senate Majority Floor Leader. You can always trust Kai to step up. I am confident he will represent Hawaiʻi well in Washington D.C.”

Sen. Kidani said, “Senator Kahele is passionate about Hawai‘i’s keiki and public education. As a product of our public school system, from kindergarten to community college and as a graduate of the University of Hawai‘i at Mānoa, I am confident he will advocate for students and faculty at all levels to ensure they are well equipped and have the best opportunities for a quality 21st century education and professional development.”

Former Lt. Gov. Tsutsui added, “Kai Kahele understands the Neighbor Island perspective and will work hard to address the challenges of Hawaiiʻs working families and small businesses in Congressional District 2. Kai’s candidacy provides an opportunity for the Neighbor Islands to have a voice in Congress and a seat at the table – something we’ve not had since Maui native Patsy Mink served with distinction in the U.S. House.”

“I am endorsing Sen. Kai Kahele for election to represent Hawai‘i’s Second Congressional District in the U.S. House of Representatives. I’ve known and worked with Sen. Kahele in various ways for close to 20 years and believe he has what it takes to represent Hawai‘i in the U.S. House. Having proudly represented the Second Congressional District from 2002 to 2007, I believe he understands and is committed to the special and unique needs of the Second.

Most important for me if I am privileged to be re-elected to the House, I believe he will be my full partner in delivering for Hawai’i in Congress and I would look forward to working with him. Although I’m normally reluctant to endorse between viable candidates in contested Democratic primaries, I believe it is very late for any other candidate to contest. It will be far better for Hawai’i on Capitol Hill for me to endorse Sen. Kahele now to help build relationships that will give both him and Hawai’i a solid head start should he be elected to the next Congress.”

The seat is currently held by Rep. Tulsi Gabbard, who said she would not seek reelection in order to concentrate her efforts on a bid for the The White House. She has since withdrawn from the presidential race.